How many of you have ever taken up a new activity, only to find yourself lacking motivation and discipline after a few weeks?

It’s perfectly normal and is even a necessary part of the journey to overcome gaming addiction.

That doesn’t make it any less annoying to deal with.

But why is it that you can go 6, 10, or 18 hours straight on a video game without breaking focus for a few minutes?

That sounds like the opposite of laziness to me.

In this post, I want to share with you how I channelled my obsessive energy from gaming into pursuing my passions.

Hopefully, by the end of the article, you’ll have a better understanding of why you feel unmotivated to pursue new activities. As well as learning how to focus your energy into meaningful tasks, and really take yourself to the next level.

Be sure to check out the accompanying podcast episode on Gaming the System. Listen as you read!

Gaming Has Numbed Your Emotions

It’s very hard for people to find that same energy and passion they have for games and apply them to other activities.

I’ve experienced it a lot, especially as someone who loves learning as many skills as possible.

However, I always find myself burning out after just a couple of months. It doesn’t sound too bad, I’m pretty knowledgeable in a lot of different things.

But, I know that if I want to be successful I need to focus on one thing and become as good at it as I can.

So, why is this happening?

You have to remember that you’ve been playing video games for a long time.

Most people I know started playing video games when their age was in single figures. In my case, it was around 4 or 5 years old.

When you consider how addictive video games are, and how stimulating they are compared to anything else, you can see how it would have a major effect on the way your brain functions.

While it might seem complex, your brain is actually pretty simple. 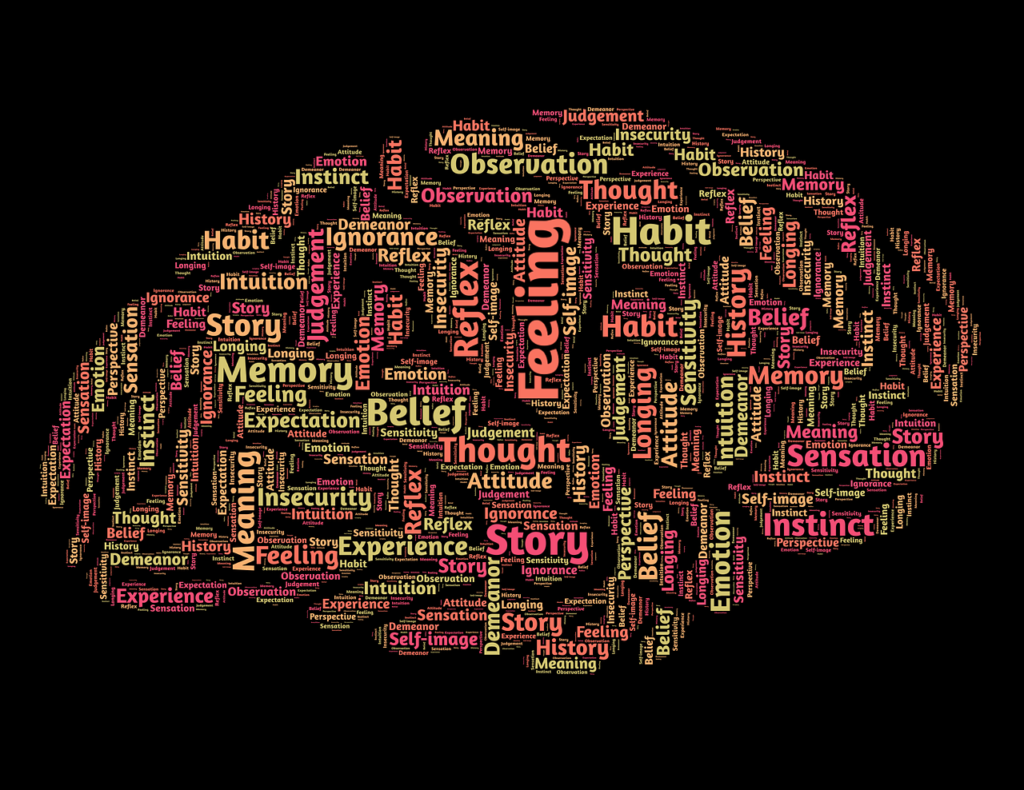 At the end of the day, human beings are animals. Which means we have an animal brain.

This brain has been trained to seek out enjoyment through whatever means possible. In the past, think back thousands of years ago, this hit of dopamine would have come from hunting all day and securing a meal for your family.

Now, you can just turn on your console or whip out your phone and it’s like you’ve been injected with 200 CCs of straight dopamine into your bloodstream.

After continued gaming, your brain becomes hardwired to expect this kind of rush from anything you do.

Therefore, when you take up a new activity and it’s not as fun as you’d like it to be, your brain feels starved.

It’s longing for that hit of dopamine from gaming because literally nothing else can compare to it (apart from perhaps drugs but that’s a different story).

That’s also why we recommend people try to take 90 days off gaming when they want to overcome their addiction. This gives your brain time to reset back to normal levels of dopamine and allows to finally start enjoying things again.

Ultimately, it becomes a battle of how much of a fight you can put up against your own brain. Will you give in to the boredom? Or, will you use your ‘passion’ for gaming and channel it into something productive?

Understanding Why You Play Video Games

We covered this in detail on our recent article about how to quit gaming in college.

To put it simply, the reason why you play video games so much is that it fulfils specific needs. Not just that, but it does so extremely well.

It’s pretty difficult to think of a video game that doesn’t fulfil at least 3 out 4 of those needs.

Now, can you think of any activities you do in real life that come to close to that?

You might be able to hit 2 or 3 of them if you’re lucky, and even all 4 in some rare cases. But the path to getting the same dopamine hit from say, running a marathon, compared to beating a boss in a video game is much longer.

Your brain is always going to take the path of least resistance.

So, what you need to do is identify the main reasons why you’re playing video games.

In my case, it was the need to escape.

I wanted to escape from my problems and struggles in my real life, such as my university work.

For you, it could just be that you’re lonely and when you’re online you feel part of a group.

Just take a few minutes – or thirty – to come up with the specific needs you’re fulfilling with gaming, and then when you’re ready, move on to the next step.

Finding the Right Activity For You

You might have already come to this conclusion by now, but the answer to this question isn’t as easy as you’d probably hoped for.

There isn’t one magic activity that will be the perfect mix of socialising, challenge, growth or escape (except for maybe chessboxing, no seriously have you seen this?).

Ultimately, it comes down to one simple thing:

The truth is, no matter which activity you choose, you’re probably not going to enjoy it at the start.

It’s a matter of sticking with it through the struggles, so you can get to the point where it turns in a passion.

But, it’s not all bad news…

Fortunately, there are some things you can do to speed the process up a bit.

It’s a process I’ve used in the past to become a full-time web developer within 5 months of learning to print “Hello World” in HTML and got my first photography gig within 3 months of picking up a DSLR.

I explained this in a bit more detail over on episode 6 of the Life Unlocked podcast, which you can listen to here.

Basically, it all stems from using the same obsession that allows me to play games for 12 hours straight and channelling it into a particular skill.

It will vary from person to person, but it generally looks like this: 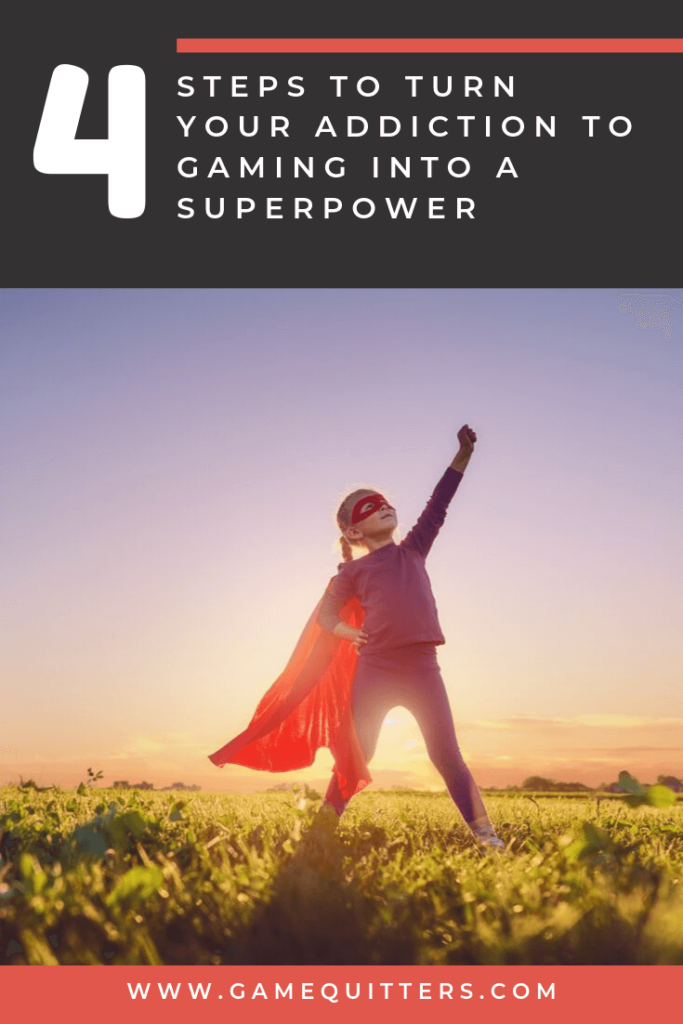 Also, if you just want to take something up as a hobby for a couple of hours a week – like learning a language – this probably isn’t the best approach.

This article is about using the same passion you have for gaming and putting it into something else.

So, let’s quickly break down each step one-by-one:

For me, the desire to learn a specific skill happens seemingly at random.

I might see something online that catches my eye, and end up going down a rabbit hole of guides and videos. Before you know it I’ve got 3 books about how to forage wild mushrooms getting delivered to my house.

Perhaps you’ve wanted to pursue a particular activity or skill for a while. It could something you’ve wanted to do since you were a kid, or maybe someone you know has become interested in it recently.

You can also check out our list of 60+ hobby ideas if you’re struggling.

Whatever it is, make sure it’s something that will be productive and fulfils a specific need. Watching Netflix isn’t a hobby…

Learn More About It

You’re basically trying to understand the mechanics and logistics of learning a skill.

It might seem amazing on the surface, but if it turns out you’ll have to dedicate an entire floor of your house to it then it’s probably not feasible. An extreme example, but you get the idea.

The best way to learn more about a skill is through a combination of the following:

If it exists, there’s more than likely a book or video about it. Spend a bit of time learning and then you’ll get a better idea of whether or not it’s a good fit for you.

Again, even if you’re someone who’s creative and are interested in learning high-level calculus, don’t get put off just because you ‘think’ you’re only limited to creative pursuits like art and music. You might be surprised what you learn about if you push your comfort zone.

Picture Yourself as an Expert

I’ve talked before about the importance of visualization, and this is no different. I’m always finding myself imagining what it would be like if I was fluent in Japanese or a guitar wizard.

As a result, I get an intense desire to pursue the skill further. Knowing what’s possible and seeing myself achieving it makes a huge difference to whether or not I stick to the activity over the long-term.

It’s Time to Get Obsessed

This is where you start taking it seriously.

Not only are you learning through a few articles or videos, but you’re also learning from courses and might even hire someone to help you.

There a ton of free or paid courses on the internet, so make sure to do your research. Reddit is a great resource, as well as Udemy and Skillshare.

Once you’ve found your path, it’s just a matter of walking it.

Dedicate some time every day devoted to learning and practising your skill. It’s important to get real-world experience as fast as possible.

Even if you only have an hour a day to spare, use that hour. Take some lessons out of Deep Work, and make that hour the most productive hour of your day.

As long as you keep this up consistently, and practise properly, you’ll find yourself becoming a pro in no time. 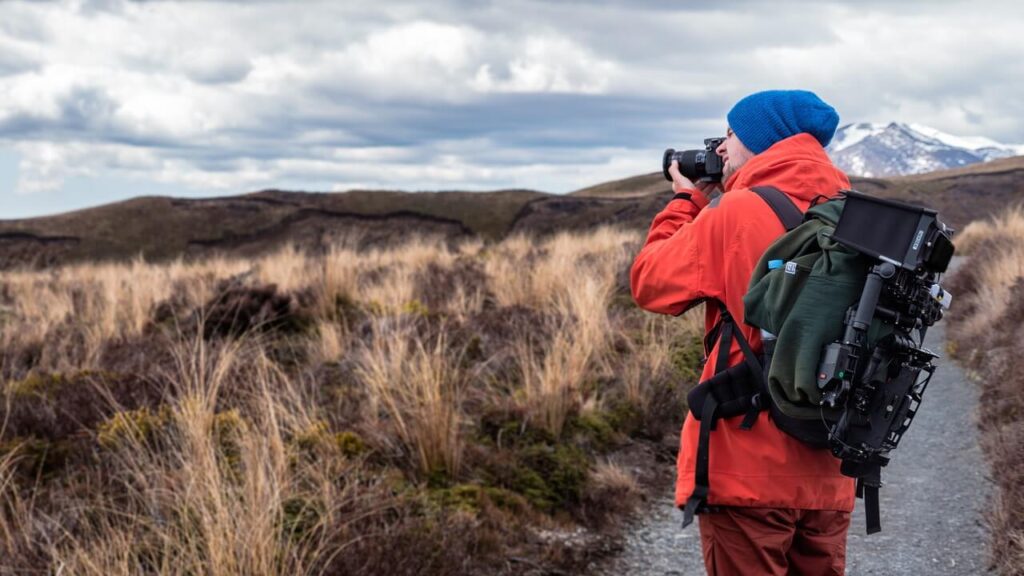 Next Steps – What To Do When It Gets Hard

Look, it’s going to be hard.

There will definitely be times where you want to give up on your skill and just try something else.

But you have to avoid this at all costs.

The best way to do it is by building your awareness.

The next time you feel the urge to go back to gaming or quit learning your hobby, try to stop yourself in the moment and think for a second.

Why exactly do you want to quit?

Are you bored? Is it too hard?

What needs are you missing out on?

Perhaps you’ve been so focused on solo skills, and haven’t made any new friends. Or, maybe it’s not challenging enough and you want something more difficult.

Whatever it is, try to become aware of your feelings and desires in the moment. Then it’s just a case of looking for ways to change it.

Just remember to try and remind yourself it’s about the long term.

Really focus on wanting to become the best version of yourself and make it your priority. Make it impossible for you not to become that person.

Eventually, as you phase out gaming for new skills, you’ll see what you were really missing out on in your life. All the missed opportunities and experiences.

After a while you’ll become so in love with the new life you’ve created, you’re probably not going to go back to gaming.

But if you do, just go back to what I said about thinking in the moment. Process your emotions and eventually, you’ll become unstoppable.

As always, thanks for reading.

Previous Post: Busy Work is Killing Your Productivity – Here’s How to Fix It

Next Post: How to Find a Mentor and Level Up Your Life