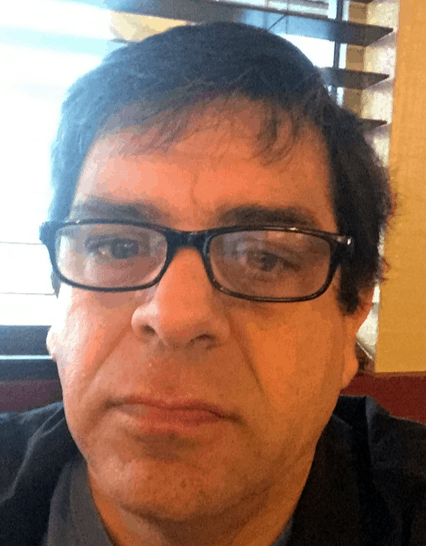 When did you start gaming? What games?

This is the fun part. I am 56 years old. I was born in 1961. So when I was most of you’s age, there were no video games. We had pinball, monopoly, dice and cards. Yes, I am that ancient. I played some Pong when it came out (as a coin-op game). I played Defender and Tempest.

It was like a dream come true when I moved to Silicon Valley and got a great job at Atari. I was a tech on the Atari 800 and 400 (8 bit) computer production lines. Yes, they manufactured them in California. I actually had to play Super Breakout in the course of testing broken computers.

But what we’re really talking about here is PC games. I never got into consoles. I learned to program in Atari BASIC. It got me into programming.

I played the classics on my Atari 800. Centipede, Donkey Kong, Defender, and JumpMan (it’s very addictive). This was around 1984 when I got married.

Later I got a PC and played Scorched Earth, which was a fun port of an old mainframe game. Eventually I downloaded the Descent demo and the Tomb Raiders demo. After my old 8 bit games, I was just freaking amazed at what they had done. I got a disk for Total Annihilation and the first expansion. I actually played that with my daughters.

Then online gaming came. I fell into this cycle of downloading games, playing hard for months, and getting mad at them only to download something else. I stuck mostly to free-to-play games. Now and then I would pony up for some add-on content.

I don’t remember the order, but there was Star Wars: The Old Republic, Tera Rising, City of Heroes, DC Universe Online, Champions Online, Battlestar Galactica Online, Star Trek Online, Eve Online, Blade and Soul, I was in Second Life most of the time. There were other games that I played to a lesser extent.

I liked that in gaming there was always a little victory every few minutes, because in real life you can go weeks or months without winning anything. I also had hopes that I would find some good buddies online – a guild or league that would become friends and become close. As most of us know, you rarely-to-never find anyone real, and your friends are only as close as your last raid wins.

Watch: What to Stay Friends With Your Gamer Friends

As a coder I was taken in by the sheer beauty of games. The airless wonder of the early games, the grunge and decay of the more current ones. I still find Homeworld and Tera to be high art.

I would write business database software all day just hoping to be able to one day create such crazy and wondrous programs. I didn’t end up doing much game design though, the abject laziness I had fallen into made it so that I was unable to overcome the hurdles of learning game design. It is quite involved after all.

When did you notice it becoming a problem?

I knew it was a problem in one way or another since forever. I just had too little willpower to even try to do anything about it. Real life made me feel sad and unwanted, at least in games I could beat a boss or level up every now and then.

What consequences did you start to experience?

Well, let’s see. I let my business fail, I lost everything in 2008. Pension, savings, 401K, medical insurance. I had an office for my business downtown, I would show up there at 8AM and come home at 11PM having done nothing but game all day.

On weekends I went in anyway, even though there was no work. It took well over a year to burn through the severance pay (mostly because I had the foresight to pay off my mortgage rather than refinance it 30 times to get a boat or go to Hawaii every year).

When did you decide to quit?

To me, the legacy I leave behind matters. My family, my achievements. I had fallen into a state where I didn’t think anything I wanted was possible. I was in a frustrated, lonely and hopeless place. I would get fed up that I had played a couple years in SWTOR and maxxed out all my characters.

I kept playing until I got all the first level PVP gear. I didn’t know at the time there were lots more levels of gear. I would queue for a dungeon and get trounced. You can’t get better gear unless you win, so I got frustrated, gave millions to some newbies, and uninstalled.

I had done this many times with many games, and I always went back to another game within a few months. I wanted this to be the last uninstall. I had no games left on my computer, but I had nothing else to fill my 40 hours a week, so after a week I loaded another game. I felt like such a failure that time.

The last couple of times, I found that my life still sucked, and I had lowered everyone’s expectations so much that they were living their lives without me. I found that I had NOTHING to fill my time with. I spent days bingeing on Netflix and YouTube.

Then I googled for how to quit video gaming.

Did you seek help or support? Start the detox? Relapse?

When I found myself unable to work, I saw a doctor. He got me started on meds. I’m still not sure how well that’s working out.

I started the detox as soon as I read the forums and the material Cam supplied. I made it all the way through on the first try. So far I have not relapsed. I’m over 100 days now. I also started taking a few classes at SkillShare. I actually went to the symphony! I have stopped hoping everyday that my wife will leave the house so I could game undisturbed.

What benefit(s) have you gotten from quitting?

Well, it’s early yet, but the primary thing is I have found hope again. I no longer feel helpless and trapped. I feel like my life may amount to something after all.

This story was submitted by a member of our Game Quitters community. Sharing your story is one of the best ways to encourage others to quit gaming too. If you care about this issue, SHARE this article to let others to know that life is so much better without gaming.

If you are reading this and you are struggling with a compulsion or addiction to gaming, you are not alone. Check out Respawn, a program specifically designed to help you quit gaming and take control of your life back. Backed by scientific research, join thousands of others like you who have quit gaming. Start your journey today.

Previous Post: Why I Stopped Playing Video Games – Once and for All.

Next Post: The Effect of Gambling on our Youth in a Modern World.