“I came to Japan with big dreams. Three years later I was stuck at home, with no friends, no job, playing 30 to 40 hours a week. I was depressed.”

Saturday, October the 15th, I completed three months without putting my hands on a single video game (console game, computer game, smartphone game, you name it).

Before I go further, I’d like to make it clear that I don’t have anything against video games. I don’t want to go in this merit, whether video games are good or bad – I’m not qualified for that.

What I want to share with this story is not a debate about video games, but my personal experience with them (and the thousands of others who suffer in silence).

Those who know me well enough know that I’ve always considered myself sort of addicted to video games. I’ve had the habit of playing since I was about 9, when I got my very first console. I was hooked, and since then, gaming had been a part of my life.

The truth is even though I called it an “addiction”, gaming had never brought me problems. I had good grades at school, and many friends with whom I shared different hobbies. I’ve had a band, graduated from college, got a job, learned how to dance, received a promotion, etc. My social life was relatively active, yet I’ve always found time to escape for a few hours on the weekend to play games.

It had been like this for many years. Gaming was just another part of my life.

One day I decided I had enough of my hometown and tried my luck here in Kyoto, Japan. My plans were to study Japanese for a year in a language school and then, after getting a grasp of the language, find my place in the Japanese workforce as an engineer.

At that time, four years ago, it seemed like a good plan. I made friends from different countries. The classes took only 4 hours a day so I had a lot of free time, much more than what I’d like to have.

I had been to Japan before so I didn’t feel like exploring the city as much as I should. My friends also didn’t seem to be interested in sightseeing either.

I felt like I was in high school once again, when my only responsibility was to do my homework. After finishing it, I had the whole day available to do anything I wanted.

From all the endless possibilities that are available to us in the modern world, I decided that checking which games were hot at the moment was the best idea (ugh!). Fortunately (or more likely unfortunately), one of these games ran perfectly on my old laptop, a game called League of Legends.

When a Habit Becomes an Addiction 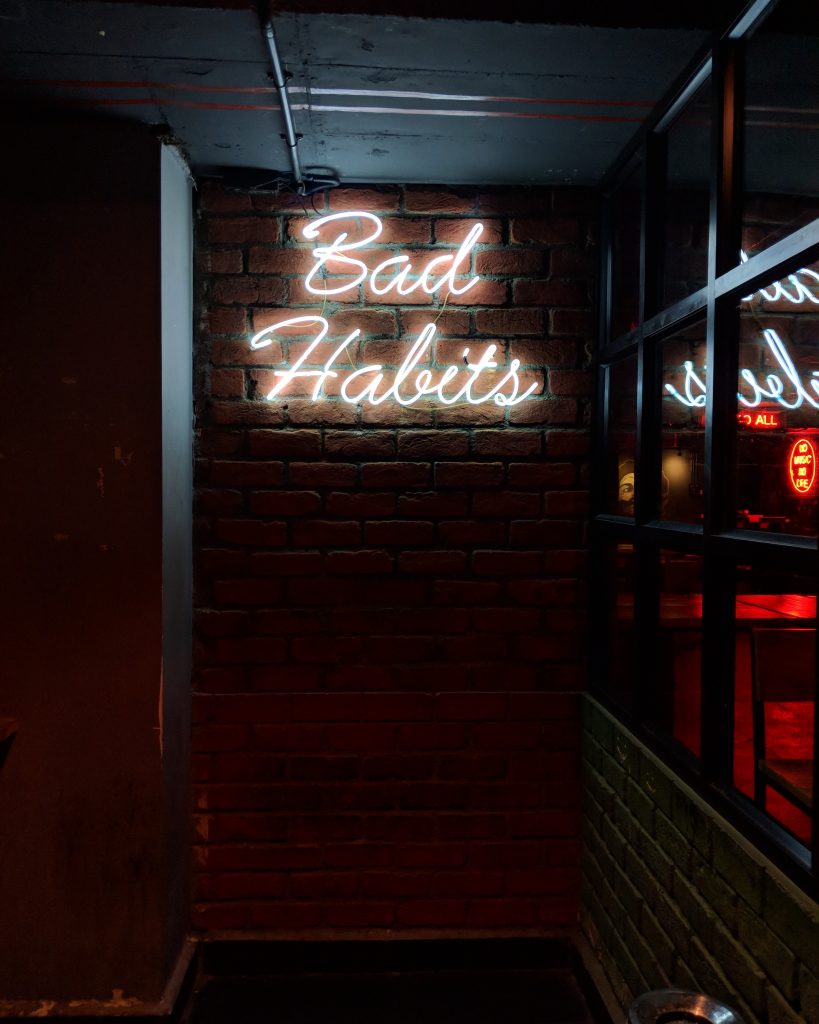 After a few weeks I started seeing many of my fellow friends getting better grades than me. That didn’t matter much because I knew I only had to focus a little on my studies to be the best student of the school.

The problem was that I was too busy playing games to focus on anything else.

Meanwhile, I got two different part-time jobs that filled my then 24h/week I was allowed to work under a student visa. These jobs helped me ease the burden I had created of playing over four hours per day, every day.

This situation continued until the end of my classes. As my Japanese was still not good enough, I decided to study one more year by myself and then take the proficiency exam. But deep inside, I was happy as a boy after finishing his last school day. I wouldn’t have to go to school anymore – which means more time to game.

Some of my friends went back to their countries, others stayed at school for another year; all the other people I met in Japan lived in different cities. Home alone, working only a few days a week, I used basically all the time I had left to play and improve my skills in this new game, which was online and extremely competitive.

After another six months without any real life progress (I was getting better at the game), I decided to stop. I had to do something different, for my deadline was getting near and my goals still seemed very far away.

I got a different job, one that gave me the feeling of what it is like to be part of the Japanese society. I got married to my girlfriend, so the working limit I had on my visa was gone. I started working more hours, but I couldn’t stop playing video games.

All the time I was supposed to be studying was used to game more. One year after I had left school my Japanese level still wasn’t good enough to get approved in the exam.

The worse of it all, I didn’t acknowledge that gaming was a problem in my life. I thought addiction, real addiction, was something different, far away from my reality. No, not me. I’m not sick.

Eventually, and with a little bit of luck, I got the certificate of proficiency that I needed. I got approved in my first try on the exam. Six months after all my friends from school got it. Yet, I did it! And that made me go on without realizing the damage that gaming was doing to me.

Actually, I was only aware of it six months ago, when my work contract came to an end, and I was left with one part-time job, working twice a week.

Playing games was good – too good. It was immersive, challenging, social, stimulating. However, I felt devastated after turning off the computer. I was defeat itself. Millions of thoughts came through my head. I left my family and friends in my home country, quit a good job, and promising career.

I came to Japan with big dreams. Three years later I was stuck at home, with no friends, no job, playing 30 to 40 hours a week. I was depressed.

I didn’t know what to do. I tried to limit my gaming time. I tried playing less addictive games. But I couldn’t do anything but play. I changed from one game to another, always saying to myself “after I finish with this one, I’ll stop”. But whenever I finished a game, there was another cool game being released. There will always be.

Watch: There Will Always Be Another Game

After a lot of research on the internet, reading a lot of advice from people who had no idea what they were talking about… I discovered Game Quitters. Suddenly, I finally understood I had a problem with games. A problem that many other people shared.

I wasn’t all by myself anymore.

The gaming habit was strong, very strong, and I struggled another three months before asking for help from the community. But once I took that step, everything started to become clearer in my head.

When you show up and make a public commitment, you will do everything within your reach to keep your word. It was then that I committed to the 90 day detox and to re-evaluate my relationship with video games.

During those 90 days I learned a lot about my addiction and the reasons why I had kept playing video games. I used games to fill in the void I had in my life.

I had already left behind a huge part of me when I left my home country to come to Japan: my career as an engineer (only a few people know how hard it was for me to get that diploma). Now I was leaving behind another important part, a hobby I had since childhood.

I was losing my identity.

However, this change was more than necessary. I had to get in touch with my inner self and find out who I really was. I had to reach for my soul, begin to dream again and live my life with purpose – a life that I would be proud of living.

Watch: How Video Games Fulfill Your Need For Purpose

Of course, this was not something to be done within three months – to quit playing is only the beginning. It was only a single, but required step.

In the last three months, a lot has changed:

The message I’d like to leave is: my problem was with video games, but you can change video games to a different word and you’ll have a bunch of people who suffer in silence because of a compulsive behaviour that took them over, and keeps them from living a fulfilling life.

The world has evolved, and so has our problems.

Maybe there is someone you know that might be alone, in pain, suffering from an abusive habit that keeps her from living a life worth living. If that person is you, reach out. Don’t wait one year like I did. We are stronger together.

The article above was written and published in October, 2016, on Medium in Portuguese with minor edits. Except for one week that I played Action Quake 2 online with my brother (pure nostalgia) for a couple of hours in May 2017, I’m still game free.

I have fond memories of video games, but the thought of playing them again seems so silly to me now. I can easily think of dozens of things I would rather be doing with my time. I want to be a published writer. I want to own a profitable business. I want to teach. I want to learn. I want to make an impact in this world. Gaming just doesn’t fit those goals.

This story was submitted by a member of our Game Quitters community. Sharing your story is one of the best ways to encourage others to quit gaming too. If you care about this issue, SHARE this article to let others to know that life is so much better without gaming.

If you are reading this and you are struggling with a compulsion or addiction to gaming, you are not alone. Check out Respawn, a program specifically designed to help you quit gaming and take control of your life back. Backed by scientific research, join thousands of others like you who have quit gaming. Start your journey today.

Previous Post: How I Restarted My Life by Quitting Video Games

Next Post: Interview with a 56 Year Old Gaming Addict