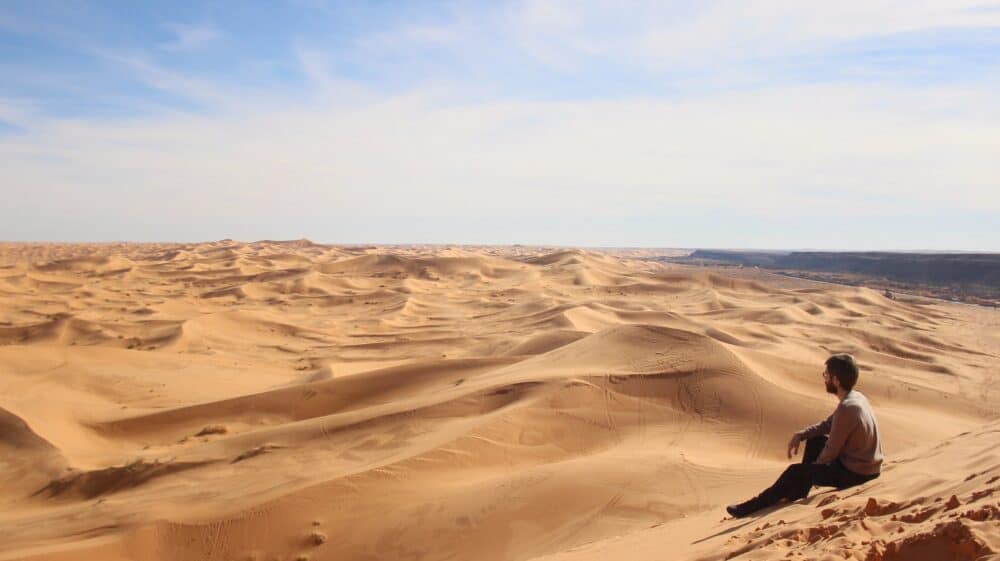 “What should I try first, quit gaming or killing myself?”

Since I was very little everyone noticed I was really smart. Calling oneself smart right from the beginning usually raises some eyebrows. In my case, it wasn’t a blessing to brag about, or a one-way ticket to instant success. It felt like a curse for most of my life.

Much later I found out there are common issues that come in-hand with unchecked intelligence: overthinking, procrastination, depression, increased school failure rate…

It’s not so cool to just have neurons and not the first idea of how to use them or why, as it wouldn’t be so cool to be stranded in an island with a million dollars. If you feel like this too, I get it. You’re not alone.

I talked “weird”, I acted “weird”, I was “socially unfit” according to some teachers and doctors. Then I was bullied.

At Home Things Were A Mess

My father drank too much, my mother worked too much, my grandma doted me too much. Everything in my early life happened in excess. It’s an excess to talk fluently about politics at 5, being dropped from a car and left behind in a parking lot at 7, or still spoon-fed and dressed, like a French king, at 10. Though I regret nothing. Even if I could.

I will never say I was “bound to”, or somehow destined to game too much. But I also recognize a universal truth: people like to feel good. When things are tough, we like to break away, find our personal safe spot and get our much needed dose of dopamine and comfort. Nothing wrong with that: pleasure, satisfaction, relaxation, and enjoyment are all main drivers of the human experience. They are what make us do new things, or keep going at the old ones.

Most times. Dopamine and comfort can also lead to escapism and stagnation. I came to know both too well.

Everything about video games was positive at first. My cousin and uncle introduced me to the world, family members that I trusted, fellow men to look up to. My gig was PC turn-based strategy, mainly the Total War Saga and Paradox. I could forget my problems and feed my ego with an endless (and repetitive) stream of megalomaniac fantasies.

I was still a child so I wasn’t allowed to meet people online. I guess this makes my story a bit different from the average gamer. Instead I could go to my uncle’s place every summer and show him my improvements, fairly good for a kid but still meaningless considering I was playing against a dumb machine. That’s the reason why if someone asks, I’ll usually say: “I wasn’t even good at them”.

This isolation actually helped me a lot when I quit many years later: thankfully no social interaction also meant no gaming friends to say goodbye to, no habit of playing free-to-play MMOs, and so forth. I ended up buying all my games (that means making my mother buy, with lies and sometimes threats) for pride and achievements, and the economic barrier set by getting rid of them always kept me from returning when everything else failed.

Things Got Out of Control Fast

From 8 years old onwards the only activity I can mostly remember was video games. The same two or three games, again and again. Like a literal drug I’d take to numb myself.

I had a serious case of unattended existentialism and the first thing I noticed when I stopped playing was how little the games were the actual problem and how deep I was trapped inside a pit of never-ending despair. That realization was yet to come.

Meanwhile, I dropped high school, all my relationships were toxic, and I had nothing to wake up for in the mornings. In fact I didn’t. I entered a gaming-passing out-gaming cycle. 8 hours a day. Then 12. Then 16. Every day.

For me, quitting was a quest for meaning in its purest form. To keep playing meant not asking the real questions, to hide from the most basic layers of reality. Scared to live, I was dead. 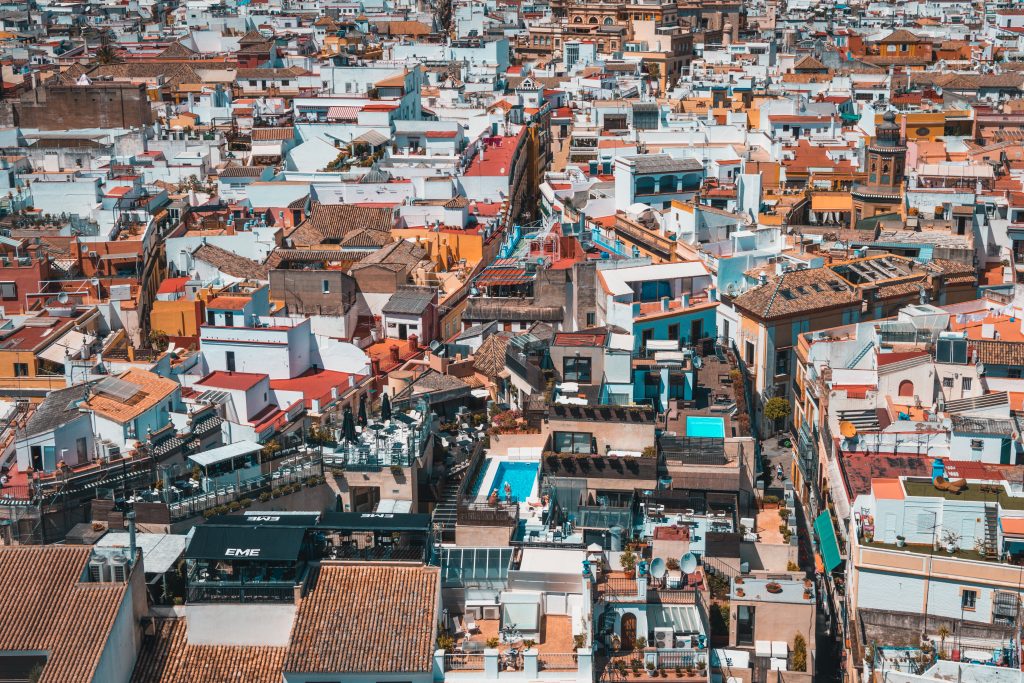 When I was 19 I felt I had enough and fled from home.

I was then reading The Element (Not The Secret, mind you) and my head formed the crazy idea that if I went and stood in front of the right places, like the book implied, something would happen, decidedly relevant and inspiring. A life-turn.

It did. I reached Seville and while vagabonding I stumbled upon the Dramatic Arts School. I had discovered theatre at 16 and loved it, so there was not a single doubt. It was a hell of an adventure, if you want the crazy details you can read them here.

In summary: in only two months, I transitioned from socially awkward high-school dropout, to college student living semi-independently with two amazing girls, lots of new friends and a bright future to look forward.

And Then, Video Games

Not simply video games, to be fair. Again, games were just a symptom; the pretext, the mind-numbing drug. In the end I was terrified to take responsibility and choosing to be, not simply to exist, with all its consequences and metaphysical fright. There are incredible things in this world, things worth every challenge they can throw at you to get them. However I would not allow myself to accept that yes, I wanted those things.

Yes, I could fail. Yes, it could happen to achieve everything I wished for and then become bored or disappointed. And yes, I would eventually die and “lose” everything I fought for. I wouldn’t come to terms with life as something fluid, changing, relatively ephemeral, supposed to be that way and therefore not a bad thing in the slightest (after all, it’s not like there are alternatives to compare, outside a game, I mean).

But no, I wouldn’t concede. It had to make sense the way I wanted, I wanted to control everything so bad. It wasn’t to be, so I gave up on everything else. 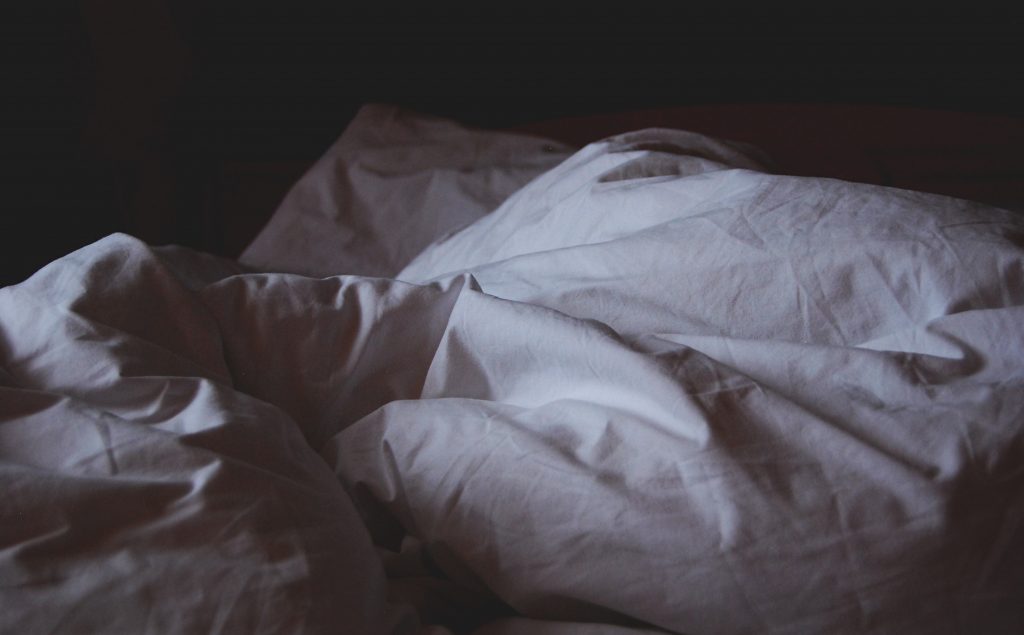 Well, that and I was also really clumsy at organizing myself. How could I not be? My grandma was bringing breakfast to my room until not so long ago, after the detox.

The worst mistake of my life was not taking the initiative to learn to be self-reliant, head-on, without laziness, without excuses. Do not be like past me. Think by yourselves, experience all by yourselves, take action in your own terms.

We’re nothing but slaves of those we depend on, no matter how kind or well-intentioned our masters are. For a grown-up, this should be unacceptable.

It really got crazy back then. I would wake up late, skip classes, steal a bit of breakfast from my flatmates, play video games, feel terrible (and nauseous), skip shower and meals (I wasn’t doing groceries and didn’t have the strength to raise my arms); then spend the night at the PC again.

I was ashamed to be seen (and smelled) in that state so I went out of my room less and less. I became a shut-in and the only thing I did was gaming.

Until there was a time I spent a night in Psychiatric Ward after having my first serious suicide thoughts, become scared shitless and go to the hospital on my own accord.

I should have nightmares about that night, there was literal screaming, metallic rattling and all you can imagine from that kind of place, exaggerated as it may sound. I was so “out” in that moment that I didn’t care, I could only think about “Some wacko please come kill me and spare me the job”.

After months of that lifestyle, I couldn’t hold on anymore and returned to my hometown, to my previous NEET state. I gave up on everything that minimally mattered to me. I was completely crushed, devastated. The suicide thoughts came back. I had one last option to try before truly considering committing to the end. Everything converged into one single question.

“What should I try first, quit gaming or killing myself?”

Quitting games or quitting my life. I can’t be happier to be writing this.
I googled my struggles, as Cam also did and brilliantly joked about in his TED talk. This time, instead of a disappointment a certain video came up.

I remember my first impression was: “Man, this Cam guy is not your average Tony Robbins (super alpha attitude and over the top delivery, you know?). I can relate to this, this guy knows 100% what I’m going through”. I followed the links, reached the forum and bam, I was in. [Disclaimer: Tony Robbins is awesome, I just felt his mindset was beyond this Universe back then. Now, only a few galaxies away.]

The first months were madness. 16 hours a day of existentialism, death anxiety , depression, panic attacks, withdrawal symptoms and nothing to do. Nightmares, hand shaking and body spasms, cold sweating, mild fever, nausea… And let’s not begin with what was going on in my mind.

It felt like quitting cocaine cold turkey. It took me 9 months going back and forth until I made a real commitment and got rid of Steam on July 28th, 2016. 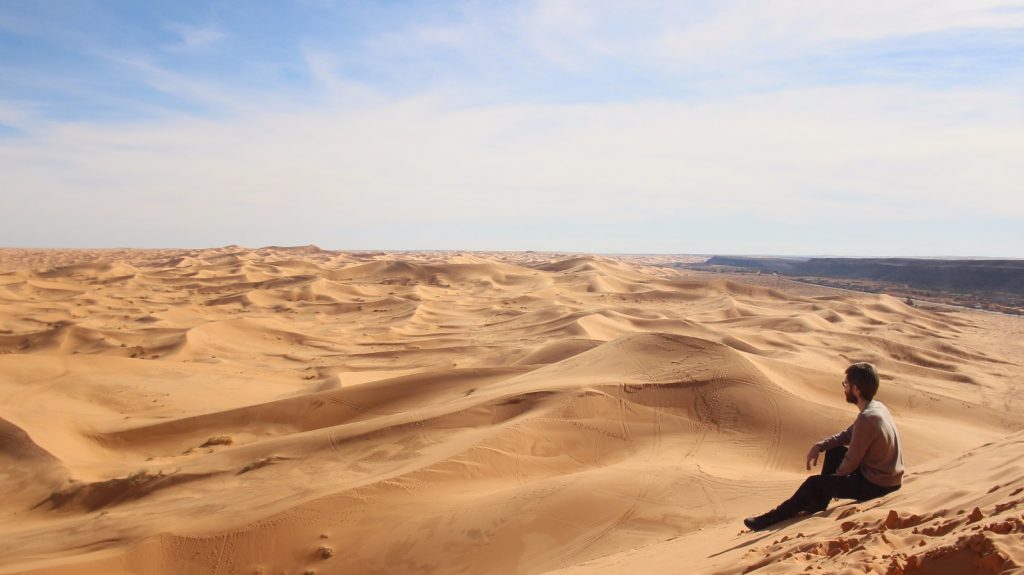 Since I quit, I could travel to 5 countries in 3 continents, meet new friends and find my first love (with a rainbow twist!).

In terms of my future, I’m in the process of joining the Spanish Armed Forces, and then I’m looking forward to my university studies. I’ve always loved politics: coming out from the closet of my feelings was way easier than the closet of my aspirations.

I kinda hate quotes and mentions, they make you look like a smartass. But then there’s Victor Frankl and his thesis about “finding a meaning for your own suffering”. All the symptoms, all the issues went away as fast as they arrived. A few of them, the milder ones, still come and go much less frequently and weaker; they may be occasional visitors for the rest of my life. But I’m not afraid anymore. Everything passes, given enough time.

Our only job as conscious beings, our only absolute free choice, is to never give up. Ever.

Quitting games is not easy. Living in general isn’t. You must find a meaning, not only for the things you enjoy or desire, but for your struggles, your fears, your doubts.

It’s ok to feel life is going to come down on you, it’s ok to feel you’re about to hit the ground so hard while you take on the whole world if needed be. That’s what I didn’t understand. That’s how I noticed games were not the problem when I finally quit them.

It’s not about being consistently overjoyed. That is humanly unsustainable, at least the way I conceived it. It’s about always being mindful and one thousand per cent focused on your purpose. The residue of this purpose, if genuine, is happiness. 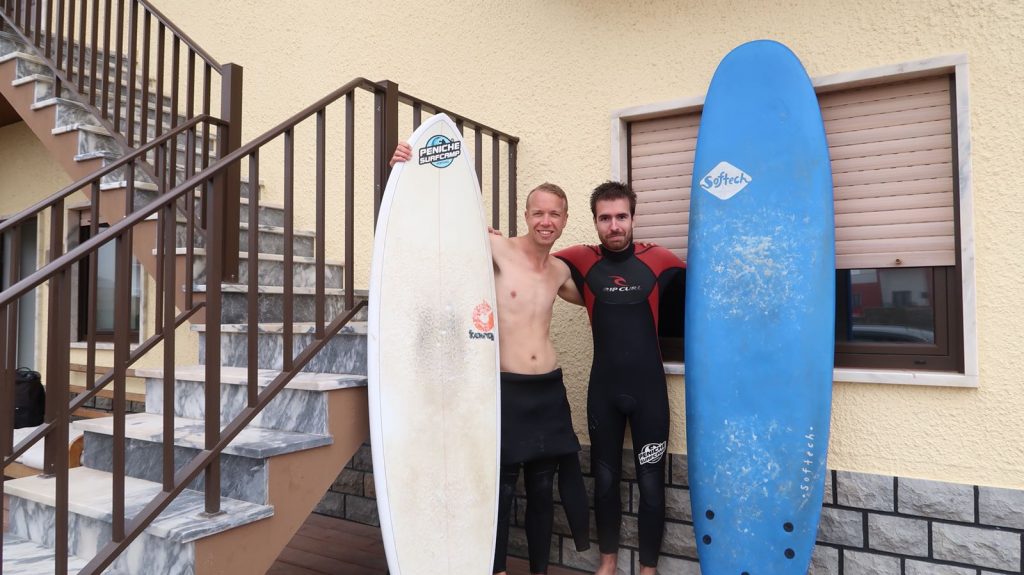 This story was submitted by a member of the Game Quitters community. Want to inspire others? Share your story here.

Previous Post: Is It Worth Quitting Gaming When You’re 16 Years Old? ??

Next Post: From Punching Walls and Skipping Class to His Best Grades Ever: Chander’s Story of Quitting Video Games