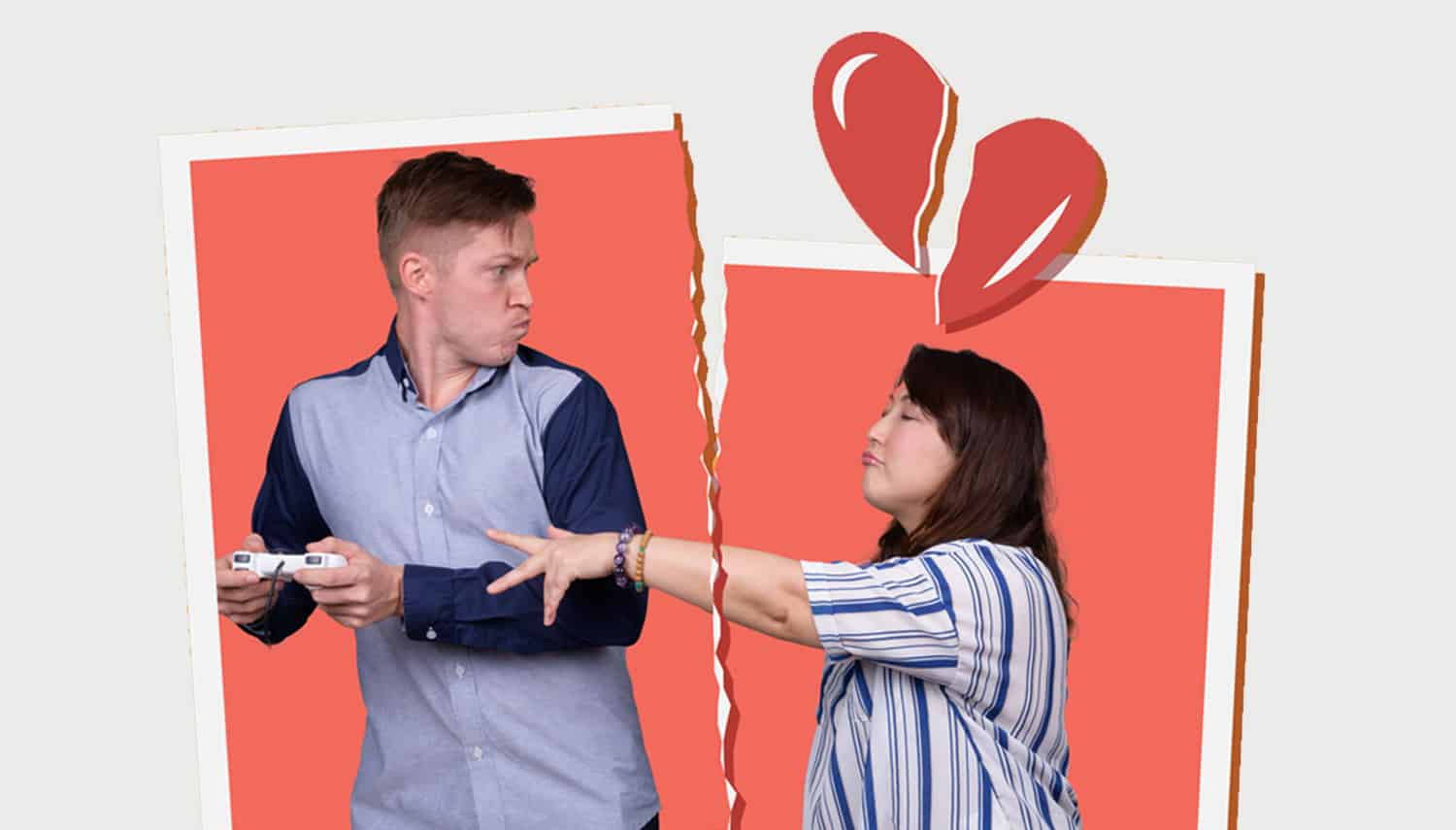 While gaming is a harmless activity for most people, it can become a problem and you may find yourself wondering if your husband is addicted to video games.

Is your husband staying up late and playing into the night? Is it creating a vicious circle where they wake up tired and irritable the next day, and then spend more hours playing video games to relax? If so, you’re not alone.

In this article we look at true stories of husbands hooked on gaming and explain how it’s possible to quit video games if they are harming your relationships.

“Gaming kept me from spending time with my wife. Since I’ve stopped our relationship has improved a lot.” –Caleb

Get immediate help for your husband’s gaming problem. Book a free Gameplan call now to learn if our program is the right fit for you.

Warning signs of a gaming problem 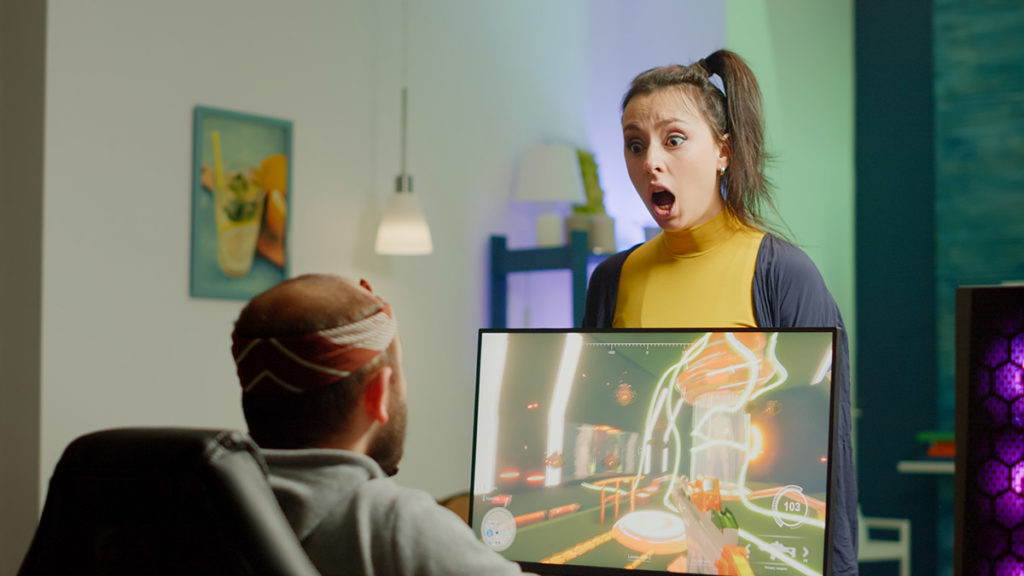 Not everyone who spends hours playing video games has a gaming problem. Here are some warning signs of gaming addiction, or someone you care about, may have crossed the line between loving to play and having to play:

Are you concerned about your gaming or wondering: ‘Is my husband addicted to video games?’ Take our video addiction test to find out if you, or your loved one, meet the criteria for problematic use.

Stories of husbands addicted to gaming

Video game addiction can have a devastating impact on the lives of the gamer and those around them, especially spouses or partners. We’re often contacted by people saying:

If you’re wondering how to talk to your husband about their gaming addiction, these three real-life stories may help you broach the subject.

From fun hobby to divorce – the wake-up call I needed 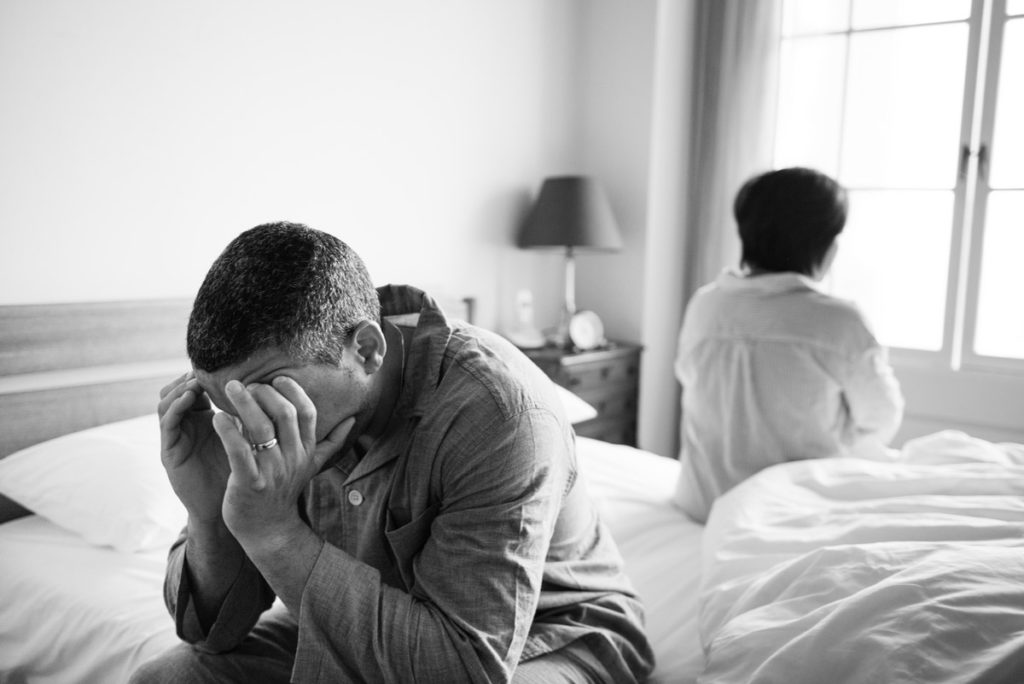 A member of the Game Quitters community has shared his battle with video game addiction. He can’t remember the first few years of his children’s lives due to prioritizing gaming and regrets missing out on memorable times: “I knew I was making a negative impact on my family and realized there was no way for me to manage my time with gaming because I didn’t have the self-control.”

Things went from bad to worse as his life became increasingly consumed by gaming: “What really sent my marriage and relationship to my family into freefall was choosing to switch from day shift/second shift rotation at work to straight nights for the sole reason of being able to have more time to game through the day.”

Sadly, his marriage didn’t survive but it was the wake-up call he needed to quit gaming: “It took something so catastrophic such as my divorce to make me realize how much I missed out and ignored in life. I lived in a virtual world and ignored reality.” Today, he is in a new relationship and working to keep his gaming under control. Read the full story.

Discharged and divorced – my road to recovery

This story from the US shows the damage that excessive gaming can cause: “What started as a harmless hobby, transformed into a life-destroying addiction. One that ultimately led to me getting discharged from the military and having a marriage ending in divorce.”

He recognizes that video games were the root of his problems: “Gaming was always my number one priority. Over my wife, my child, and the countless jobs I had squandered away.” Determined to turn his life around after the divorce, he committed to three months of ‘gaming detox’, sold his gaming equipment and ditched all technology: “I didn’t even use my smartphone during this time. Friends had to fill out my job applications on their own computers.”

He is now able to play in moderation and has a supportive girlfriend: “Life is so much bigger and more rewarding than what any game can offer you. I’m living proof that you can overcome your addiction and really create a life worth living.” Read the full story.

We’re contacted by many spouses who don’t know where to turn. This story is typical of someone who refuses to recognize they have a gaming problem. His wife says: “He doesn’t play every day but even if he’s not playing every day, he’s constantly watching streams or game play videos. On the weekends he starts playing at like 11pm and then will go to bed at like 3am or 4am.”

She continues describing his preoccupation with gaming: “He built his own PC and has gotten a laptop that’s good for gaming… Whenever I visit my parents and I’m not home, he ends up spending most of that time playing… Lately he’s been obsessed with the PS5 and playing Call of Duty.”

But despite this, her husband refuses to recognize that he is addicted to gaming: “He vehemently denies it every time I bring it up and refuses to see that there is an issue. His gaming habits have caused many fights and I feel like he’s in total denial and gaslights me constantly and says I’m exaggerating.” Read the full story.

How Caleb improved his marriage by quitting gaming

Tired of feeling like a slave to games and wanting to finally get control for good, Caleb joined our coaching program in December. 94 days later, he’s free.

Instead of gaming, Caleb is now spending more time with his wife, engaging in new hobbies like board games, making extra money and learning to cook. “My priorities have shifted” he says.

His wife has noticed the positive differences too:

For Caleb, he had been gaming for 15 years. But he’s 31 now and he wanted something different for his life. He had quit drinking and smoking weed… but his bad gaming habit was still around.

That burden is no longer weighing him down. He’s free!

“Gaming is not a substitute for the adventure of real life.” –Caleb

Help for your husband addicted to video games

Do these stories resonate with you? Is your relationship being destroyed by gaming? Concerned your husband is addicted to video games? You’re not alone and we can help.

Book a Gameplan call to see if our coaching program is a good fit for your husband to get gaming under control. Limited spots are available.

Previous Post: Do Video Games Cause Violence: Fact or Fiction?