If you found yourself 60 pounds overweight, your grades dropping, and you had no confidence… what would you do? The idea of body transformation probably sounds like a pipe dream.

Would you continue to escape into video games? 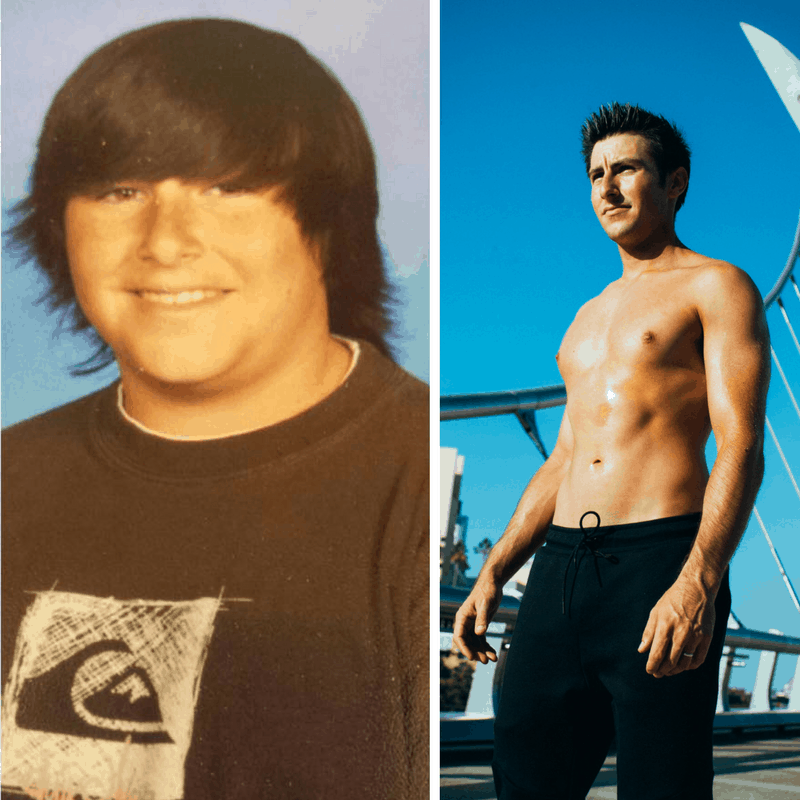 Or, would you make a decision that could change the course of your life forever?

That’s the exact situation Nicholas Bayerle found himself in.

After his dream of being a professional Motocross rider came to an end, he found himself 60 pounds overweight, grades dropping, and no sense of confidence.

In fact, as you will learn in his story, it got to the point where he was so embarrassed of himself that he was wearing multiple sweatshirts to try and cover up his weight.

From Skinny to Buff – How Fitness Changed my Life

Today Nicholas has a 6-pack for the first time, he’s been married to a (his words) “super hot chick” for the past five years, and his business takes home multiple 6-figures. What changed? He quit gaming.

Nicholas and I go in-depth not only into his story, but also how he’s managed to get to where he is today.

One of the biggest changes he made was learning to master his health, which he believes (and I agree), acts as a foundation for the rest of his life.

By mastering his health – an area that we ALL have control over – it has allowed him to apply the same discipline into other areas of his life, like relationships and business.

What to Do After Quitting Gaming

With Game Quitters there’s a lot of talk about what to do after you quit gaming.

But no matter what area you are interested in, your health is going to have an impact. Because it’s not so much about your health, as much as it is about your energy and confidence.

To be forthright, as Game Quitters continues to grow I will continue to focus on being the BEST in the world at helping you quit gaming.

But helping you quit gaming and then leaving you to fend for yourself seems like a disservice. I’m committed to doing more to help you succeed far beyond just quitting gaming.

So I’m committed to sharing with you other experts who are the masters at their craft in other fields, whether it’s in health, productivity, relationships, dating, business, or any other area I get emails about, to support you in achieving your highest potential.

Nicholas is one of those, and the fact that he’s overcome his own video game addiction is a cherry on top.

I hope you enjoy the interview with him today, and if you’re interested in a Game Quitters program to master your health, then take action now. Don’t regret your decision not to act, and never understand what life can really be like if you take back control.