This article on “How to Develop Self-Discipline” has been adapted from Episode 14 of our Life Unlocked podcast. If you’d rather listen than read, check it out here:

In the world of self-improvement, people go on at length about the importance of discipline, but why? Surely they should talk about motivation, willpower, habits and everything else crucial to success.

It just so happens that at their core, these all stem from discipline.

I hate to break it to you, but when you say that you don’t have the motivation to work or the willpower to stick to something what you’re really saying is:

I can’t be bothered to build self-discipline so I’m just going to accept that I’m lazy and not bother changing.

For those of you that want to make real, genuine change in your life, developing self-discipline is one of the most important things you can do.

Self-discipline is simply the ability to do something when you don’t want to.

This might involve delaying a reward until you get your work done, ignoring the notification that just came up on your phone, flossing your teeth, or whatever else in your life requires effort.

However, the idea of building self-discipline may seem like an impossible pipe dream for most of you.

How many times have you tried to add a new habit to your routine only to give up after a week, despite being spurred on by a huge burst of motivation at the beginning?

Or perhaps you have a big project due soon and tell yourself you’re going to spend 2 hours every day working on it. When it actually comes to getting it done you come up with some excuse or tell yourself “oh I’ll just do it later or tomorrow.” However, by the time later comes around, you’ve spent the last 3 hours playing video games or spending time with your friends.

Another way of looking at self-discipline is being able to prioritize the right tasks. From there, it’s a case of taking the necessary action to complete them without getting sidelined by distractions.

It means being able to suffer short-term discomfort for long-term gains. 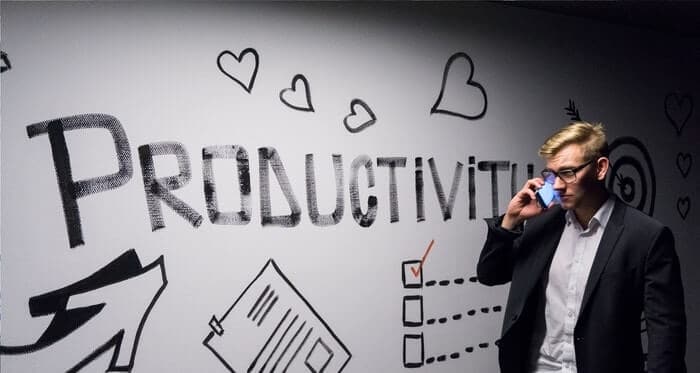 Why Is Self-Discipline Important

So why is it important that you develop self-discipline? Make sure you read this section carefully and really take the time to internalize it.

If you don’t have discipline you will never be able to change your life. It’s as simple as that.

You’ll constantly go through ebbs and flows of productivity. Every 3 months you’ll start a new project or hobby or side hustle simply because you got bored of your current one.

In reality, you didn’t have the discipline to stick with it. You couldn’t be bothered to get through the difficult first stages in order to reap the rewards later on.

You might think I’m being quite direct, but that’s the point.

I really want to stress the importance of building self-discipline when it comes to improving your life. It’s arguably the biggest factor in determining success in whatever you do.

Read: “How to Develop a Growth Mindset“

The number one trait of successful people is the ability to make consistent improvements and take daily action.

Someone that improves 1% every day for 2 years is going to be more successful than someone who goes through 3-month cycles of wavering productivity.

I’ve been there. It sucks.

I routinely went through this for over 3 years. I’d get invested into a new skill, such as photography, and I’d feel motivated to become the best damn photographer I could be. Fast forward a few months and I’d be back in limbo. Wondering why I ever bothered in the first place. Then, after another few months of drudgery, something else would catch my attention. On and on it went.

When you do this over a long enough period you start to realize that you’re not just hurting your productivity, you’re actively sabotaging it.

You’re taking 2 steps forward and 3 steps back. The longer it goes on the more you’ll have to catch up when you finally get your act together.

However, developing discipline isn’t easy. It’s a long journey filled with failure, setbacks, obstacles and challenges. You’re going to have to stare them in the face, break them down, and move on to the next one. Over and over again until you finally make it through.

It’ll probably be one of the most difficult things you ever do.

How to Develop Self-Discipline

What you need to realise about self-discipline is that it’s a muscle.

Muscles don’t grow because you’re lifting weights. They grow because they get broken down and torn apart, and when your body repairs itself it thinks “oh hm, that kinda sucked, I should probably make them a bit stronger next time”. Rinse and repeat.

The same holds true for discipline.

The only way you can improve it is to force yourself into situations fraught with discomfort. You need to break yourself down in order to bounce back stronger. Exactly like a muscle.

Unfortunately, this also means there’s no magical shortcut you can take for this. Even if you take steroids you still have to put the work in at the gym.

I would, however, recommend starting small. I’ll give you a few things I did when starting off to instil the practice of building discipline in order to make it as easy as possible at the beginning. 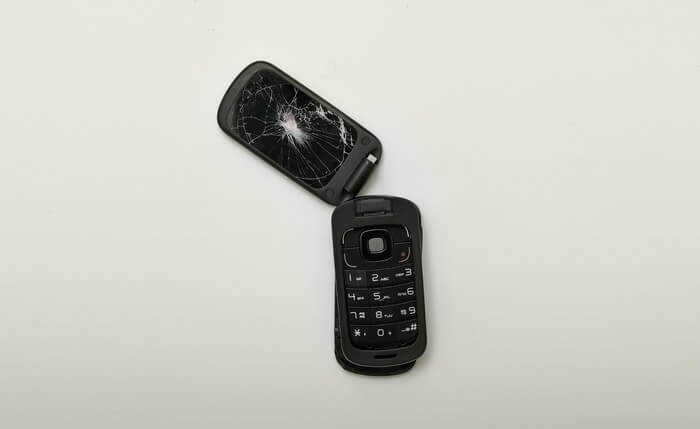 It’s Time to Ditch the Phone

You don’t have to throw it away. But, in the modern world people are giving up more and more control to their devices. If you need any chance of building discipline you’re going to have to look at your technology use.

I recently discovered that my phone has a digital wellbeing section.

I want you to get your phone out and check how many times you open your phone each day or how much time you spend on it.

Yesterday I spent a total of 3 hours on my phone and opened it 70 times. Which is so much higher than I thought it’d be. A lot of it came from messaging apps like Telegram, Whatsapp, Facebook and Instagram.

Can you imagine what kind of effect that’s having on my brain?

It’s going to have a huge impact on my ability to concentrate on important tasks, as the more I do it, the more likely I’ll be to get distracted by my phone. It’s a never-ending cycle.

So how do you stop using your phone less? For me, it starts with little things.

I make sure I don’t pick it up within the first hour of waking up. During the day I put it out of sight in my bag and turn off notifications. I impose restrictions on the amount of time that I can use it, e.g. half an hour at lunch. Finally,I make sure that I don’t use it within 2 hours before bed.

Don’t Take on Too Much at Once

Start with not using your phone first thing in the morning. That alone will completely change your day. Get a dedicated alarm clock so you’re even less tempted to use your phone, and force yourself to not pick it up for an hour. Wake up, go exercise, take a walk in the sun, get hydrated, shower and so on.

Read: “How to Create a Morning Routine“

Then over time, you can start to impose greater restrictions such as using blocking apps like Block Site, StayFocusd or AppBlock (for mobile).

It’s all about shifting the control from your phone back over to you.

Remove Distractions from Your Home

If you know something is a big weakness for you, for example, every time you eat dinner you automatically reach for the ice cream, get rid of that damn ice cream.

This applies to everything from TV, food, video games, smartphones and whatever else you find distracting.

If you want to eat less junk food, throw away every food item in your house that’s unhealthy. You won’t be able to indulge in bags of crisps if it’s not there to eat.

The same goes for video games or Netflix. If you have a tendency to come in from work or college, and you know you need to get some work done in the evening, you might consider relaxing for a bit by watching films or playing games.

Which is perfectly natural.

However, how many times does it go from a relaxing break into wasting the entire evening?

Now, if you have a block installed on these for specific times, or better yet get rid of them completely (you don’t actually need Netflix or video games by the way), you’ll be much more inclined to come in and get the work done.

Eventually, when you make this a habit, you can start using those forms of entertainment as a reward.

How to Use Rewards Effectively to Build Self-Discipline

The majority of people are terrible at rewarding themselves. Either they’ll use the wrong reward or they do it too often to have any benefit.

The best way to use rewards is to remove them when you’re just starting out. Why? You need to give yourself time to adjust to having less stimulation.

You’ve been so used to getting instant gratification whether it’s from your phone, video games, or junk food.

Then, after a week or two of working on your discipline, you can start to introduce rewards back into your life.

But that doesn’t mean you can say “I did 1 hour of work today I’m going to have half a cheesecake”.

The best rewards are ones that are going to enrich you.

For example, if I do 8 hours of solid work and get a bunch of tasks done, I’ll let myself spend a couple hours playing music without the pressure of having to worry about working. Or, I’ll go and spend some time with my friends.

You Need to Reset Your Brain

It might seem like these rewards are quite harsh. Seeing friends and working on hobbies should be a part of everyday life. I agree.

However, your brain has become so warped by constant distractions and stimulation that you need to spend time getting it back to normal.

Have a think about what a good reward would be for you.

Something like binging on junk food or getting drunk or spending the day watching Netflix. If you actually take some time to consider them, do they really sound like good rewards?

In the long term, they’re going to do more harm than good, and won’t actually do anything to bring you closer to building discipline.

What to Do When it All Goes Wrong

I briefly touched on it earlier, but it’s important to become comfortable with failure and learning how to forgive yourself.

Even with our best intentions, we fall short. It happens. However, it’s important that you always move forward.

If you stumble or hit an obstacle, take some time to acknowledge what caused it and move on.

Learn from your missteps and forgive yourself. Then you can remind yourself why you’re doing this in the first place, refocus your goals, and get back to building self-discipline and really transforming your life for the better.

Previous Post: What is Twitch? A Beginner’s Guide to Live Streaming

Next Post: Mixer vs Twitch: What’s the Best Live-Streaming Platform?