“Instead of completing an assignment over the weekend, I spent 32 hours straight finishing Dark Souls 1.” 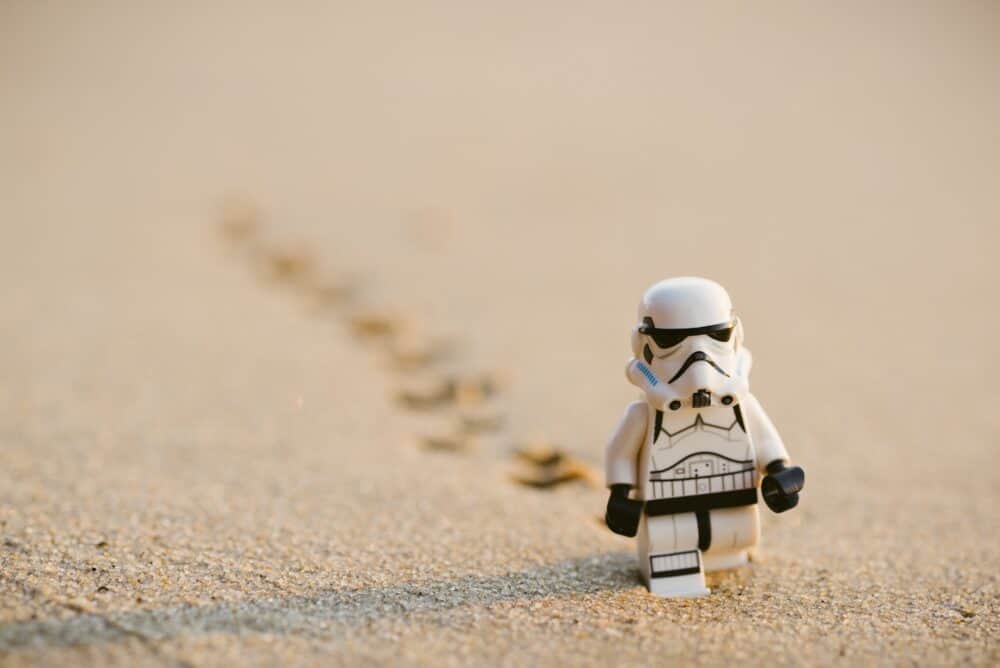 It’s hard to pinpoint when exactly my gaming experience began. The earliest memory I have is when I was 5 years old, roughly 16 years ago. My dad introduced me to the classic games of the Sega Genesis and Nintendo 64.

As I grew up I became more interested in gaming. I had a cousin who was a year older than me, and we always lived close to each other.

So back in the days when online gaming didn’t exist, it was easy for us to walk to the other’s home, stick on whatever co-op game we felt like (usually Baldur’s Gate, Dynasty Warriors or Star Wars Battlefront), and play for hours.

It was almost a natural progression in secondary school. As online gaming was introduced through Xbox Live , it became the norm for every single person I knew to own an Xbox 360. Combine this with Call of Duty and FIFA, and it’s a recipe for disaster. I think I racked up over 100 days playtime on Call of Duty 4, 5, and 6 combined!

I was always an active kid, involved in sports, music, scouting, and spent a lot of time outside. But as I got older, I started spending more of my time upstairs in front of a screen. My daily routine was usually along the lines of waking up, going to school, come home and meet everyone online, eat dinner, and then go back online to play away the rest of the evening.

Go to university… Get a job… Live a happy life… Or so they say.

Like everyone else, however, I never really viewed it as a problem. It was what everyone did. I managed to stay on top of my studies, doing decently well at school and college. It wasn’t until I went on to study Physics at university that I noticed a problem. 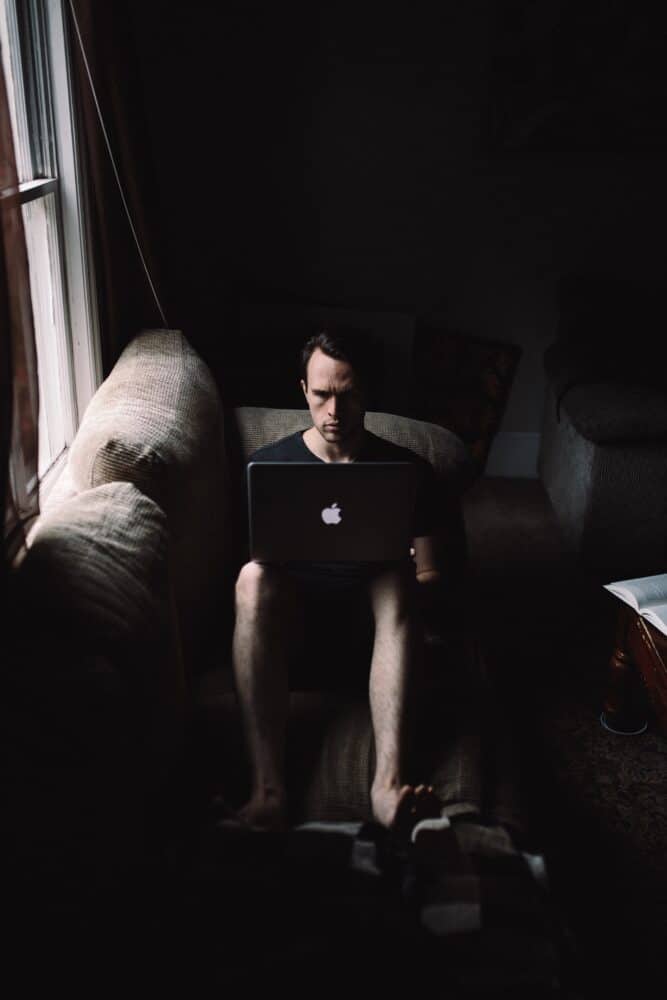 Not a real picture of Jimmy.

Let me clarify, I loved the people, the social aspect and the freedom. But I hated the work. Every single assignment (and I mean every single one) was completed the night before the due date.

It got pretty bad in my first year. So bad in fact, that instead of completing an assignment over the weekend, I spent 32 hours straight finishing Dark Souls 1.

I didn’t eat during this time. I stayed in my dark room, which luckily had an en-suite, and I only got up to get water or go to the bathroom. But hey, I completed it! That’s what I get for taking my gaming PC to university.

The second year of university I ditched the PC, left it at home, and bought an Xbox One. Why was it so impossible for me to be without a console? People don’t get addicted to video games, do they?

It wasn’t until my final year that things really took a turn for the worse.

After failing a couple of my exams for the first time in years, and not being able to find the energy to even get out of bed in the morning, a friend of mine thought that it would be a good idea to seek professional help.

Depressed? Me? That’s Not Right..?

Wait, what? I’m not depressed. I’m just miserable. I’m not depressed, I just procrastinate a lot. I couldn’t get my head around it, and yet, something seemed to resonate. I started thinking back to secondary school, and the thoughts I used to have. I never thought anything of it at the time, but looking back it all makes sense.

As you can probably imagine, from this point onwards things started spiraling rapidly. My grades suffered, I stopped turning up to lectures, and I’d spend hours every day playing FIFA on my Xbox. I became detached from my friends, staying put in my room until I was forced to get out of bed. I hated everything.

Come on, It’s Just One Dissertation..?

It got to the point where I couldn’t even write my dissertation. I managed to get an extension to give me a couple of months to work on it and prepare myself for the upcoming exams. I only had to do two of them, but no matter how hard I tried I just couldn’t do it. I hated it. I’d forced myself into believing that nothing would ever work, regardless of how hard I tried. Goodbye, job opportunities.

However, after dropping out of university 2 months from finishing, something strange happened. My outlook on life changed completely. I’m not saying I miraculously cured my depression and was a bouncing bundle of energy. But something was different.

A Light in the Dark? 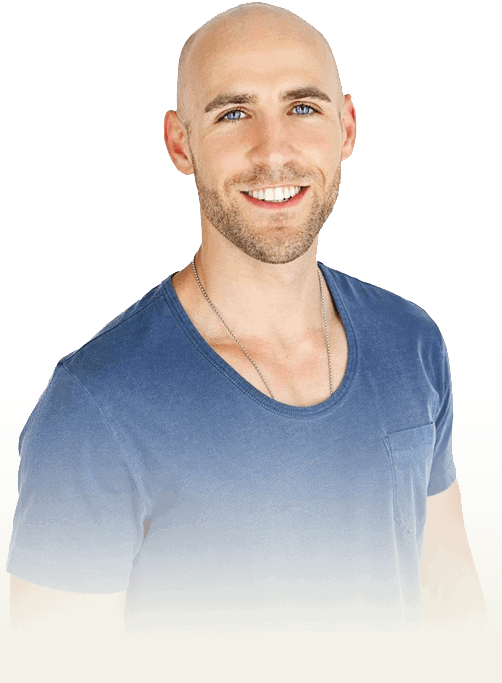 I’d been passionate about entrepreneurship since the start of my second year of university. I loved the idea of personal development and self-help, and planned to start my own business after I finished my studies.

It wasn’t until a prolific online mentor that I followed, Stefan James Pylarinos, released a course on how to become an affiliate marketer online, that I decided to make a change.

I’d never really done anything that spontaneously, so dropping £1200 (which was basically all of my money) on a course was really out of my comfort zone. But something about it felt right.

It was also around this time that I was recommended a Game Quitters video on YouTube. Holy s***. Why didn’t I find out about this years ago?

Naturally, I did what any normal person would do and binge watched a bunch of Cam’s videos. Shortly after, I made the decision to quit gaming. Bearing in mind I’d just discovered Skyrim mods, Dark Souls 3 and Overwatch. It was probably one of the most difficult times for me to quit.

But I was committed. I introduced myself on the forums, started a journal, and carried out the 90-day detox.

These 90 days had a much more profound effect on my life than I could ever imagine.

It’s almost indescribable. During these 3 months, I’ve created two businesses, ran a half marathon, became involved with photography, started killing it with my workout habits in the gym, cleaned up my diet, and I’ve got so much more energy than I ever had before.

It wasn’t easy. There were some dark times during the detox. The cravings became so bad at some points that I had to force myself to not even look at the computer. I’d get out the house and just walk. As long as I could. But it was all worth it.

If any of you are interested about my personal outdoor business you can find it here. If you’re a student and you’re interested in contributing to my non-profit student education site, or even just to get some advice and support, you can find that here. The sites are still pretty young, but I’ve got some big visions for the future!

A Final Thanks to the People That Saved My Life.

Finally, I just want to give a huge thanks to Cam and the Game Quitters community. You guys got me through it, and were so supportive at every step of the journey, I really don’t know how I can ever thank you. But I’ll find a way!

If anyone is reading this and you’re on the fence about quitting, or you’re struggling to make it through your detox. I really recommend you to become more involved in the community. Interact with people and make friends. Keep yourself on top of your journal, and I swear the time will fly by. You’ve got this.

Previous Post: Overcoming an Addiction to Alcohol and Video Games. The Story of Otto.

Next Post: 5 Tips to Successfully Complete Your 90 Day “No Gaming” Detox