“The lies allowed me to continue with the bad behaviour. Play games all day, lie about shit I needed to take care of, repeat.” 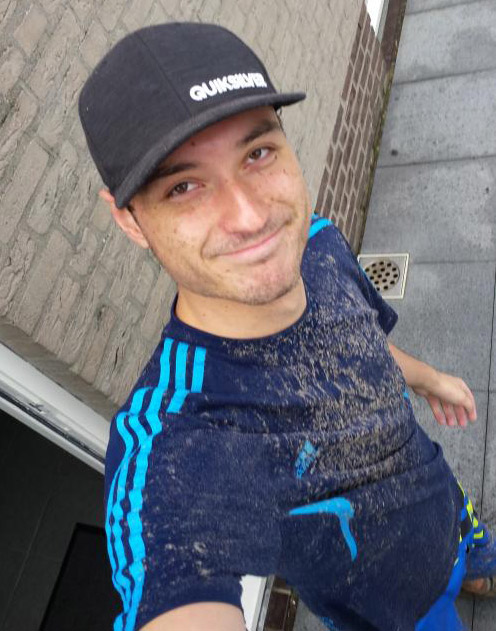 Growing up, school was easy for me. I got well above-average grades without much effort.

Gaming was an integral part of my life, I’d play on my Gameboy all day and later I moved to playing purely on PC. I’d combine playing with paying attention in school and that worked until I was about 16 years old.

I had to choose my major and continue in that, but in higher education, I noticed that I had to put in the effort. What the schools would give me was not enough to succeed, so my methods didn’t work at all.

I didn’t notice how bad my behaviour was.

Instead of changing things up I just continued, because the world of games was all I knew and everything else was boring, not as exciting and just couldn’t hold my attention.

Watch: What If Gaming Is The Only Thing You’re Good At?

Competitive Games Made It Worse

I’d play to be the best, and try to join a more competitive scene… which sucked up even more time and attention.

I slowly started to notice a pattern where I ran away from anything as soon as I had to act like a responsible human being and take action. No matter how small the thing I needed to do was, whenever I had to take action I just felt like there was this sort of barrier that I couldn’t get through.

This caused me to not take action in just about anything, and this started to penetrate my social life as well.

I turned to lying after some time to avoid dealing with people.

It felt like the lies allowed me to continue with the bad behaviour. Play games all day, lie about shit I needed to take care of, repeat.

It took me too long to realise it pushes people away. People don’t want to deal with someone who points fingers all day. Someone who acts irresponsible and never takes responsibility for their actions. Someone you can’t rely on. All traits of a despicable person when I look back.

It gets comfortable, never having to deal with anything. And man, practice makes perfect, so constructing lies got easier and easier.

This got to the point where I’d photoshop a report card so I could avoid disappointing others and fake success.

Gaming allowed all of this.

It allowed me to keep up this lie and avoid thinking about it. Gaming just let’s me avoid feeling bad and often a motivation for lying would be having more game time. It was a vicious cycle that just built upon negative things and caused even more negative things.

I took a wrong approach. I was trying to look for the reason behind the barrier and I couldn’t find it, so the barrier stuck around.

I Needed to Stop Lying

That helped me a ton. My social life slowly got better, however, I still kept fucking up my education. This should’ve been the first realisation that I needed to take action, instead of just thinking about it.

Five years later, a year back from when I’m writing this, I started talking to others more. I started to listen more. People said to me that my gaming habits were unhealthy, that maybe quitting might be the right thing to do.

I tried moderation, failed horribly, and I got so so sick of myself and my own behaviour that I decided that a change was long overdue.

20th of June 2016. I quit smoking and gaming on that day. I’ve changed so much for the better.

I’m getting compliments from people around me, setbacks now motivate me. I’ve learned that life can hit me in the face and I can still continue.

I’m no longer a zombie. I am now honest towards others.

I must admit, over the last 7 months there have been some difficult times. I’ve had days where I fell back into the old behaviour of avoiding everything. I’ve learned that if I can remove two huge addictions in my life on the same day and keep at it for 7 months (and counting), then I can basically eliminate any other bad behaviour and keep the good stuff around.

This is one of the major reasons this has been such a huge success for me. Eliminating the bad forces me to deal with myself, which in turn allows me to think and deal with bad habits.

Confronting myself and being honest with myself allows me to be a better person.

This all turned the second half of 2016 in a year where I deal with being responsible. Being responsible towards both myself and others is now something I take pride in. I no longer point fingers and blame others for my own mistakes. I confront myself with that head-on and I learn from that experience.

I’ve been growing since day 0 and I’m still growing on day 222 and I do not plan on stopping. Part of my growth can be attributed to this community. Thank you, Cam and everyone else, especially everyone in the Discord Chat!

Previous Post: Day 90: No Longer Wasting My Life Gaming. A Letter to the Community by Robert.

Next Post: Why ADHD and Video Games Can Be a Brutal Combination