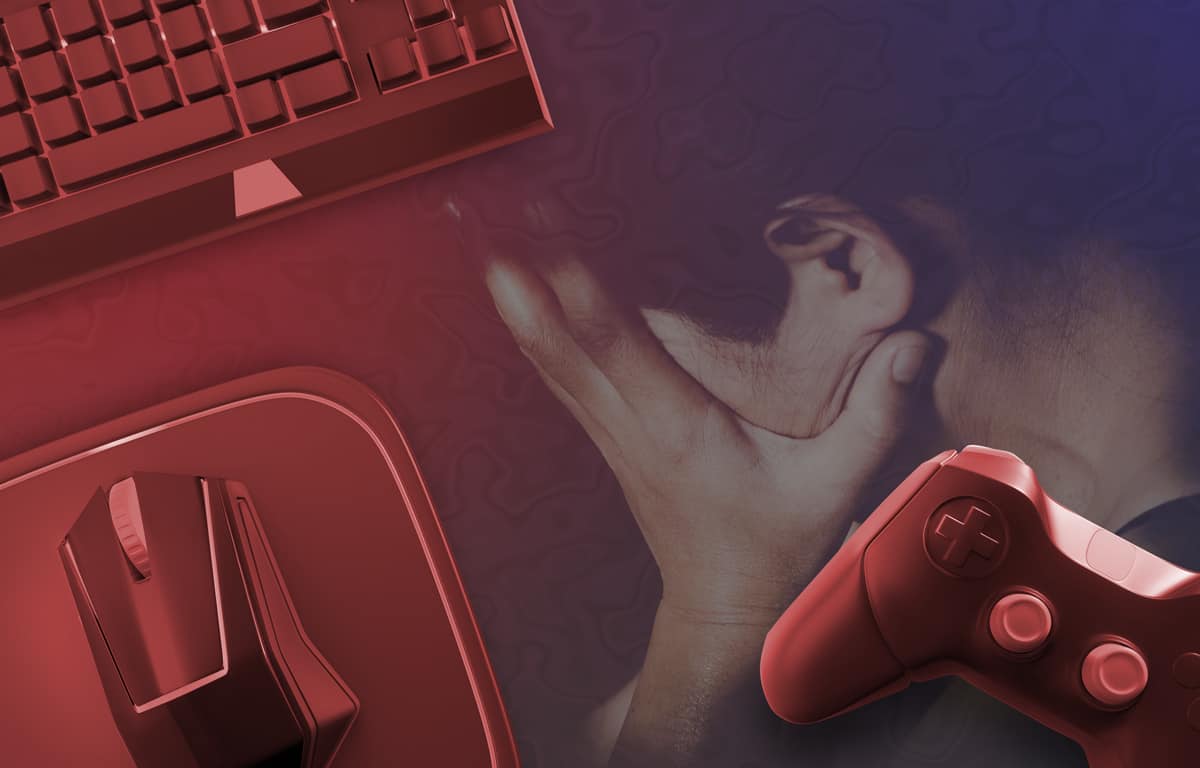 Video games and depression are two widely debated topics amongst academics, parents, and the media. The debate consists of a question: do video games cause depression? Or is gaming disorder a consequence of depression?

The Chicken and Egg Problem

When we’re trying to understand the relationship between disordered gaming and depression, one of the most important things we consider with problem gamers is the following:

Depression is a common comorbidity with problem gamers. When two disorders are comorbid, it means they are more than just a co-occurrence – instead, they interact and affect each other.

The most common comorbidities that occur with problem gaming include:

As you can see, anxiety, depression, and ADHD are the most common comorbidities of video game addiction.

Many gamers that we interact with at Game Quitters report that they turn to gaming because they’re depressed, but this can make their depression worse as well. In addition, excessive gaming creates an environment where individuals are often isolated in the physical world, such as in their room a lot; they may have withdrawn from friends and family, and often, exercise is sparse. This environment and lifestyle can lead to feelings of depression.

From our experience, each case of gaming disorder is different; some problem gamers might not suffer from depression at all, while others turn to video games to alleviate their symptoms of depression. On the other hand, many gamers develop depression because of their unhealthy gaming habits.

Do Video Games Cause Depression?

Currently, there are not many studies that confirm that video games cause depression directly. Most studies so far, however, show us that excessive gaming can lead to depression.

You need to know that not all video games and gaming will lead to depression. For example, suppose you play video games sporadically for an hour a day or so. Still, you have other activities in your life that fulfill you, and you have an overall stable life (a safe job, healthy relationships, and hobbies). In that case, video games will probably not cause depression.

The problem with gaming, however, is that it can be addictive.

If you suffer from gaming addiction, you get stuck in a vicious cycle of gaming too much and not having time for other activities and friends. As a result, you start to neglect school or work, and your relationships begin to suffer.

The result of this is the deterioration of your quality of life, which leads to depression. And once you’re stuck in this cycle, it’s can be hard to break out of it.

It’s important to know that if you are struggling with a gaming problem and experiencing depression, you should focus on resolving both aspects of your life. Implement strategies to reduce your excessive gaming while also addressing the underlying reasons for your depression.

Many gamers turn to playing video games because they feel stressed or depressed. They use games as a form of escapism to forget about their everyday problems and life struggles.

In moderation, this can be helpful, and video games can provide a means of relaxation or temporary escape. But it’s important to proceed with caution because although games can give temporary relief, they won’t solve the issues. And often, create new ones.

At first, you’ll feel immediate relief and pleasure. Then, you’ll release tons of dopamine, which will make you crave games more and more. The next time you face a difficult period in your life, you’ll turn to games again, and before you know it, you’ll be addicted to video games.

If you turn to video games instead of addressing your real-life problems, you become more and more isolated. As a result, you start to lose friends, your school or job performance starts to suffer, and inevitably, your depression starts to get worse, not better.

This is also what many recent studies confirm:

If you play games to escape from the world, then you need to be cautious. You can get addicted to video games very easily, and once that happens, you will find it hard to come out of this vicious cycle.

How Do You Define Depression?

Before you decide what to do next, you must understand whether you’re depressed or just sad.

It’s normal to feel down or sad from time to time. But depression is a more prolonged feeling of sadness or depressed feelings that causes you to lose interest in activities that you once loved. It can also cause you to turn to addictive behaviors such as gaming.

Other common symptoms of depression include:

If you experience suicidal thoughts, call the suicide hotline right away!

To be diagnosed with depression, these symptoms need to persist for at least two weeks. And this is the main difference between depression and sadness: depression is a long-term problem that spans several weeks, months, and even years, while sadness will be there for a few days to a few weeks.

For a proper diagnosis, please seek the help of a medical professional. You can find a therapist near you in our directory.

There are also different types of depression:

Do You Play Video Games and Are Depressed?

If you suffer from depression and use video games to treat the symptoms of depression, then the best way to address your issues is to talk to a therapist.

We have therapists that understand gaming addiction very well, and they know how to treat gaming disorder with comorbidities such as depression.

The key is to treat both comorbidities equally and not just treat depression or gaming disorder separately. Because doing that may only solve one problem while the other issues remain.

We also have a program called Respawn that will address your depression and gaming disorder directly. In our program, you’ll learn how to slowly shift from depression and gaming disorder to more healthy activities and establish a life worth living. You’ll rediscover your passion for new activities, become more productive, and get your life back on track.

We also have other resources that you can use, such as:

Next Post: Video Games & Lack of Motivation – What to Do if Your Son Has Lost Motivation