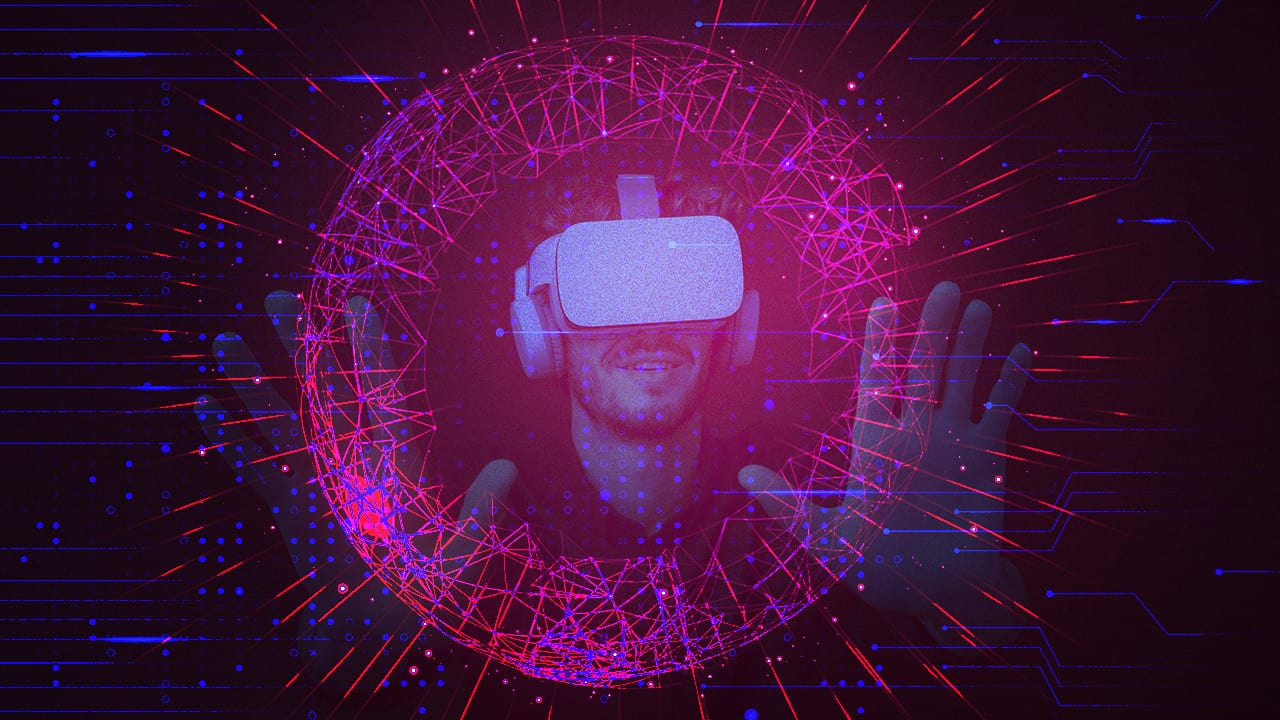 Have you ever wondered what draws you into playing video games every time, even if you don’t want to? Before you start blaming yourself for this happening, you need to know how dopamine impacts gaming and, thus, your behavior.

Dopamine is a neurotransmitter in your brain which is responsible for the feeling of pleasure. The way video games are designed, you experience feelings of excitement and stimulation. They accomplish this by giving constant rewards for your effort, which leads your brain to produce dopamine.

Because video games produce a dopamine release in your brain, they have the potential to have a similar effect on your brain as drugs and other substances.

So how does dopamine impact gaming, and why is this crucial for your understanding of video game addiction? Continue reading. 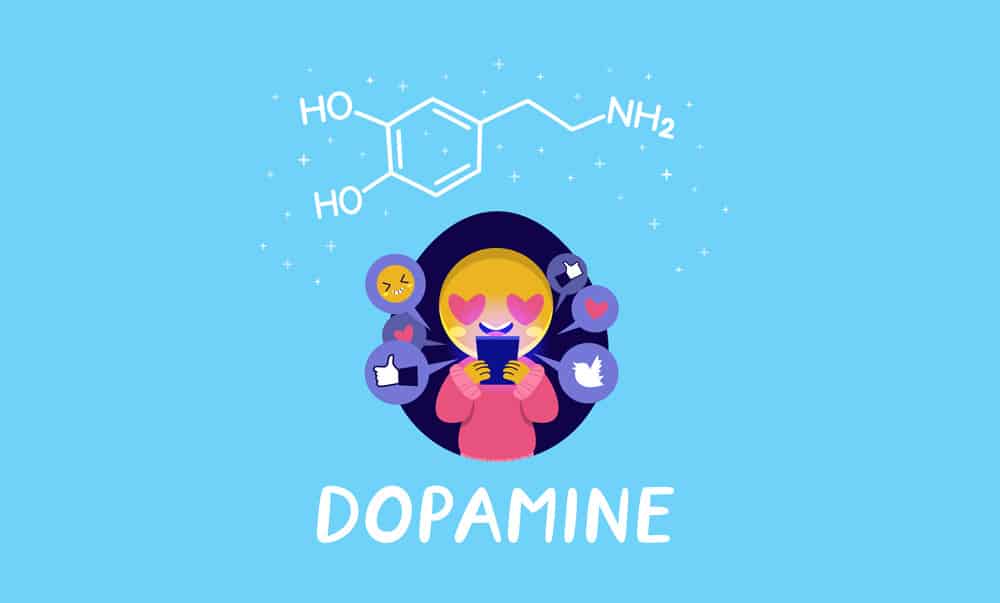 Dopamine is a neurotransmitter in our brain that is responsible for sending messages between nerve cells.

It used to be referred to as the “pleasure chemical.”

However, in more recent years and with more research, we’ve learned that dopamine acts more as a motivating agent for completing certain pleasurable activities – for example, eating, having sex, playing video games.

Dopamine is closely connected to the reward center in our brains. So whenever we see a reward worth chasing, our body starts producing sufficient amounts of dopamine to motivate us to complete the task, no matter how strenuous or difficult the task might be.

The dopamine theory of addiction finds most addictions are caused by the brain’s inability to produce dopamine naturally without the drug or substance that someone is addicted to.

Instead of feeling pleasure doing everyday activities, the addicted person will feel bored. Only the substance, video game, or the drug they take will provide enough dopamine to feel pleasure and excitement.

Thus, the more of the substance or drug an individual takes, the more of it will take to feel the same levels of pleasure as before. Eventually, repetition leads to addiction. The same can happen with video games and social media apps like TikTok.

Almost every pleasurable activity we do will trigger dopamine.

Whenever your brain is expecting a reward from a certain activity, it will start producing dopamine, which will motivate you to complete the desired activity.

This includes everyday activities such as eating, drinking, sleep, exercising, listening to music, running, walking, and other activities that you find fun.

For instance, when you feel hungry, you will start to crave food. When you order food and you see it coming towards your table, the dopamine levels in your brain will rise. After taking the first bite, you’ve gotten your reward, so the dopamine levels start to decrease slowly.

Dopamine will also be released when we do addictive things or take addictive substances.

And because these activities make us feel pleasure, we start to associate them with positive feelings; we see them as rewards.

What are the Side Effects of Too Much Dopamine?

Both too much or too little dopamine can have serious consequences on the quality of our lives.

Too much dopamine in certain parts of our brain can lead to aggression, competitiveness, high libido, stress, and poor impulse control.

On a more severe level, excessive amounts of dopamine can lead to long-term conditions, such as:

Low dopamine levels can lead to:

Many gamers report having problems with anxiety and depression, and low dopamine levels can be why.

For example, Vadim from Russia, one of our members, says he was extremely anxious and exhausted when he played games excessively, yet he kept on playing them, which caused his health to decline.

Dopamine detox can work well to fix the addiction-induced dopamine deficiency, as we have seen in many cases with our members and clients. We’ll talk more about dopamine detox later on in the article. 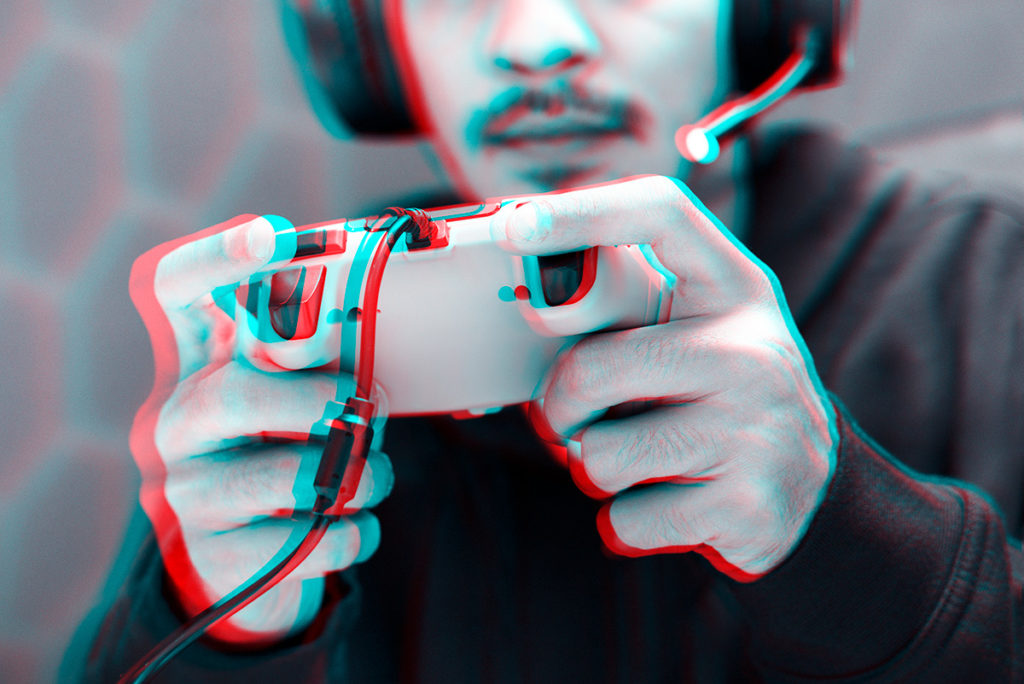 Now that you know what dopamine is and how it functions when exposed to over-stimulus, let’s focus on how dopamine impacts gaming and gaming addiction.

If you think about it for a moment, games are designed to be addictive. Some of the main addictive elements in games include:

And getting that dopamine spike has never been easier than now. You can pick up your phone or open up your computer or console, open your favorite game, and boom, you’re feeling great. All your attention is now on the game.

What happens when you stop playing? You want to go right back to your favorite game! You need another surge of dopamine, like a drug addict looking for the next hit. Before you know it, you’re addicted to the game, and you can’t live without it.

Gaming companies are implementing more and more of these strategies as we speak. They want you to play as much as possible so they can keep making a profit from your money and time.

The Impact of Dopamine on Gaming

When you play video games, you get a rapid rush of dopamine.

This makes video games several levels more exciting than other activities, like studying or exercising. With video games, the gratification is instant – you don’t need to wait weeks or months to feel the satisfaction. This is one of the main reasons why you might prefer gaming to other activities.

Research has shown that playing video games releases the same amounts of dopamine as when you take drugs like ecstasy. Scientific studies have confirmed this as well. 1 1. Nature: Evidence for striatal dopamine release during a video game ×

These are worrisome findings; even though you might not believe it, gaming changes the structure of your brain. This is the best example of how dopamine impacts gaming.

When you play games, you’re exposed to an overwhelming number of stimuli, which all impact your brain. This is especially true if you play games daily for an extended period. The more you play, the more you want to play.

Yet even though video games can impact your brain, they still don’t get the same treatment. Instead, gaming is often dismissed as a harmless activity. Of course, not all gaming is bad, and there are pros and cons of gaming, but moderation is key.

The problem is that things can quickly spiral out of control.

Young people under the age of 25 seem to be the most affected group regarding gaming addiction.

After all, the average age of a gaming addict is just 24 years old, while around 8.5% of all children worldwide might be addicted to gaming. And the problem here is that these percentages are growing year after year.

One reason is their prefrontal cortex might not yet be fully developed. This brain region is responsible for decision-making and judgment, and it only develops fully after the age of 25.

The draw of video games and the dopamine they release might be too strong for younger people to resist. This can lead gamers to feel lazy and unmotivated.

Screens are everywhere. You can play games everywhere you might be – even in school. Video games are easily available, regardless of where you live or how powerful your device is.

Additionally, studies (1, 2) have also shown that playing violent video games deactivates the prefrontal cortex region of the brain to a large extent. This impairs the decisions made by the individual and significantly impacts their actions, which might exacerbate the gaming addiction.

There are hundreds of thousands of different games currently out now. Some are offline; others are online; they span through different genres and have different objectives. Yet the goal of all of them is the same – to keep you engaged and spending money.

Some do a better job at this than others. Those that are more effective tend to be more popular and also potentially more addictive.

Competitive games tend to release the most dopamine because they are full of fast-paced excitement and action. Studies (1,2) show that highly competitive games release as much dopamine as psychoactive drugs – and in some cases, even more.

Some researchers also argue that online games have the potential to be more addictive than offline games.

It makes sense if you think about it: you can’t pause an online game while you can do so in an offline game. And when you play online, you can also play with friends and against others, which provides an extra layer of achievement.

Based on current research, it seems as though competitive online games tend to produce the most dopamine; however, almost any game that you play will release a certain amount of dopamine as long as the game feels rewarding to you.

Since dopamine motivates you to play more and more of your favorite game, what can you do to reverse this process? Is it even possible?

Luckily, it is possible to reverse it, and there is always time to do it with a dopamine detox.

What is a Dopamine Detox? 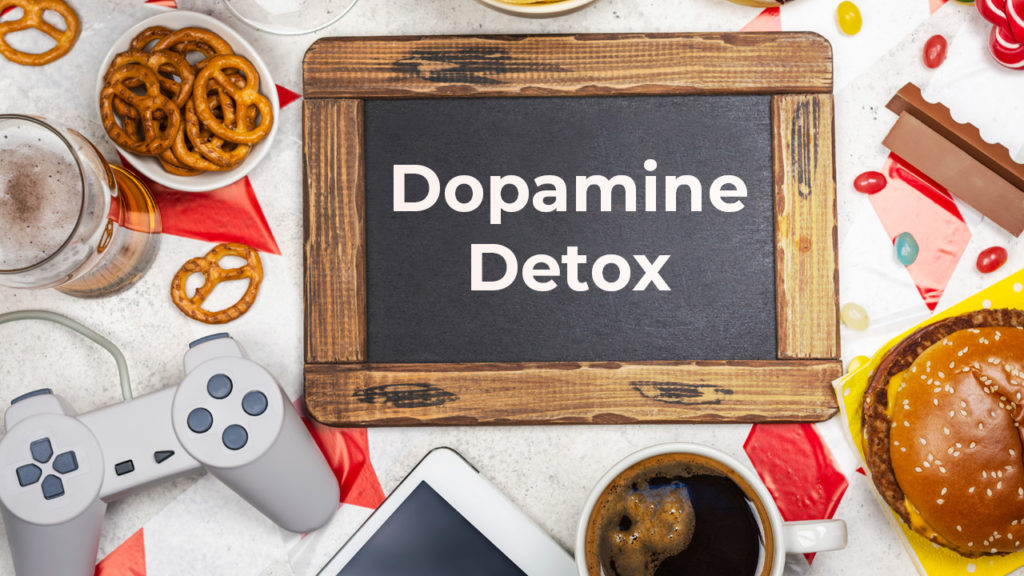 I’ve always been a fan of the 90-day detox method.

Dopamine detox means quitting gaming cold turkey – deleting all of your games and accounts and not playing them for 90 days straight.

Why 90 days? Because that is how long it can take for you to reverse the changes to your brain from excessive gaming.

With the dopamine detox, you’ll be able to feel pleasure in everyday things again. You’ll be able to enjoy hobbies and things that seem like they’re taken for granted, such as food or relationships.

You’ll no longer need to play video games to feel pleasure again because your body will start to release enough dopamine through other activities.

Does a Dopamine Detox Work?

Yes, a dopamine detox will work, and it will be effective as long as you stick to it.

In the first two weeks, it is going to be tough. You may feel depressed and anxious, and you can feel irritated when you don’t play games. These experiences are normal, though.

Once you get through this initial period, things start turning for the better. You begin to appreciate things that you previously took for granted. You’ll start living your life again.

Starting a dopamine detox can be great, but inevitably, you might feel like you’re stuck along the way. That’s when you might need some extra help from someone who’s been there and done it.

If you need someone to talk to, it might be helpful to speak to a video game addiction therapist. We have a database of therapists at Game Quitters you can contact, no matter where you live.

At Game Quitters, we seek to help gamers, and people close to you cope and overcome their gaming addiction and related problems. We’ve prepared science-backed guides and content, such as:

If you’re a mental health professional and would like to learn more about gaming addiction, we offer internationally accredited gaming disorder training for professionals who want to become better at treating gaming issues.