An investigation into whether or not video games are designed to be addictive:

Video games have been around for over 50 years. They are meant to be simple fun and entertainment.

There was no downloadable content (DLC), no cosmetic items, and most importantly, no loot boxes. Video game addiction didn’t even exist.

Developers were happy to release a full game with the knowledge that a good game would lead to a customer buying a sequel.

The more modern video game, however, is the opposite.

Games are now designed to keep you playing rather than rely on you buying the sequel.

Gaming companies are enlisting the help of PhD behavioural psychologists using state-of-the-art research and data to make their games as addictive as possible.

You’ve probably heard of games being labelled as ‘engaging’ and ‘fun’, but a lot of the time the industry chooses simple language to disguise the addictiveness of their video games.

Let’s go through a few examples of how modern games are designed to be addictive, and whether anything can be done about it.

In the 1950s, a well-known psychologist named B.F. Skinner discovered you could control behavior through the use of a stimulus and a reward.

You may recognise the famous “rat in a cage” videos where the rat has learned to pull a lever to receive food.

Well, believe it or not, the same techniques are used to great effect within video games.

A modern example of this is the Battle Pass system within Fortnite. The battle pass costs roughly $10 for 10 weeks, which is the length of one season in Fortnite.

This then gives you access to daily quests and objectives, which, when completed you’re rewarded with extra skins and emotes (dances/gestures).

You might be happy to pay $X up front, but imagine how a child is going to answer that question? They’ll take option B every day.

It tricks you into believing that you’re gaining a huge amount of value from a relatively small investment. When in reality, you’re trading large portions of your time just to make your character look a bit cooler.

Which leads us nicely into our next point. 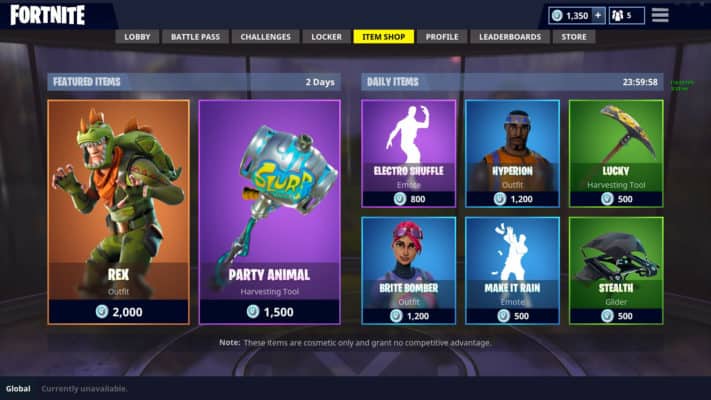 As humans, we have an instinctive ability to tell if we like something in a split second.

Nowhere is this more apparent than in South Korea. A law was passed in 2010 which states virtual items have the same value as real ones 2 2. https://www.adweek.com/digital/south-korea-rules-virtual-currency-on-par-with-real-money/ × .

These items are now acting as reinforcement for playing, as you’re likening your increased wealth in-game to being wealthy in real life.

Not to mention the attachment that most gamers feel towards their collection and ‘gamer lifestyle’.

For a lot of people, their online wealth is quite literally all they have. It’s an amalgamation of their life progress, achievements, and friends.

It’s no wonder that gamers are placing much more value on their virtual collection than their real-life achievements which, for a lot of gamers, is almost non-existent.

There have also been studies showing that addicts are more likely to identify with their online avatars, in an attempt to compensate for a poorer sense of self and lack of real-world progress.

Changing the Rate of Reinforcement

Reinforcement in video games is usually fast and frequent when you start playing.

“You levelled up! here is a reward!”

Receiving a reward every time you level up is known as a ‘fixed reinforcement ratio of one’.

This is manipulated a huge number of ways to keep you playing, such as:

Studies 3 3. https://courses.lumenlearning.com/boundless-psychology/chapter/operant-conditioning/ × have shown that using variable reinforcement is by far the most effective (seen in red). 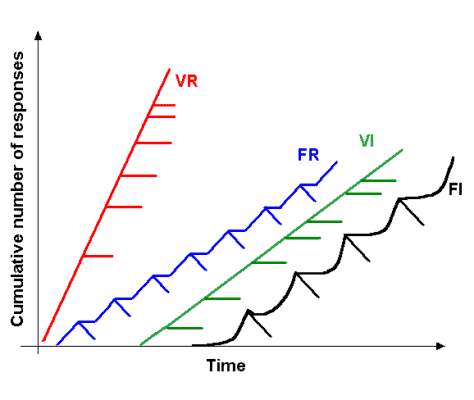 Unsurprisingly, it is also the one most commonly used in video games.

However, this isn’t to say that variable reinforcement is the only method used in how video games are designed to be addictive.

A number of developers combine variable rewards with constant rewards, to keep you coming back for more.

For example, in World of Warcraft (and most MMOs), you can always see your progress towards your next level. That way you’re still being rewarded for your effort, although you haven’t achieved that next level – yet.

Then, when you eventually level up you’re given a new reward each time. This is usually a new skill improvement, items, or unlocked quest(s). It’s this combination of the two systems that keeps you really hooked on playing every day.

Just watch this PhD Researcher from Epic Games (creator of Fortnite) describe how video games are designed to be addictive: 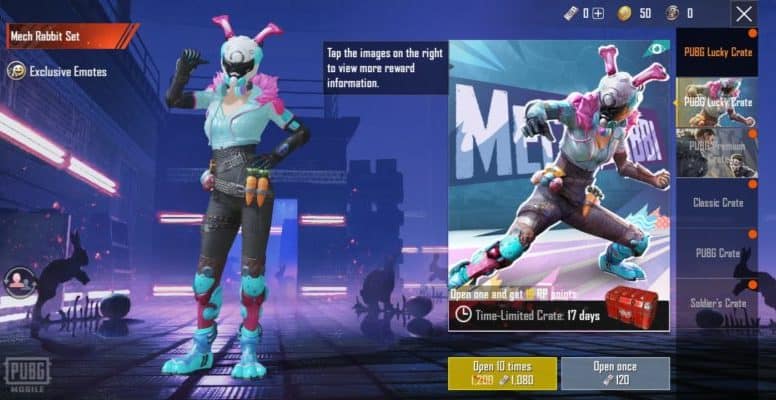 Game developers have taken this manipulation a step further in recent years with the introduction of loot boxes.

A loot box is a virtual item that can be opened, usually using real money, and contains a random virtual item with different levels of rarity.

Loot boxes provide another way of varying the reinforcement in video games.

Similar to gambling in real life, loot boxes give you a random chance to get a reward that. Loot boxes have been compared to fixed odds betting terminals (FOBTs), which have been linked to serious gambling problems.

There have even been cases reported of people losing their entire life savings on virtual loot boxes 4 4. https://www.kotaku.com.au/2017/11/meet-the-19-year-old-who-spent-over-17000-on-microtransactions/ × .

Currently gambling law in most countries does not cover virtual goods.

Some video games reward you with loot boxes for achieving a level up. This gives you the chance to spend more money in the game, just to get a reward that you end up paying for anyway! It’s the perfect money-making machine.

Punishment for Not Playing 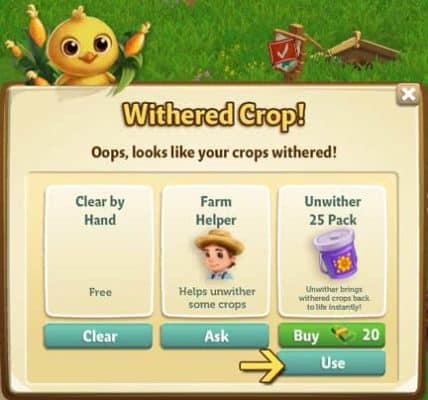 A staggering number of popular mobile games such as Farmville and Candy Crush punish you for not playing the game.

Skinner referred to this as avoidance, meaning you perform a behaviour to avoid the negative outcome.

In Farmville, your crops will die if they are not harvested, even when you aren’t playing.

For example, you might plant some crops that take 4 hours to ripen.

If you don’t log back onto the game within 4 hours of them ripening, the crops will wither and die.

The only way to avoid this is to spend real money on ‘unwithering tools’, or to make sure you’re always logging into the game every day.

Avoidance has become one of the most widely used tactics in mobile games, keeping you as a customer, and increasing the chance that you’ll spend extra money on the game.

It’s these tactics that have led to the mobile industry becoming the most lucrative gaming market in the world, bringing in over 50% of the entire global revenue from video games since 2018 . 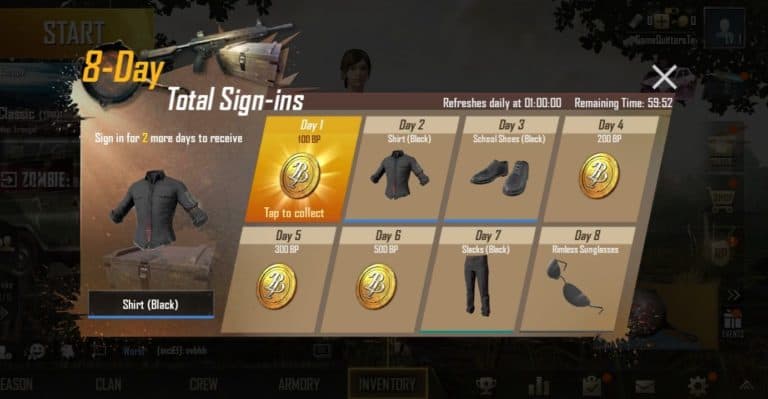 How many games have you played where on your first-day logging on a screen flashes up saying “Daily reward! Claim now!”?

This is another common system put in place by mobile and MMO developers to keep you playing.

These types of game are reliant on you logging in every single day to level up your character, and they are going to do everything they can to ensure you do.

One thing they might do is show you a 30-day timetable of what you’ll receive if you log on for 30 days straight.

Initially, because you’re just starting out, that 30-day reward might seem incredibly powerful.

But after you play for a while, you will realise these rewards are actually quite useless. It was just a strategy to make sure you play that first month.

A lot of games also make use of a monthly subscription service, but include a 30-day free trial for their game.

Game developers know that if you make it through those 30 days, you’re much more likely to carry on playing and buy the game afterwards.

To top it off, developers will make sure you lose a portion of your items or progress unless you upgrade to the full version.

That first month is crucial for user retention and another place where video games are designed to be addictive.

Seasons are a perfect representation of how the pricing model of the gaming industry has shifted over recent years.

Previously you would buy a game, play it, and finish it or trade it back in.

Today’s games are usually free-to-play and implement systems to keep you playing the same game.

One example of this, which is heavily used in Fortnite and PUBG Mobile, is in-game seasons. 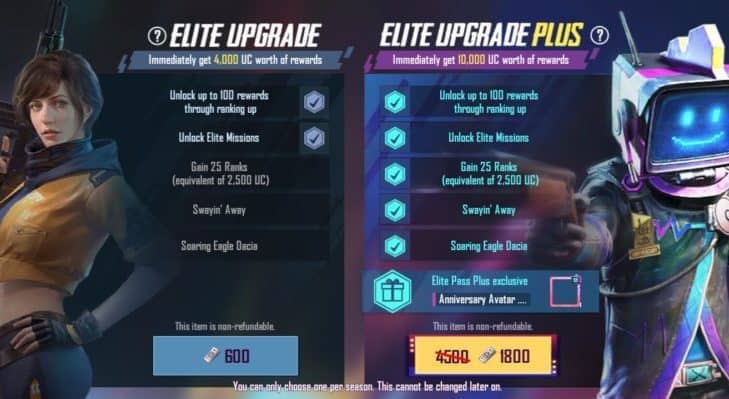 If you weren’t aware, every 3 months games like Fortnite and PUBG Mobile reset their progress.

This means that all of your hard earned levels and experience get thrown away, and you have to start from square one again.

However, you get to keep all of the cosmetic items earned through the battle pass system we learned about earlier.

The start of a new season is also a great way for Epic, Fortnite’s developers, to introduce loads of new content in order to keep the game fresh.

In the past, they’ve introduced the infinity gauntlet from Marvel’s Infinity War, and whoever collects them all turns into a superhero wielding near unstoppable power.

They’ll also add a variety of new character customisation options such as skins, dances, and animations.

It’s this constant renewal of the game which keeps people enjoying it over and over again, and it’s been a huge contributor to Fortnite’s massive success – they earned over $2.4 billion dollars in revenue in 2018.

Video Games Are Designed to Be Addictive

You might not be aware of how video games are designed to be addictive. 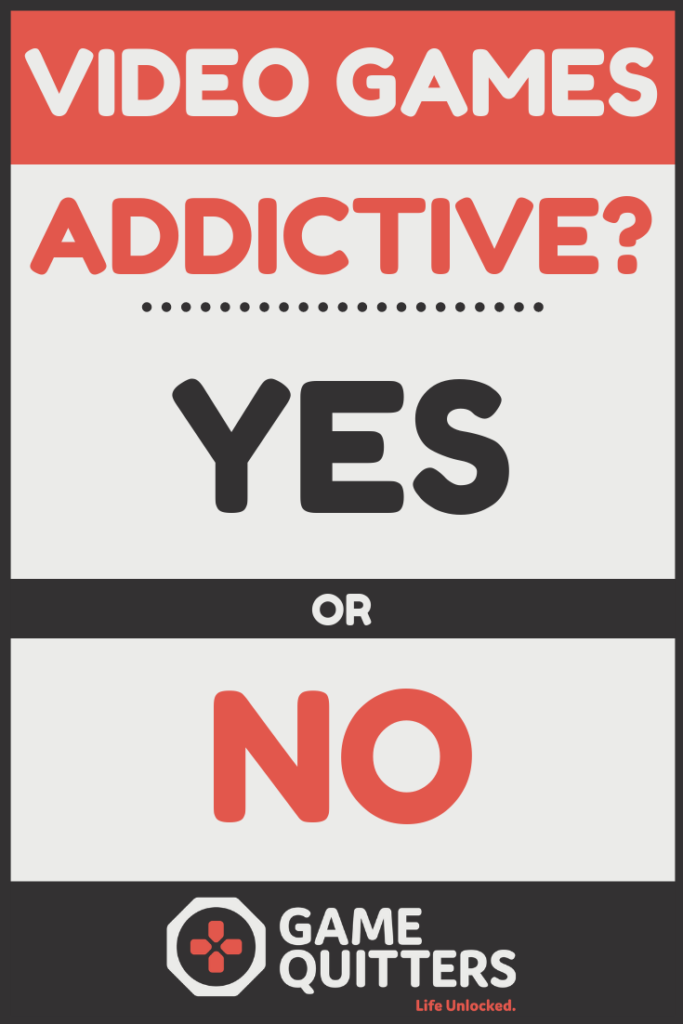 I hope this article has highlighted some of their tactics for you. Games are designed to keep you playing and increasingly, to get you to spend money.

Game designers are behavioral psychologists who are very much aware of the systems they’re putting in their games.

They’re implementing these strategies in games are marketed for children. With the explosion of the mobile gaming industry, it’s only going to get worse.

If you, or someone you know, might be struggling with gaming addiction, we’ve got loads of fantastic resources to give you the support that you need.

Next Post: Life Is A Video Game – Herman’s Story