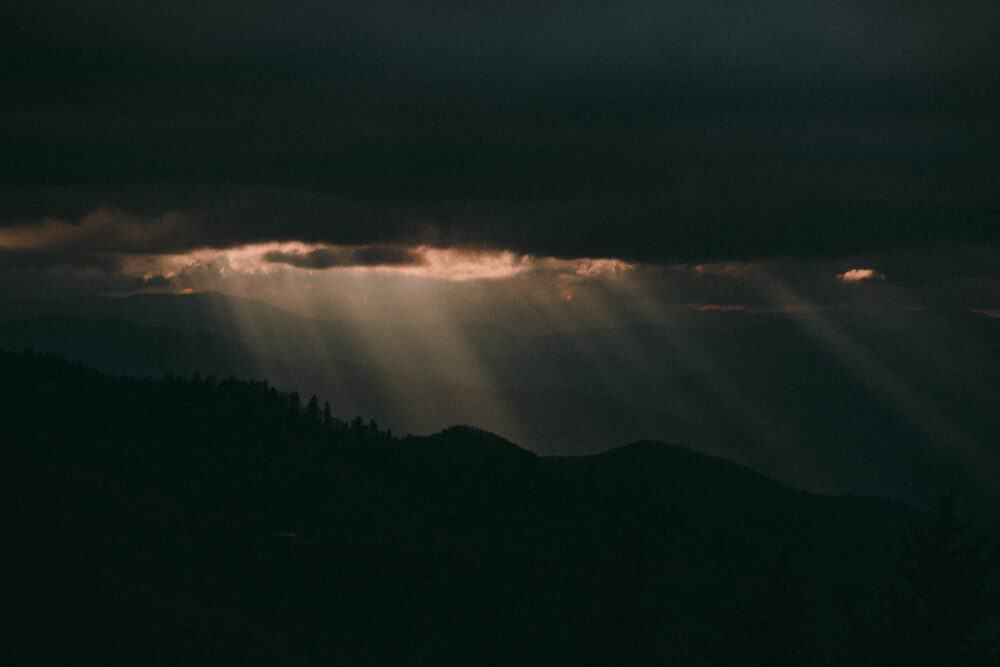 “One time I played until 5am. I was only seven or eight years old then.”

This is my experience with gaming and why I continue to abstain.

I was recommended by my dad to really try and dig through my life and remember how games affected me and the difference from then and now.

I think doing this will be a good tool to prevent relapse. It is very hard to think about the negative effects gaming had on me. To be honest, the details are really fuzzy and those memories don’t come back easily.

I’m writing this to remind myself to continue my detox forever.

Must Read: Why You Should Quit Gaming For 90 Days

A Bit About Myself

I am 17 years old now, a senior in high school. I’m Chinese-American, probably on the intelligent side, and focused in school. I started dancing when I was four, and continue diligently today. Last year I moved away from my family and friends to attend the Orange County School of the Arts, and I decided to quit gaming.

My first experience playing video games was on an old computer, with an old cd, playing a game called bot with my dad. I was really into it, too much, actually. Was I born with this addiction?

I started actually gaming in elementary school, playing Pokemon on a Nintendo DS with my sister. I remember walking home playing the game, and also playing through the night trying to beat the game before the rental was over.

One time I played until 5am. I was only seven or eight years old then.

My parents took it away, and we tried playing in moderation, but that didn’t work.

I remember finishing my work so fast in second grade, my teacher would let me go to the computer room and play some sort of airplane game on the computer.

Then I remember stealing other people’s games.

I once stole my babysitter’s gameboy and also a DS of a kid I was staying with in the YMCA. I feel ashamed to write this, but also empowered. The past is the past.

Of course at that time, I didn’t really realize the significance of my problem. Everybody else was playing so why couldn’t I?

I had a clubpenguin account and spent hours on it with my sister. I was so addicted. When the monthly subscription was ending, I stole my parent’s credit card and payed for another month. They found out, of course.

I don’t remember the consequences now. All of them blend together, and none of them worked. 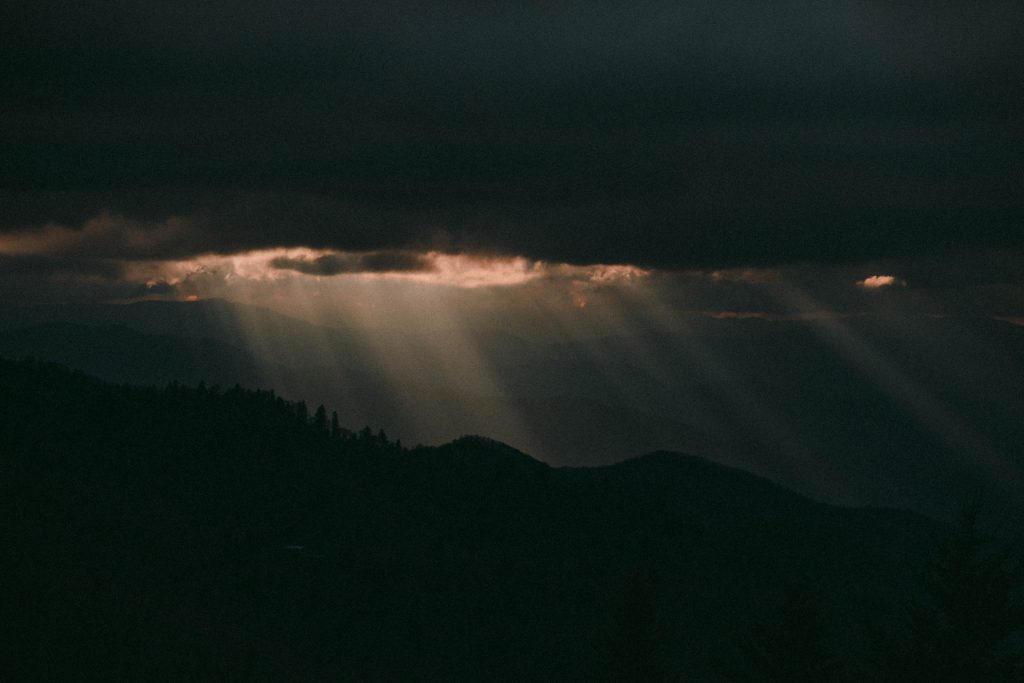 I entered middle school and made new friends. I started focusing on dance more, trying harder in school, trying to fit in with middle school social life. I’ve always been an intelligent kid, so school was never too difficult for me to pass. I think this is why I always went to games.

I became super addicted to Minecraft.

I would finish my work so fast and have nothing else to do that games became so immensely fun. I got really into Minecraft because all my friends were playing it. The idea of multiplayer games was so attractive. All of us could play at the same time and have fun together! Even now, I still associate Minecraft with happy memories.

I would always play on the school computers in the library. Sixth, seventh, and eighth grade passed by with me visiting friends to play at their houses because my parents wouldn’t let me, although I did figure out the password to our home computer multiple times by secretly watching them typing when I asked them to login for me (to do homework).

Then when they were asleep I would get up in the middle of the night to login and play Minecraft throughout the night. If there is one thing gaming affects, it is your sleep. I even got to the point where I was playing right in front of my parents, thinking I could hide it with alt-tab before they looked to the side to see me.

Keep in mind at the end of every paragraph, I remember something terrible I did. My parents got me a Kindle for Christmas, one that was black and white and didn’t have games on it. Me being me, I found a way to have video games on a paper-white Kindle.

A lot of the games cost a dollar, and the Kindle was already connected to my parent’s Amazon account. You can imagine what I did. I bought the first few games carefully, waiting to see if my parents would find out. When they didn’t, I ended up spending $400 on stupid Kindle games like word searches and Sudokus.

Now is where I see my problem so clearly.

High school came around. This is where things get really bad. The new game everybody was playing was Hearthstone. At the time I was trying to quit so I told everybody that the game was stupid and I wasn’t going to play. But then, the peer pressure was too much to handle. 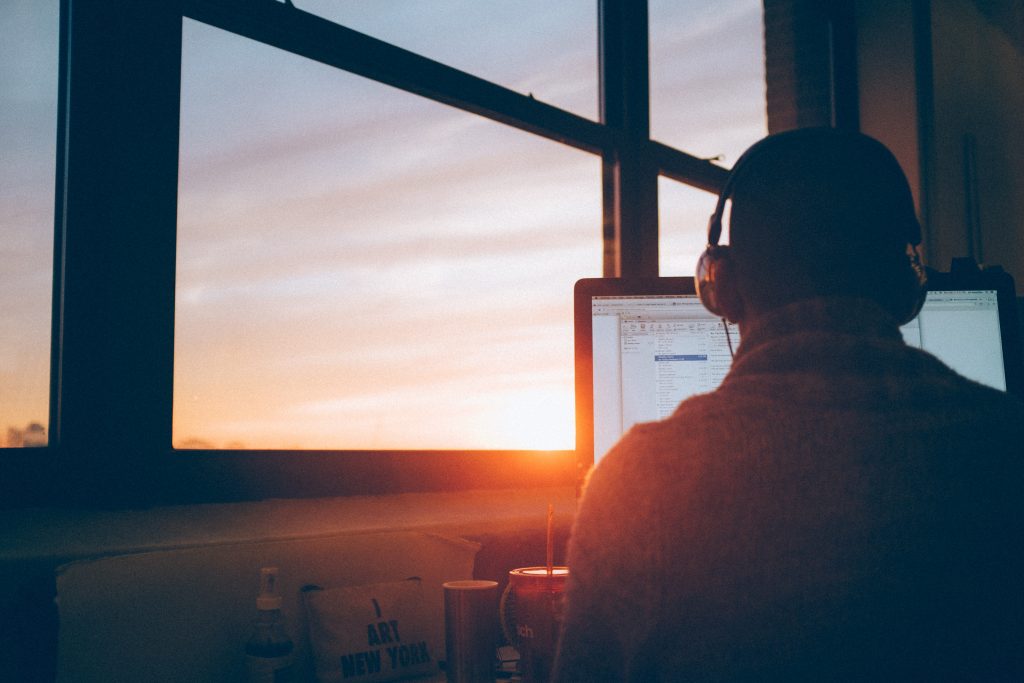 Everybody was talking about the game and I wasn’t being included because I didn’t know anything about it. So I started.

Eventually it came to a point in the game where you had to spend money to get more fun, more interesting gameplay. So how much did I end up spending? Upwards of $500.

This is when I also started watching streamers and YouTubers. It was easier to hide, and easier to access, so it was better for me.

Again I tried to stop, as I did the five times before, and each time I believed that this time, it would work, but again, it failed.

Junior year came around and it was the worst. The new game was Clash Royale. I got so into it. I didn’t have a phone so I found ways to play on the computer. When my family was eating dinner, I would tell them I was doing homework but I was playing games instead.

I’m sure they knew what I was doing the whole time. I’m not that good at hiding things, we never are.

Clash Royale was a cheaper game, but I still spent $100-200 on it in total. Oh and the way I would hide the transactions was by buying gift cards and using them instead of a credit card. I had a lot of saved cash to spend over the years. I was playing games during class time constantly on the school laptops.

The thing I hate most about games are the way they affect my energy. I only started to notice the effect they were having on me in my junior year. I found that often I would decide to go home because I was too tired to dance, or I “had too much homework” even though I know now that I could’ve finished it easily.

I haven’t talked too much about me and dance, but it has been my passion for six years now. The fact that gaming was taking over my commitment to dance is a serious thing.

During this period in junior year, I lacked inspiration to do better in school and dance. I could not get it from other people, nor myself. I was stagnant, not growing, and just living with this constant desire to be playing games.

On the positive side, I gained inspiration after watching a fantastic dance show. I decided I wanted to be a dancer and that I would switch schools and move away.

Moving to a new school gave me the opportunity to start new, to change who I was, to change the people I had around me. With the new me – I was a non-gamer – a person who stayed away from the internet in general. And I started the detox before I moved schools.

I decided with my workload, taking 5 AP classes and dancing four hours a day (at an arts school), that I wouldn’t have enough time in my schedule to finish my school work, dance, and play games. I am now on day 187 of my 90 day detox.

All of this money is put to some virtual world, trading my real money or my parents real money for some fake gold or gems or something stupid like that.

7 lessons I’ve learned from my experience without games:

1. Do the detox. I still have a hard time remembering these horrible events in my life because I don’t want to remember them. Everytime I spent more money, I forgot about the last time I’d spent money on games. I don’t think I could’ve remembered any of this before the detox.

2. After the detox, do what I’m doing now. Try and think about your life and all the negative things it’s done to you and how much better your life has gotten after, either socially, or emotionally, or physically (working out). I personally believe this will help prevent relapse.

3. Continue your abstinence after 90 days. Don’t treat it as a mark to start playing again. After thinking about how your life is after, it should be easy for you to continue.

Watch: Caution: Gaming After Your Detox

4. Follow Cam’s advice. There is a list on Game Quitters that has a lot of fun hobbies. I picked up photography to substitute gaming in my free time. Whenever I get bored instead of gaming, I watch photography videos and go out and practice. Something that a lot of people do is work out instead of gaming.

5. YouTube and Twitch as just as bad as gaming. Watching games gives you the same thrill and dopamine rush as playing. Don’t see these as better than gaming because they really aren’t. Don’t say you quit gaming but are still watching Twitch daily. Trust me, I tried this.

5. Delete your accounts. Yes, I know it’s hard. You’ve spent money on your accounts, you can still keep them there in case for the future when your addiction is gone. But your addiction is never gone. Isn’t the goal to quit gaming? So why have them sitting there, tempting you? Just get rid of them. They aren’t worth it.

6. If you find yourself struggling in quitting games, change your surroundings. Move somewhere, start getting out of your comfort zone and make new friends. I’m not saying you should ditch the friends you currently have, but maybe you should leave them to their own world of games and try to interact with other people.

7. Saying things aloud. Letting yourself hear your own honest words is so much more difficult than writing it down. Instead of just writing a journal, try and say it to yourself (something I’m still working on). Hearing yourself say it has a huge impact on your beliefs.

There are so many benefits I’ve gained from my decision to quit playing video games. I have more time, more energy, more happiness to pursue dance, school, photography, card magic, and a social life!

Next Post: How I Restarted My Life by Quitting Video Games