“The existential crisis I had postponed since I was 17 finally caught on. I was 24 now, what the heck was I doing with my life?” 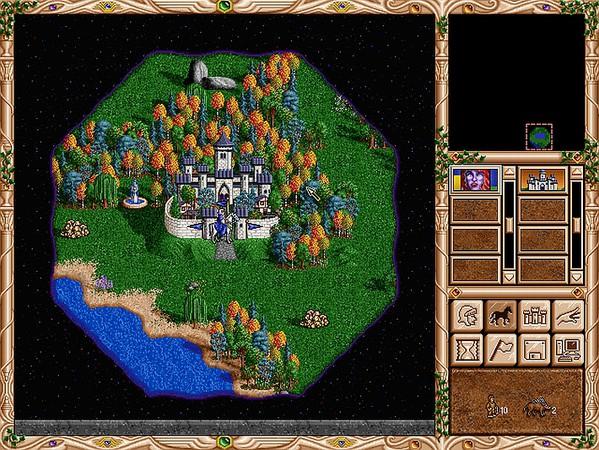 It was amazing! The sheer fun of this simple adventure on the TV, amazing. I sucked, because I couldn’t play all day like my buddy. But it was even amazing to just watch him play.

Years later, I remember playing Heroes of Might and Magic II with my brothers. We could play for hours and hours. We poorly understood English and the game, but through trial and error, we found out how the game worked, and we learned a new language while doing it. (Thank you gaming.)

Our parents would urge us to go outside. Get some sun, make some friends, move your body! “Naaaah” Because what could compete with this fantasy world? With this compelling narrative? And these amazing graphics?

My gaming habits sticked, of course. It had become second nature. I didn’t have any trouble at school really. But once I was in university, it became a problem – I started using it as a drug.

When in the real world my life wasn’t going that well – I would flee to gaming. Need to study hard? Rejected, or dumped? Months of gaming is the cure! Just numb myself a bit with a long session of RPGs and strategy games.

My computer was just this instant satisfaction dispenser. Although it was more numbing than real enjoyment.

The apex of my compulsive gaming was Skyrim! It was incredible! I don’t know how many hours I spent in that fantasy world. It didn’t matter what my buddies where doing, if I had exams or not, or whether it was 30 degrees outside.  *(Celcius mind you ;), so around 86 Fahrenheit).

This went on for months. Until I realized I wasn’t that happy. I hadn’t been for a long while.

The existential crisis I had postponed since I was 17 finally caught on. Like a tidal wave of realism and pain gulfing over the fragile ego I had left. I was 24 now, what the heck was I doing with my life? Where was I going? Was I just going to sit inside for the rest of my life – gaming, jacking off, sleeping and repeating? What about my graduation that was long due? What about all the experiences life had to offer? What about girls?

Suffice to say, I became quite depressed.

In the past if I felt a bit depressed I would hop on my digital steed and drive off to kill some undead. But that wouldn’t work anymore.

It had to stop. I don’t remember how I exactly did it. But slowly yet surely, during the next months, I drastically reduced the amount of gaming and binge watching. I started reading constructive blogs and books. Classics like “How to Make Friends and Influence People’ and blogs like NerdFitness. (I don’t think Game Quitters was around in 2011 :).) My entire mindset had to change.

Especially my self esteem and social skills had suffered these past years. Step by step relearning how to normally interact with people was awkward and painful to say the least. But with practice it did come back. It’s even intuitive by now!

In the end I grew stronger! I got fit, met girls, made new friends and worked hard on my studies. My personality, that had withered in my screen lit room, was slowly reviving. I even started achieving some amazing things. Running half a marathon, rowing a 100k race, solo traveling in Asia for 6 months, hooking up with the hottest Venezuelan girl ever, and much more.

But more importantly – I became way more confident and self reliant. Now I have a set of values and goals I work hard for. I don’t hate myself anymore – I really like me actually :)! And that is a really nice way to live.

Is life easy now? F*ck no! Do I still feel the need to flee reality? Yes, and I do create a healthy mental distance sometimes. But I do tackle my problems now. No more evading of hard truths or emotions, but facing them head on.

And that is what is important. It is your life. You have just a few decades in total. Fight and work hard for what you find important. Always get yourself to the next level! There is so much more out there. But you do need to let go of some artificial worlds!

This story was submitted by a member of our community. Want to inspire others with yours? Submit your story here.

Previous Post: 8 Lessons I Learned When I Quit Gaming for 90 Days

Next Post: Is It Worth Quitting Gaming When You’re 16 Years Old? ??