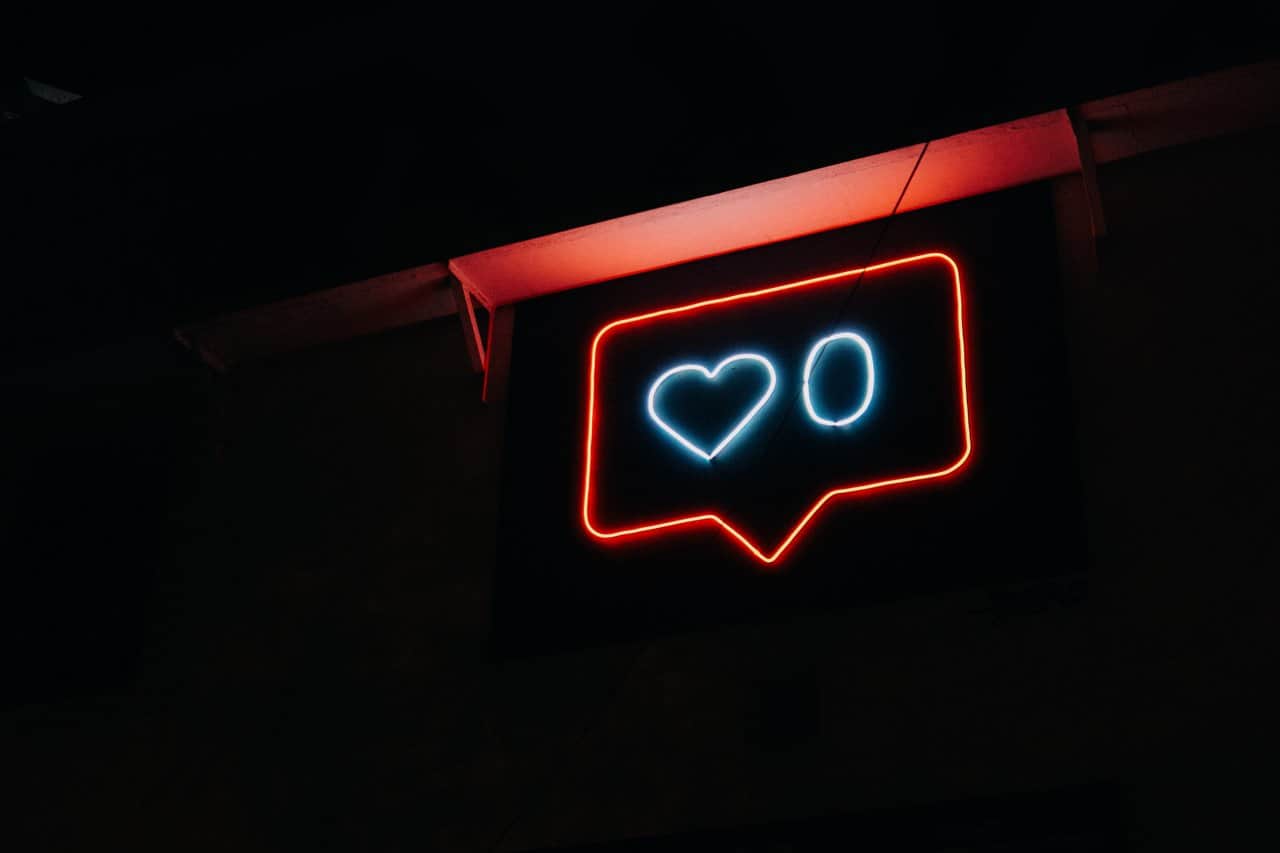 I was so hesitant to sign up to Game Quitters and commit to quitting video games because it was all I knew in life. Nothing made me happier or filled me with purpose like gaming. All my friends were gamers and my whole world was on the computer. My video game addiction had control over me.

I never left the house, never dated, never developed myself into much aside from going to college and getting a job. I just looked forward to being home and playing games and not living my life. I spent all my time on Reddit and Twitch, and even though I had a few friends on Discord, I spent too much time on there too.

At first, I was ashamed of that, but shame is a word you learn to say as little as possible when you’re in therapy and trying to improve your life. Shame and regret are two of the biggest negative emotions you can feel and they often contribute to relapse and emotional spirals into deeper depression and anxiety.

Quitting video games would force me to confront these emotions, develop strategies to deal with them, and studying myself to be truly introspective.

The Harsh Reality of Pro Gaming

Quitting games is something special for me. With my childhood, comeback story, dealing with abuse, and my insane year its been one hell of a journey. Gaming was my crutch. It was my place to hide. It was my place to live when I couldn’t live and felt trapped. It was the outlet for all of my frustration and the source of my power. For me to turn away from gaming after it brought me this far has been so difficult.

I just refuse to be controlled and dependent on something that isn’t me. When people, companies, and societies failed me and left me alone I couldn’t take it anymore. I got so angry with the routine of being depressed, anxious, angry, filled with hate, and sad only to retreat to my bedroom and play on the computer. I’d play games with other miserable people. I’d throw myself into the toxic communities of gaming. I was so tired of people picking fights with me in random games because they thought it was funny.

I was tired of trying to do amazing things in games and not have it matter to me. I was the best player in EA Sports NHL for 4 years, ran 2 clans on RuneScape for 11 years, and I was the best Grifball Player in Halo Reach for 2 years. I was on an elite team for Halo Swat mode on Xbox LIVE and was about to make a push to study and dedicate my time to trying to become a pro Overwatch player.

None of it mattered.

Nobody cares when you’re that good at a game. They want you on your team, they want your attention so they can get attention from others that they’re playing with you, they pretend to be your friends and abandon you the minute you’re not the best. Being the best in the world meant nothing to me. I got nothing out of it emotionally.

I reached my plateau in gaming when my college friends were meeting women, getting married, having kids, and traveling the world on vacation. I was alone with fake friends. Even my friends from college who played video games were fake friends. They just want to have me over, play Super Smash, beat me in it, get angry at me if they lose because they are judging me and want to put me down, and then drink beer after.

I detached myself from this. 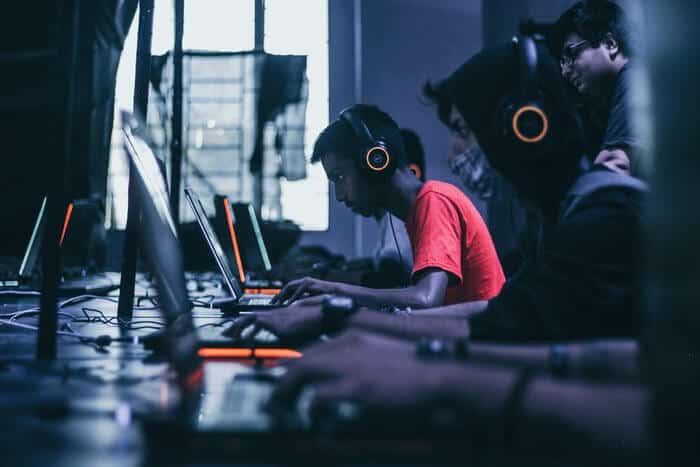 Gaming Had Taken Over My Life

I want love. I want to love life. I want to wake up and know in my heart that nothing is pulling me to play games. Addiction has this invisible force in our brains which gives you anxiety if you’re not playing games. You feel like you can’t stand the quiet of being alone. You can’t stand the fact that you’re going to have to deal with your thoughts and your pain without drowning it out and forgetting. The same thing happens with social media apps and there’s even a term now called TikTok brain.

I grew tired of the cravings. I went into my own detox out of anger. I was tired of failing. I was tired of not being confident enough to make friends and find more well rounded hobbies. Never again was I going to lay in bed at 7 AM trying to fall asleep after playing games for almost a day straight. Malnourished from not eating food or drinking enough water. Physically confused and mentally exhausted due to too much focusing on games and dopamine rushes and depleted serotonin levels. I was tired of crying myself to sleep in the morning when others were waking up about to start their days. I was tired of letting myself down and harboring thoughts of myself being a failure.

Shame, regret, and failure. It’s so easy to blame yourself and hate yourself. I learned a long time ago that I loved myself. When I was at my worst I was there to pick myself back up when I had nobody. This gave me confidence in trusting myself to get through addiction. When I have nobody I’ll have myself. My spirit is stronger than anyone else’s spirit because I believe it and proved it to myself. That’s the attitude I needed to quit gaming.

Quitting an addiction is tough. Most of the time you fight these demons alone. Communities like Game Quitters are important in giving people structure, community, and hope for when we absolutely need help.

If someone were to ask me how I have been able to quit video game addiction I would say a few things.

Recognize You Have a Problem

Are you hiding from your life and yourself? Are you playing so much each day that you neglect everyone around you and your life? Do you continue to play even though you don’t want to play anymore? Do you suffer withdrawal when you’re not playing? Is it all you can think about? Is it what you turn to in life for happiness, success, friendship, and purpose? Are you filled with in-explainable brain fog when you’re not gaming and don’t feel mentally clear? Then you have a problem.

Don’t try to quit for 30-90 days and then go back to it. It won’t work and you will fail. Eventually you will recede and go back into bad habits of gaming, escapism, and depression.

I’ve seen so many people on this website, including myself, say with confidence that they are going to try gaming in moderation and they all fail. They all come back and say they failed. I failed.

I quit gaming from April of 2018 until September 1st of 2018. I did it and then just went back to old habits. By October I was playing 18 hours straight again and getting so angry. In the middle of October I had such an enraged moment where I just removed myself from gaming and realized I let myself down.

I knew I had the power to quit gaming if I made it 4 months before this. I needed to keep going. I loved my life when I quit gaming and wanted the rest of my life to be even better.

Understand Why You Play Video Games

If you consider your emotional/mental balance to be a building, then consider video games a support column holding up that building. If you remove the column the building will fall.

You depend on gaming for happiness and emotional balance. That’s not healthy.

I played games because I wanted friends, needed to feel purpose in life, wanted something I could do that I was good at, and wanted a place to escape.

To counter this, I found multiple hobbies that are only done in communities such as yoga, rock climbing, board game nights, recreational sports leagues, group hiking, book clubs, movie nights, cooking parties, boxing, you name it. Some stuck and some I hated.

I now have tons of friends though and they all care about me more than my gamer friends. The hardest part of finding a new hobby is being bad at it.

We all used to suck at video games at first, but eventually we became great. It sucks being bad again – especially if you were the best in the world at something else. Allow yourself to fail at a hobby and be bad. We refuse to because we are ashamed of ourselves in the first place.

Behavioural therapy has taught me how to deal with embarrassment, shame, regret, and failure. I also took my job more seriously and became a lot better at it. I’m professionally recognized now.

Willpower only gets you so far. If you don’t study yourself and have introspection then you will fail at quitting an addiction.

You have to do what I mentioned in step 3 in order to quit. You have to understand why you are addicted.

I haven’t craved video games in over 8 months because I replaced my sources of friendship, success, and happiness from gaming to other things. I no longer crave games and don’t need to rely on willpower at all. I no longer crave anything.

I’m very proud of myself for quitting this far and continue to keep going. Gaming is evil in my eyes. I dislike most gamers. I dislike the gaming community, and I dislike game companies. I want my mind to be free for the rest of my life and I’ll make sure it happens.

Thank you everyone for being here along the way with me. If I can do it so can you.

Next Post: 9 Tech-Busting Tips for Families to Avoid Screens During Coronavirus