“Immersing myself in the World of Warcraft gave me a brief moment of happiness, something I did not have at high school..”

I started playing games when I was four years old.

The first console I had was the Super Nintendo. I started to play games such as Super Mario and Donkey Kong. A year later I received the Gameboy Color with Pokémon Yellow.

I was hooked and played the game almost every day.

I liked gaming because it gives me the opportunity to escape reality. In my first years of high school I got bullied a lot. People were calling me names because I was overweight and said some nasty things behind my back.

I started to isolate myself from others. I was pretty much alone and gaming gave me the opportunity to escape the shitty reality I was stuck in.

Playing a FPS or immersing myself in the World of Warcraft gave me a brief moment of “happiness”, something I did not have at high school.

At the age of 20 I noticed gaming became a problem for me personally. Instead of focusing on my goals and being productive, I was too busy chasing fake achievements in a virtual world that doesn’t exist.

Without noticing it I did spend playing a game for 6-8 hours a day. I gained weight, isolated myself even further and became almost a shut-in.

The true realization when I knew I had to quit playing games was when I saw my time I had spent playing them.

Think about it. That is basically 250 days. I could do so much better things at that time, for example learning a new language, learning a new skill, or travelling abroad. Yet, I was stuck behind my screen leveling my fictional character instead of myself.

I Was Damaging My Relationships

My parents are the greatest people I could wish for. But instead of spending quality time with them I did spend my time behind a screen leveling up my character in a MMORPG game and obtaining the best gear that was available in the game.

I was also a socially awkward person when it came to communicating. I was a terrible communicator. Really bad. Like extremely-nervously-terribly bad. Isolating myself gave me no opportunity to improve it.

At the beginning of the year 2016 I decided it was a good time to quit playing games and focusing on my goals.

I was searching on the web for support groups and organizations that perhaps could help me to combat my gaming addiction. It was a bit difficult, because there were a very few organizations that were specialized in helping people who were addicted to playing video games.

One day I discovered this video of a TEDx talk of a guy (Cam) explaining game addiction and sharing his story. His story was very similar compared to mine. I was socially awkward, played video games every day for 6-8 hours, and there were even times I wanted to commit suicide. I knew I had to contact him to get help.

I Started with the 90 Day Detox

It was difficult at first. Playing video games was pretty much the only thing I knew. But I told myself I had to move forward, and after a while I managed to finish the 90 days detox without relapsing. 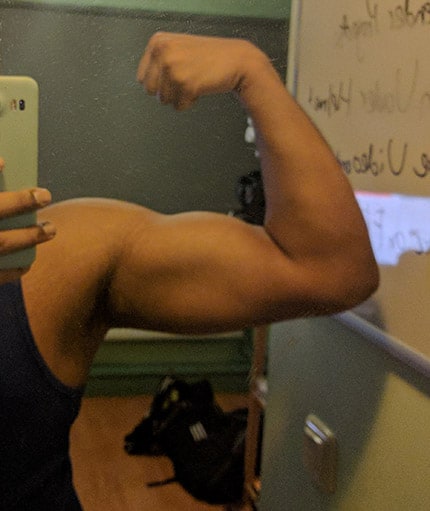 There were a lot of benefits I have gotten from quitting gaming. I started to prioritize my goals that I wanted to achieve.

I decided it was time to lose weight. I started to go to the gym and decided to do lifting 3-5 days a week.

I also started to eat more healthy and counting my calories. I managed to lose more than 25kg (55lbs.) and gained more muscle. I am not at my end-goal yet, but I am confident I will reach that goal sometime in 2017.

Currently, I am also heavily involved in learning how to program and 3D modelling. My ultimate goal is to work in the VR/AR sector. I believe these developments can be beneficial and successful in other industries besides the gaming industry.

Quitting gaming gave me the opportunity for personal development, and doing the things I love, such as 3D modelling, travelling and spending quality time with my family.

Gaming itself was not the problem. It was me. I was simply unable to play them in moderation, and played it so much it negatively affected my life.

Looking back I am glad I took that decision to quit gaming. It was perhaps the best decision I took in my life to improve myself.

If anyone is in a similar spot I was years ago, I highly suggest you to try out the 90 days detox. It is tough at first, and there are moments you could relapse. But don’t kick yourself if you relapse. You fail and you get back up. Keep on moving forward, and do not let others tell you that you are never able to achieve your goal. It is possible.

Difficult, tough, frustrated, but possible. Don’t rely on motivation. Build discipline to reach your goal. Good luck on your journey.

Next Post: My Name Is Luxo, and I’m a Recovering Video Game Addict.