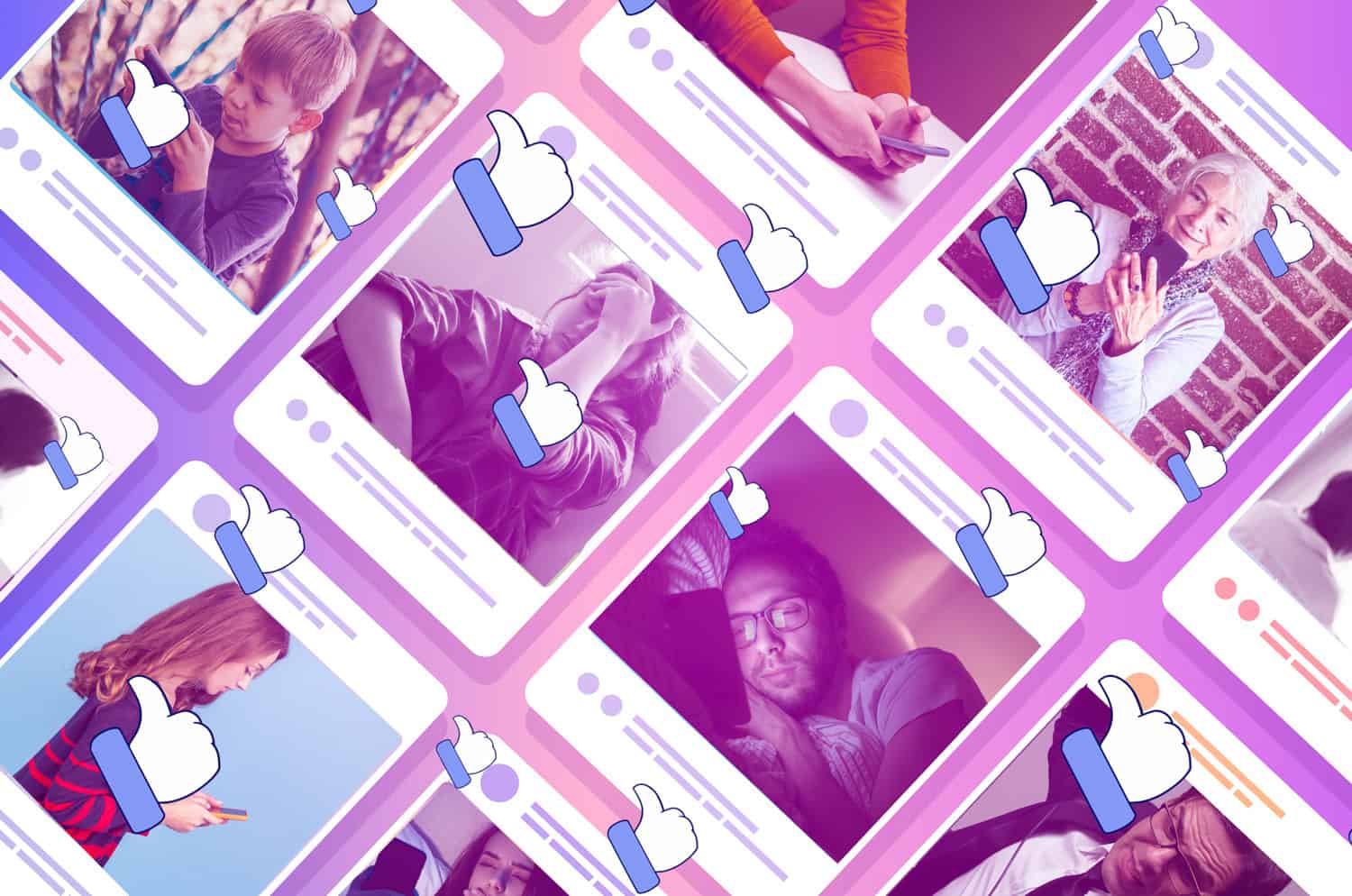 Millions of people around the world use social media every day but how does a seemingly harmless hobby become an addiction?

While social media is a great way to connect with friends and family, watch videos and discover a world of information, for many people it can have negative repercussions including a fear of missing out (FOMO). This can make some people feel that others are leading more fun and interesting lives, which can trigger feelings of loneliness and low self-esteem that can eventually cause more serious mental health issues.

This article lifts the lid on social media addiction – what it is, how to identify it and where to get support if you, or a loved one, are struggling.

Get immediate help for you or a loved one’s social media addiction. Book a free Gameplan call now to learn if our program is the right fit for you.

What is social media addiction? 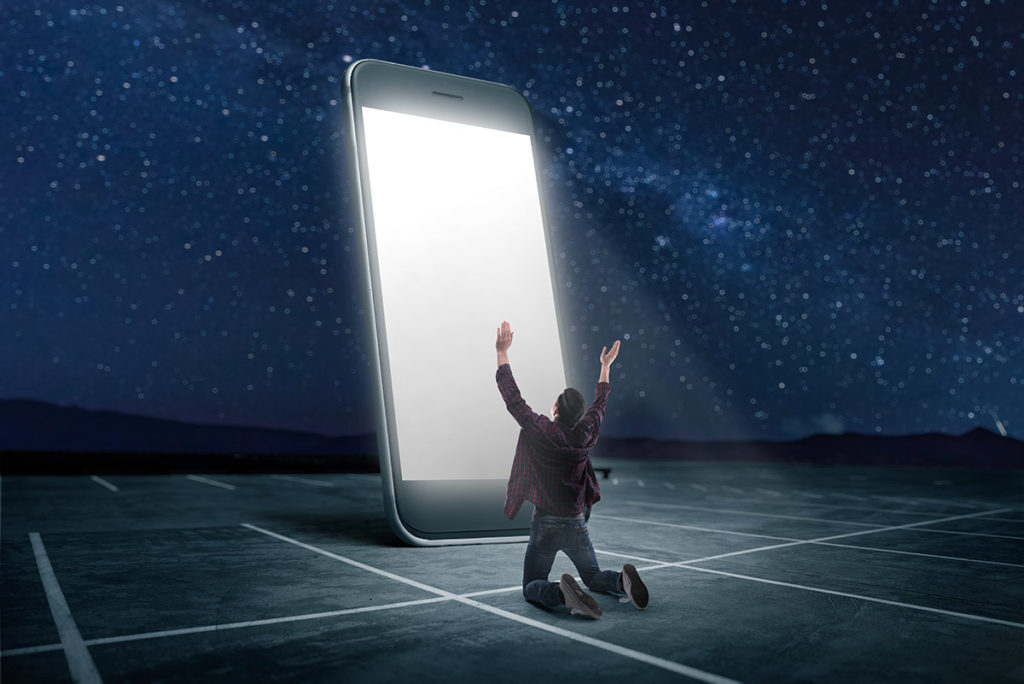 There is currently no official diagnosis of social media addiction. The Diagnostic and Statistical Manual of Mental Disorders (DSM) from the American Psychiatric Association lists it as a “condition for further study”. However, compulsive social media use is widely recognized as a behavioral addiction that is becoming increasingly common and gaming disorder was officially recognized in 2019.

Unlike addiction to drugs, alcohol and nicotine, behavioral addictions do not involve a substance. However, the desire to experience a ‘high’ from the behavior – in this case scrolling through posts, images and videos – can be just as strong.

Social media addiction is usually characterized by an uncontrollable urge to log onto social media and continue to engage in the activity for extended and frequent periods of time despite the damage it may cause to relationships, work or school responsibilities, and physical and mental health.

Clearly not everyone who uses social media will develop an addiction. But as social networking sites becomes increasingly accessible to more and more people around the world, there is likely to be an associated rise in the number of people suffering from social media addiction.

Why is social media so addictive?

In order to understand why social networking sites can be so addictive, we need to look at how social media affects the brain.

Whenever you use social media, the brain releases dopamine – the feel-good neurotransmitter. As a result, the dopamine makes your brain recognize social media as a rewarding activity that you should repeat again and again. Over time, the brain becomes reliant on this type of stimulation as the positive feelings experienced when using social media are only temporary and the dopamine rush soon wears off. So, the brain needs more and more social media use to induce the same feelings of pleasure – there’s even a term now called TikTok brain.

The constant stream of likes, comments, shares, views and emoticon reactions from social networking sites cause the brain’s reward pathways to trigger the same kind of chemical reaction seen with alcohol or drug use. Stanford psychiatrist, Anna Lembke, describes the link between drugs and ‘digital dopamine’ when describing the addictive potential of social media:

“Just as the hypodermic needle is the delivery mechanism for drugs like heroin, the smartphone is the modern-day hypodermic needle, delivering digital dopamine for a wired generation. The hypodermic needle delivers a drug right into our vascular system, which in turn delivers it right to the brain, making the drug more potent. The same is true for the smartphone; with its bright colors, flashing lights and engaging alerts, it delivers images to our visual cortex that are tough to resist. And the quantity is endless. TikTok never runs out.”

Sometimes, social media is used to relieve stress, loneliness or depression. However, the more you turn to social networking sites as escapism, the more the negative consequences of social media will worsen loneliness or stress. This pattern of behavior can become increasingly destructive over time. Undoing the damage done to the brain because of addiction to social media can take months to correct. These statistics offer a fascinating insight into the scale of social media usage and how overreliance on social networking sites can be a cause for concern. 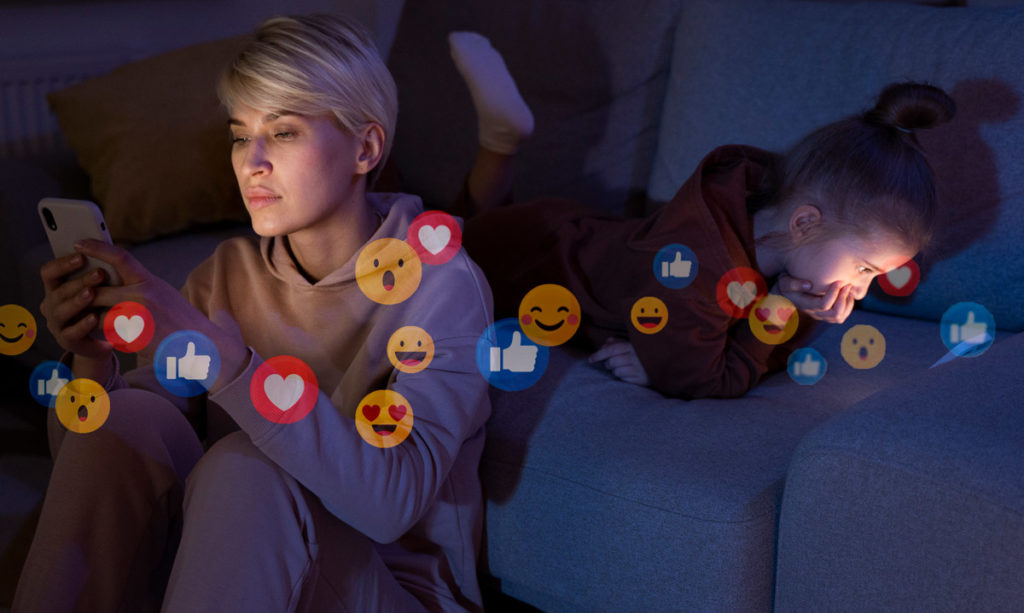 For most people, social media is a fun activity but for others it can become an unhealthy obsession. How do you know when your social media use – or the behavior of someone you care about – has become problematic? Here are some common warning signs that your relationship with social media may be spiraling out of control:

Get immediate help for you or a loved one’s social media addiction. Book a free Gameplan call now to learn if our program is the right fit for you.

The link between social media and mental health issues

Does time spent on social media always have negative mental health implications or can it be beneficial for our well-being?

According to a review of studies, excessive social media use is associated with a number of psychological problems, including anxiety, depression, loneliness, attention deficit hyperactivity disorder and addiction for a minority of people. This is because the overconsumption of social media can make them feel isolated and socially excluded if they think that their life is not as exciting or fulfilling as other peoples’. Another study shows that young people who spend more than two hours a day on social networking sites are more likely to have poor mental health with high levels of psychological distress and suicidal ideation. This can be especially true for people on apps like Discord, TikTok and Reddit.

However, other research suggests that social media use is not always harmful. A large-scale study published in the journal Psychological Science found that the relationship between screen time and mental well-being works in a concept known as the ‘Goldilocks hypothesis’. This concept uses the same analogy as the Goldilocks and the Three Bears fairy tale – where moderation in screen time rather than porridge (not too hot, not too cold) and beds (not too hard, not too soft) is ‘just right’. The research found that high levels of daily screen time (2+ hours), especially on weekdays, was linked to lower levels of well-being. However, it also found that very low (or no) daily screen time was also linked to lower levels of well-being. The optimum well-being was associated with just under an hour a day spent online.

How to achieve a healthier balance with social media 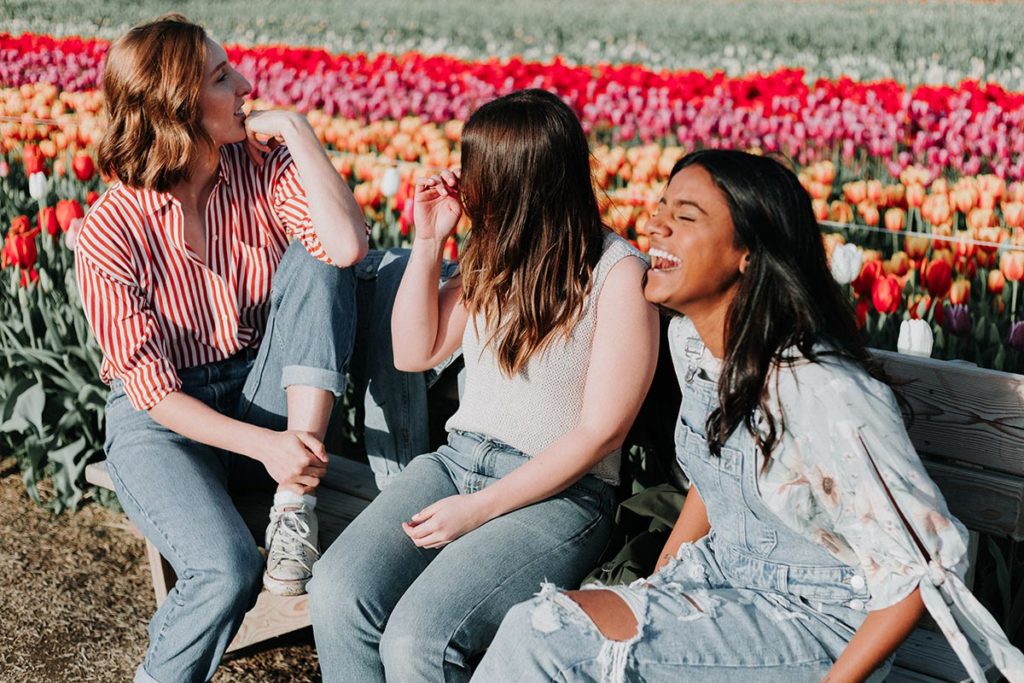 If you, or a loved one, want to reduce the amount of time you spend mindlessly scrolling and posting on social networking sites here are some tips:

Reducing screen time can be an effective way of cutting down on social media use before it becomes harmful. However, if your addiction to social networking sites is deep rooted, you may need professional support.

Social media addiction is treatable and many people have successfully recovered. Our coaching program is designed to help individuals and families establish a healthier relationship with technology.

Get in touch to book your gameplan strategy call to discuss how to stop social media addiction and regain control of your life.