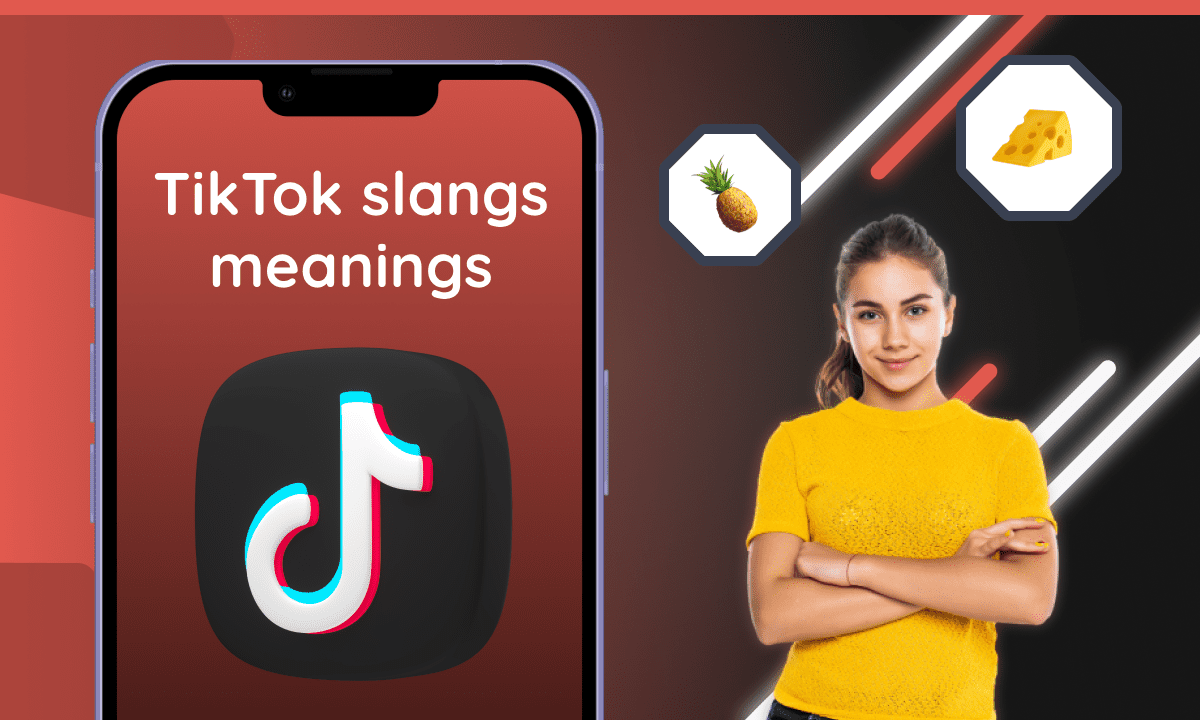 TikTok has soared in popularity over recent years and for Gen-Z it’s an increasingly important part of their cultural landscape. As its popularity has grown, so have the number of TikTok sayings used on the platform. Some of these expressions are unique to TikTok, while other slang is spilling onto other social media sites. Inevitably, a number of TikTok phrases are also starting to infiltrate everyday life, leaving many parents flummoxed.

It is not just words and phrases that are baffling parents, there are also TikTok abbreviations, acronyms and emojis to decipher. If you’re the parent of teens and often wonder “What does it mean?” when they are using TikTok slang, we can help. Our A-Z guide explains the most common slang terms used on the platform and includes a comprehensive TikTok abbreviations list. 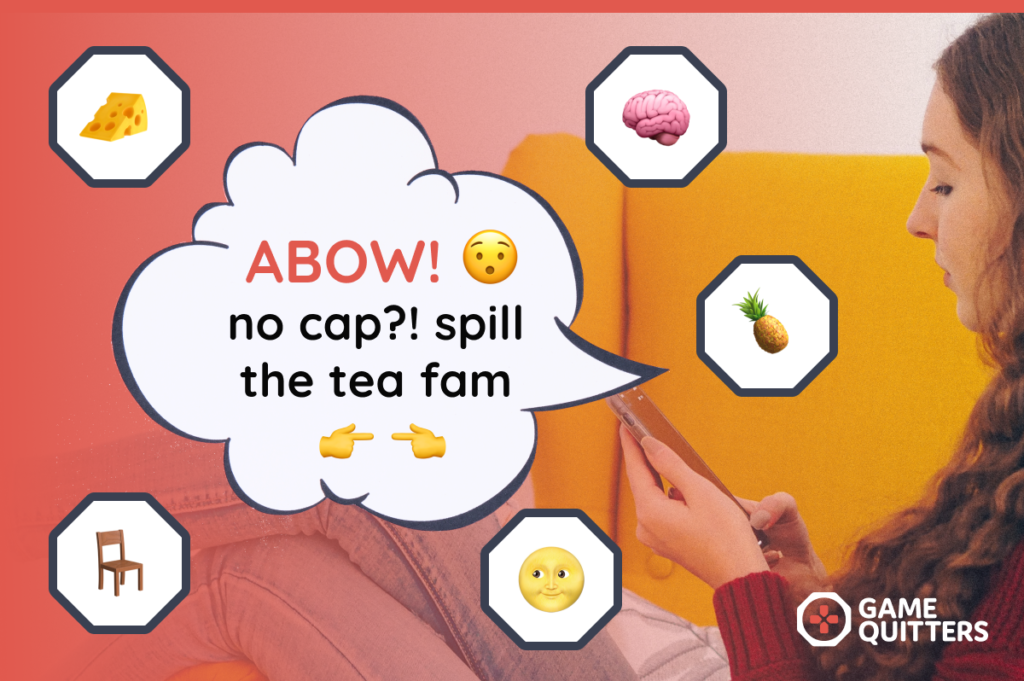 Here are some of the most common phrases on TikTok decoded:

Abow – Similar to wow, damn, or OMG and is used to express shock or disbelief

ALR – All right. The #ALR hashtag is used on videos to get more views

AS – Adult swim. #AdultSwim or #AS hashtags are used when creating short clips known as ‘bumpers’ in the style of the US Cartoon Network late-night programming block, Adult Swim

ASL – Age, sex, location. Not a new phrase, but it is used on TikTok to mean ‘as hell’

ATP – This abbreviation has a couple of meanings on TikTok: ‘at this point’ and ‘answer the phone’

BBL – Brazilian butt lift. Used when TikTok users share before and after pictures of cosmetic surgery

Caught In 4k – To capture someone’s reaction to a situation

Crop – When someone comments ‘crop’ on a video, they are asking the user to reload the video so it’s not obscured by anything such as a like or share button

DC – Dance credits. Used in TikTok captions alongside the name of the person who came up with a dance to give them credit for it

DNI – Do not interact. To show that content is not meant for anyone under the age of 18. Also used when someone doesn’t want to interact with people who support or post certain things

Face card – Used on different social media platforms to mean that someone is and always will be very attractive. Users post selfies with captions such as “face card always valid” or “face card never expired”

Finna – Getting ready to do something

FR – for real. If someone asks if you’re ‘for real’ they are wondering if you’re being serious or truthful

Fruity – Someone who belongs to the LGBTQ+ community

FYP – For you page. An individual landing page displaying videos that TikTok thinks you might like based on your personal algorithm

Glow up – A physical or mental transformation

GYATT or GYAT – Short for ‘goddam’ and used when a guy sees a girl he finds attractive. Often mentioned on Twitch streams

Heather – From the Conan Gray’s song, Heather. The singer “wishes they were Heather”, who is desirable and everyone wants to be her. In TikTok lingo, to say, “You’re such a Heather” is a compliment

Hot girl summer – Living your best life: having fun, looking good, feeling confident and not caring what others think

IB – In a TikTok caption, this acronym means the video has been ‘inspired by’ another video

Karen – A demanding or aggressive woman

No cap – Means you’re not lying

NSFR – Not safe for Ramadan. Used as a hashtag on certain videos during the month of Ramadan

OOMF – One of my followers

Pick me girl – A popular girl who craves attention, especially from the opposite sex

POV – Point of view. Used in captions when a video shows the viewer’s perspective of a certain situation

Pushing P – Means something is positive

Ratio – When a comment has more replies than likes, which is usually not a good thing

RT – Retweet. Someone agrees with something so much, they would retweet it on Twitter

Shadowbanned – When content is blocked by TikTok without your knowledge

Sneaky Link – Hooking up with someone in secret. Their identity is known as the ‘sneaky link’

Straight TikTok – The mainstream side of the app

TikTok Brain – The term ‘TikTok brain’ is used to describe some of negative aspects associated with the platform. The endless stream of short, fast-paced videos that offer instant and constant gratification is leading to shorter attention spans – with kids struggling to focus at home and school – and, in some cases, addiction.

TFW – That feeling when

Valid – Something that is very good or of a high standard

YT – Not an abbreviation for YouTube but a TikTok slang term for ‘white’. Used to refer to a person’s skin tone

4Lifers – People who will always be in each others’ lives 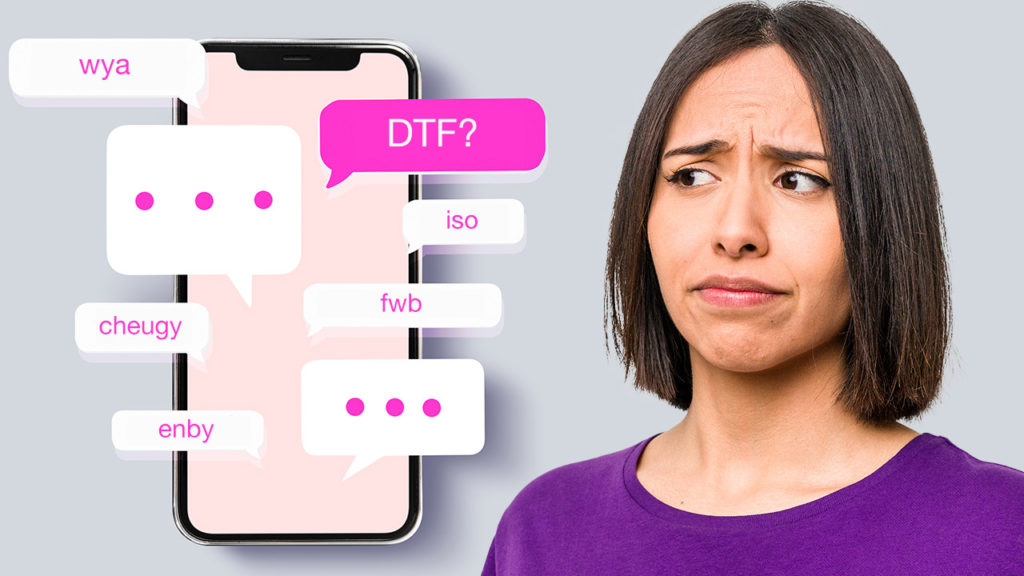 Spending too much time on TikTok?

Although TikTok is a popular social media platform, it can be highly addictive and lead to individuals struggling with TikTok addiction.

Many users – particularly teenage girls – are spending too much time compulsively consuming content to the detriment of other interests and activities, their education, relationships, and mental health and well-being.

In this article, we take a closer look at TikTok to help you understand more about the app, the risks involved and why TikTok is so addictive.

If you’re still struggling to communicate with your teen, despite reading our TikTok slang guide, and you’re worried about their gaming or social media use, we can help.

Get immediate help for your loved one’s TikTok and social media use. Book a free Gameplan call now to learn if our program is the right fit for you.

Next Post: Do Video Games Make You Lazy? Science Explained.