This is a guest post by Ben Brewer from Instinctual Introvert. 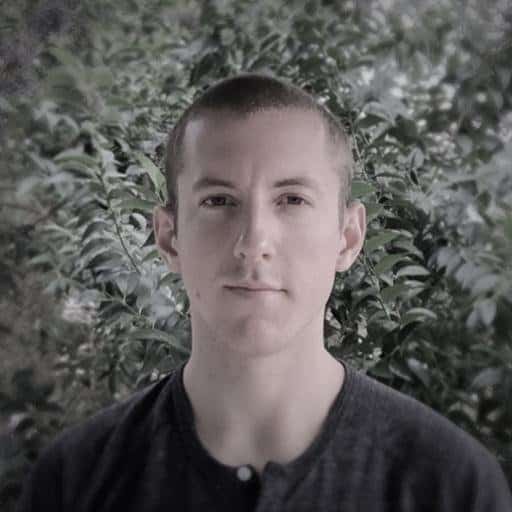 In 2010 I played Starcraft 2 professionally. For two years I flew around the U.S. and competed against the best in the world.

In the last tournament of my career — Intel Extreme Masters in New York City — I got my best result to date. I beat a top-3 player in the world*, a Korean named DongRaeGu*, and finished 4th place in the tournament, winning $1,200.

What a ride it was — that tournament, and my professional gaming career as a whole.

Yet, at the end of those two years, something in my life was still amiss.

My entire life I always had a game to turn to: Warcraft, Call of Duty, Dota, Starcraft. These games were my safety net; my home-away-from-home. And for ten years I was massively addicted.

Games were more than just a place to pass the time. They were life. And thus, everything that didn’t involve gaming got pushed to the back burner.

That’s why I had terrible social skills, few real-life friends and poor grades in school.

Feeling Out of Place

I was naturally reserved growing up. Making friends was not my forte. However, I still had a few friends in my early years who I clicked with.

But after I turned 11 — everything changed.

Two things happened: My parents home-schooled me; and I discovered the universe of online gaming.

This was wonderful (or not so wonderful) for a shy kid like me. Rather than push through the discomfort of making friends — I could simply play with a buddy online.

It was the easy way out.

But years later when it came time to get a job and attend college, all those neglected years came back to haunt me.

Turning My Life Around

Ultimately I discovered that video games — while fun — had no place in my life.

In my third year of college, I was giving a presentation and I bombed it.

If I could have disappeared right then and there — I would have. It was the lowest point of my life.

Yet as I walked out of the classroom that day, I vowed to turn things around. The first line of order, I knew, was to quit video games. The second was diving into self-development and learning how to socialize without making an utter fool of myself. 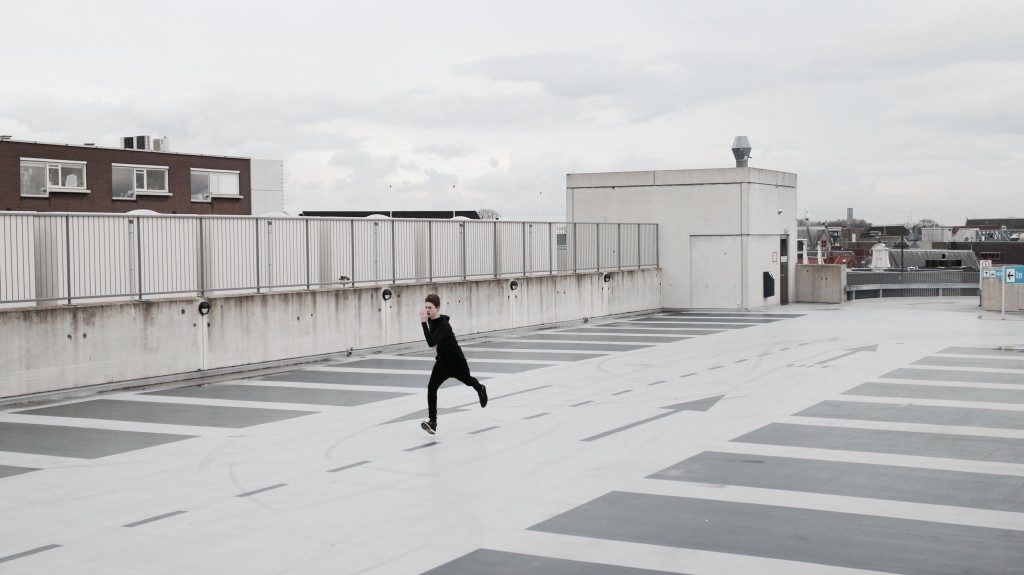 Things were on the upswing for a year after quitting. I saw measurable improvement in my life.

But, just when I thought I’d gotten past my biggest vice for good — I got the uncontrollable urge to go back and play. Just a little, I thought. And this time it won’t get out of control.

You can guess what happened next: Binge.

Video games had caused destruction in my life — that was clear. So why couldn’t I resist the urge to play, yet again?

The answer, I found, lies within the mind. When you repeat the same habits over and over — it wraps neural circuits in your brain with insulation called myelin.

The thing with myelin is that it wraps — but it never unwraps. No matter how far you run, your mind will always have that connection.

That’s why having a game plan is critical. You must be aware of the triggers that make the addiction rear its head — or, as I learned, you’re doomed.

The ways in which we try to outsmart ourselves. I’ll play for just one hour. I’ll keep it under control.

Three days in? Ah what the hell, another half hour won’t hurt.

You’re only watching someone else play. What’s the harm?

Yet a seed of possibility is planted. And every time you watch a stream you water that seed. And before you know it — the seed has sprouted and overtaken your mind.

Bottom line? If you were as addicted as I was, the last place you want your focus to be is games, in any shape or form.

The down days are inevitable. You will have them. Everyone has them.

These times are especially critical. Why? Because your brain only wants “what’s best” for you. It wants to be happy — while damning anything that gets in the way.

And video games for you and me? They’re the comfort zone; our good friend that has always been there to lift our spirits up.

But it’s a trapdoor. And that trapdoor leads to one place only.

Perhaps you’re like me, you had a hard time making friends, and video games just so happened to be perfect. A place you could make friends with ease.

Yet now that you’ve quit, you’ve had to leave them behind. So what do you say when one of those friends calls you, out of the blue, and paints a vivid picture of what it could be like, to once again, relive the glory days?

At the end of the day, this is your life, and you’ve only got one ticket.

Here’s the thing: Avoiding the triggers above is easier said than done. If you truly want to quit forever — you must take it a step further.

For me, video games were meeting needs in my life; needs that weren’t being met in real life. If I wanted a chance at quitting, I had to find a way to meet these needs.

Video games offer a quick-fix solution. No matter how bad a day you’ve had, video games are still there to release the pressure valve. You can simply immerse yourself in a reality where your problems don’t exist.

I reframed how I look at life. I’ve fallen in love with the process of working towards something bigger.

I’ve got a vision in my head of what my ideal life looks like. Nothing beats the feeling of chipping away a few more pieces, every day, and seeing my hard work pay off.

No, not even video games.

Everyone has a desire to feel their life is meaningful and amounting to something more.

With video games, you get that in the form of measurable progress—winning gear upgrades, earning new titles, climbing the ranks.

In this case, envisioning the future was crucial. What do I want my life to look like in 10 years? Will I be happier playing games? Or will I have wished I would have taken action to create a better life?

The choice was clear. And the next step, then, was figuring out what hobbies would make my life feel meaningful — so I wouldn’t have to turn to video games to feel my life had meaning.

For me that meant lifting weights, reading more books, and learning the guitar—all things that I can “level up” in, and that give me something to continually aim for.

Only one problem with that. If you’re like me — you didn’t have many real-life friends to fall back on.

I had to make myself uncomfortable. That meant stepping outside my comfort zone and getting past my fear of socializing.

It was the hardest thing I’ve done in my life… but it had to be done.

Humans are social creatures. If you don’t find a way to get that need met, it’s simply a matter of time until you turn back to gaming to get your fix. 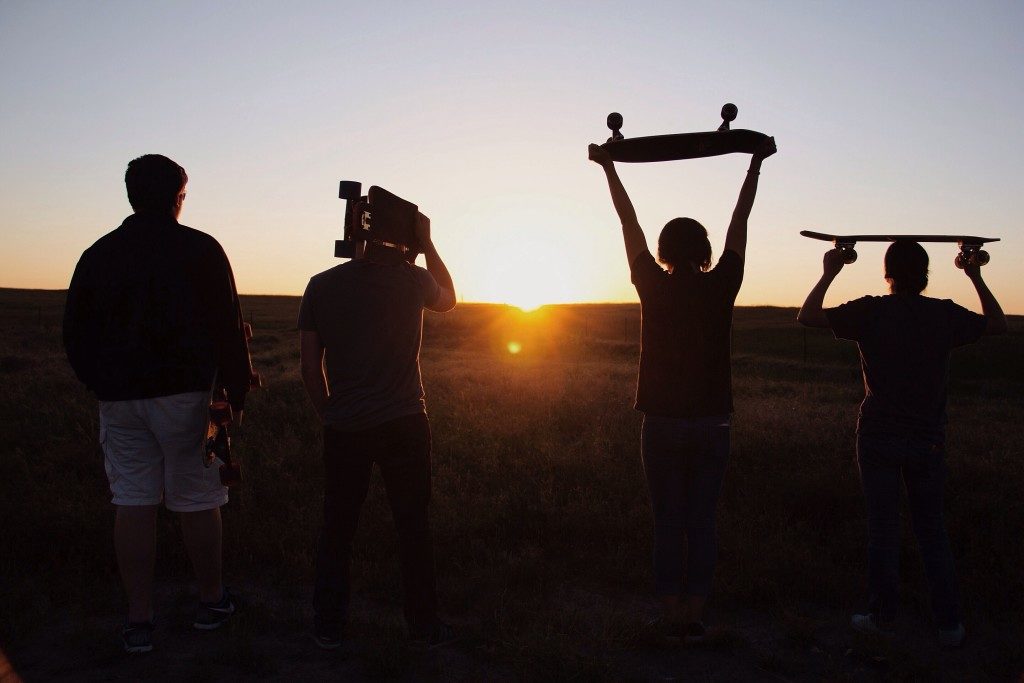 Being able to compete with anyone, at any time? My dream scenario.

I’m very competitive by nature and nothing spikes the feel-good chemicals more than dominating an opponent online.

What could possibly be more fun than beating someone?

In all actuality, I’ve found a competition that’s much more fun. And it’s the competition with yourself, and taking your life to the next level every day and every year.

Being able to look back to a year ago in sheer amazement at how far you’ve come.

For me it has all been worth it. Sure, there’s been growing pains from quitting. And the change has been gradual. I didn’t just stop playing and… POOF… things were amazing. I’ve been on this journey for quite some time. But each year, it only gets better.

And now, because I don’t waste countless hours on games, I can funnel that time into:

… and much much more.

Games are simply an afterthought now, what with the kick-ass journey I’ve embarked upon.

How about you guys at Game Quitters? What hobbies have you picked up to steer clear from video games? Share yours in the comments below.

If you are still playing games but you want to quit right now, check out Respawn.

Ben Brewer is the author of instinctualintrovert.com — a blog for introverts, to show that overcoming fear and anxiety is possible.