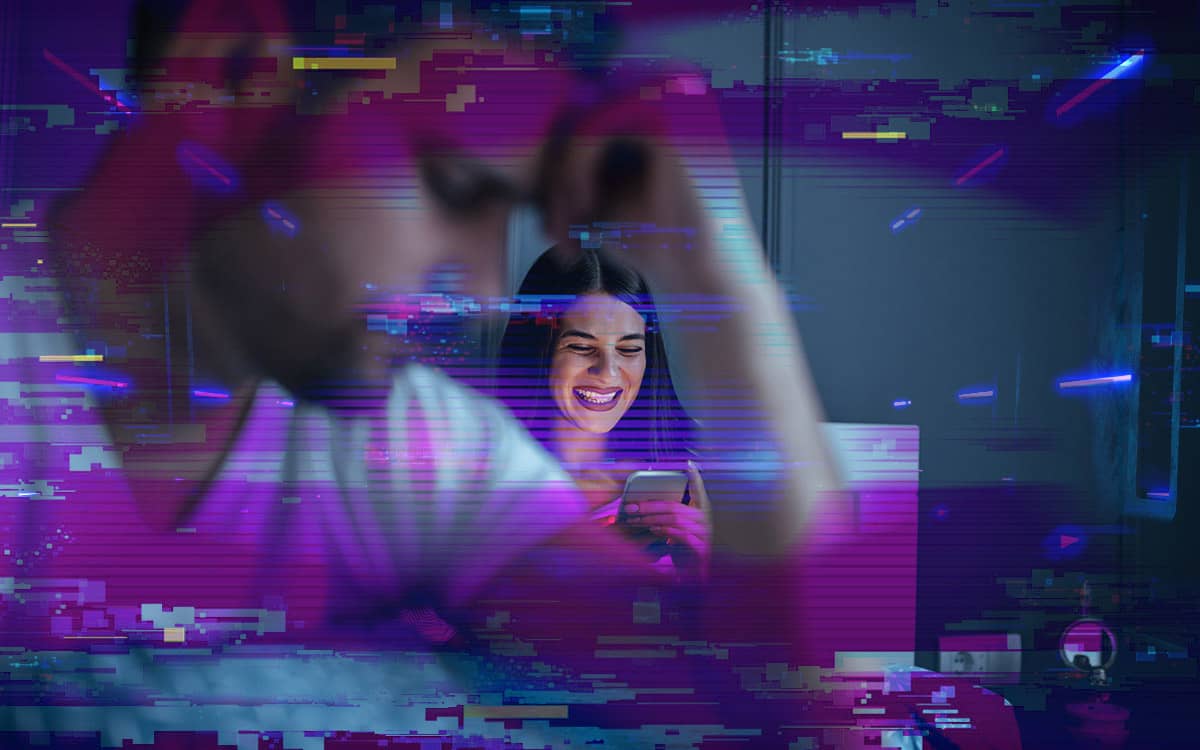 Struggling with a wife addicted to video games? In this article we will share how to know if your wife has a gaming problem, stories of others in similar situations and how to get help to save your relationship.

Not everyone who spends hours playing video games has a gaming problem. There’s a difference between a hobby and a problem – but the two can become blurred. What may start as a way to unwind after work or putting the kids to bed can become an unhealthy habit.

Due to the addictive nature of games, it can be tempting to play for hours into the night. Over time this pattern of behavior can become a vicious circle: being tired and irritable the next day, so using gaming to relax the next evening.

This article has real-life stories of wives who have become addicted to video games and shows the devastating impact it can have on the gamer and their close relationships.

Get immediate help for your wife’s gaming problem. Book a free Gameplan call now to learn if our program is the right fit for you.

Warning signs of a gaming problem 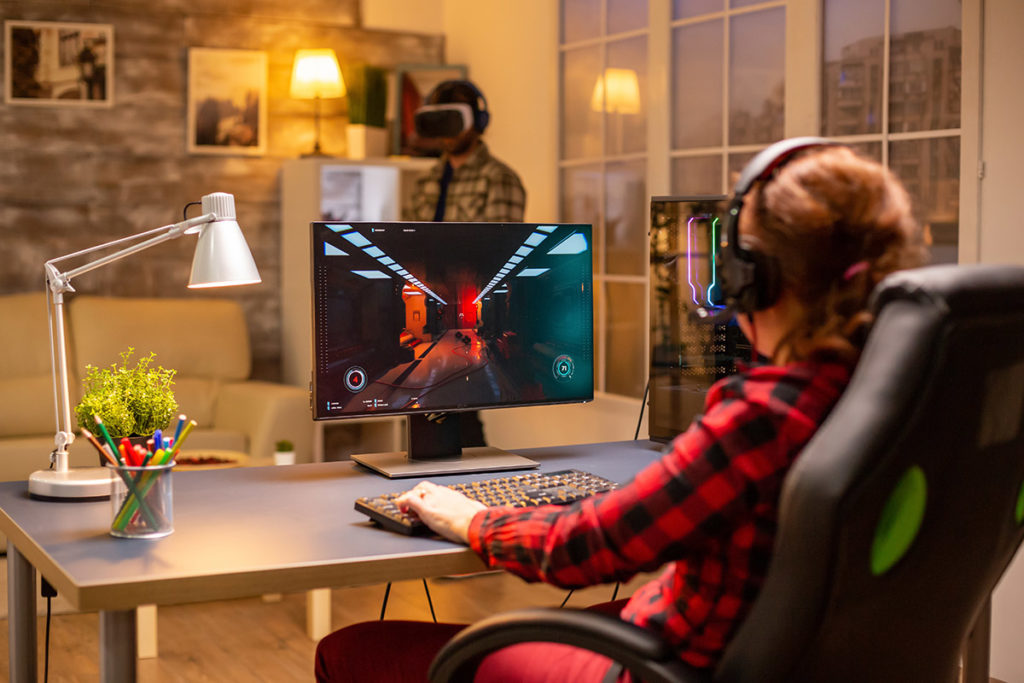 Here are some warning signs of gaming addiction that indicate your wife’s gaming may have crossed the line between loving to play and having to play:

What can I do if my wife is addicted to video games?

It’s important to recognize that not everyone who spends a lot of time gaming has a video game addiction. However, if you’re concerned about your wife’s gaming habits, you can suggest our video addiction test to find out if she meets the criteria for problematic use.

If she doesn’t want to take the test, explain how much pain her gaming is causing you and how it’s impacting your relationship. Gently point out the effect it’s having on your family life and other activities you used to enjoy together. Ask her why she is spending so much time gaming. Is it to escape an underlying problem or stressful situation? If so, is she able to talk about it? People addicted to video games rarely see what’s going on outside their virtual world, so she needs to understand the harm her gaming is causing.

Your wife may not immediately recognize the consequences of her actions. It may take a while for her to process your conversation and that’s perfectly normal. Give her the space she needs and let her come to the realization on her own. Then you can seek help together.

Stories of wives with gaming problems

Gaming problems can put a huge strain on relationships. We often get messages from concerned husbands saying:

If you don’t know what to do and where to turn, these real-life stories may inspire you to get help. 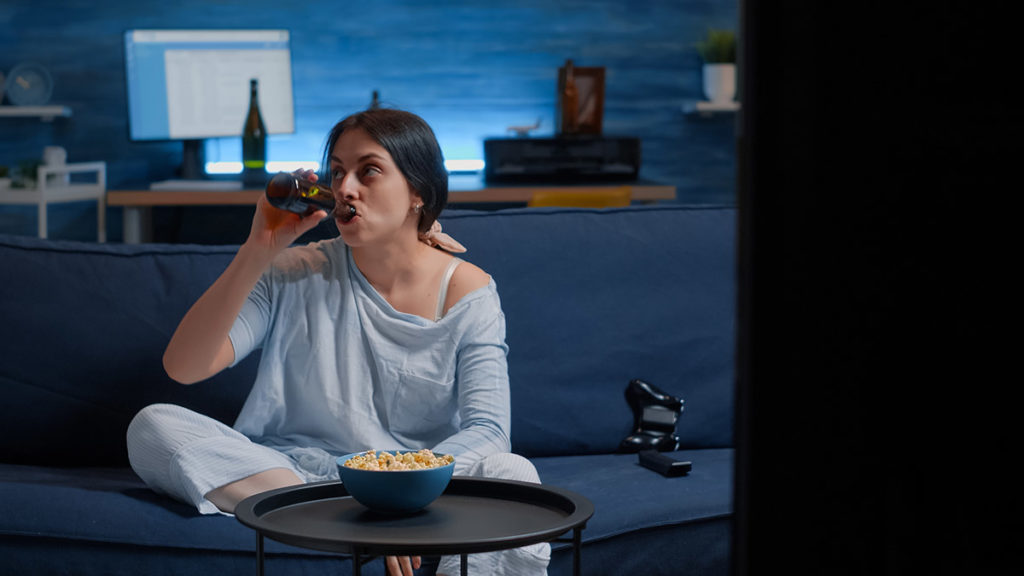 We recently heard from a husband whose wife is addicted to gaming. He explains how she logs on as soon as she wakes up and stays online until 2.00-3.00am because many of the people she games with are international. She just about manages to hold down a job but time spent with her friends and family is practically non-existent. She even games during vacations and on birthdays and anniversaries. This has created conflict and the more arguments it causes, the more she turns to video games.

Household chores – which they used to share – are either ignored or take an inordinate amount of time. If she does the laundry, she folds with one hand while continuing to game. Her husband told us he feels more like a slave than a partner as he tries to fill the void and keep some semblance of normalcy for their teenage sons. However, they spend hours gaming too although not to the same extent. They still make time for sports and schoolwork.

His wife recently tried to cut down on gaming – as she has lower back pain from sitting for extended periods – but it lasted less than a day. Her husband is in despair and doesn’t know what the future will hold. As she is increasingly consumed by gaming, they have little in common. He feels lonely and frustrated. What are the games giving her that he is unable to? He used to think she was lazy but he now understands it is an addiction and she needs professional help.

Sound familiar? Get immediate help for your wife’s gaming problem. Book a free Gameplan call now to learn if our program is the right fit for you.

This story from a member of the Game Quitters community lays bare the potentially destructive nature of video games.

“I’m a gaming addict, mother of two boys and a stay-at-home mom. The addiction got worse when I became a mom at 21 and suffered from post-partum depression.”

Instead of getting help for her depression and gaming addiction, she spent hours playing Call of Duty: Black Ops 4. Her husband is also a gamer but plays in moderation.

She told us that she has no friends and gaming has become an increasingly important part of her life:

“I’ve been a gamer since I was five and I’m now 28 years old. I’m scared of not playing because I get bored easily, so finding something that’s just as stimulating is hard.”

After managing to stop for a short while and turning to art to fill the void, she relapsed: “I got sucked back into playing League of Legends, Black Ops 2 and a bunch of other games. I stopped drawing altogether because I felt that what’s the point in trying to teach myself to draw when it just takes too long. Trying to balance playing video games with my life seems hopeless so that’s why I relapsed.”

She has a new baby and worries how playing video games will affect her interaction with him: “Will I forget to feed him? Will I get frustrated when he starts crying and interrupts my gaming session?”

She wants to stop playing but feels trapped: “I sent in a ticket to Riot to delete my League of Legends account and they gave the option of either deactivating or deleting. I haven’t decided yet because I don’t know what would happen to me if I ended up deleting my account. All I know is that the progress I made two weeks ago would be gone. I’d have to start all over again. I hate this, I hate myself and the negativity I put myself through on a constant basis. This is just a vicious cycle. I’m lost in my own head.”

Get expert help for your wife’s gaming addiction

If these stories resonate with you, we can help. At Game Quitters, we understand how gaming impacts relationships and how gaming can harm your marriage.

Book a Gameplan call today to discuss your situation and get gaming under control. Limited spots are available.