“I look back and remember who I was a year ago. I was a completely different person.” 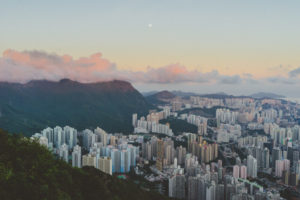 We all have our own reasons for why we want to quit gaming. For some of us, it’s to get better grades. For others, it’s to improve our social skills and confidence. For Josh, it was to improve the relationship he had with his family.

I’m in Grade 7 and making a change now will be crucial, not only for my future, but also for my family. I know I might want some games to play, but if it hinders my family’s relationship it would be something that would be hard to mend.

Josh began gaming when he was four years old with a gameboy. Like many of us, his gaming began as just a side hobby – his gameplay limited by his father.

As he got older he moved on from the gameboy and started to play computer and console games, including League of Legends in the 6th grade. He wasn’t allowed to play on the weekends, but after school he had a lot of free time and would play for three to four hours until dinner.

He didn’t enjoy gaming as much as others, but it was a way to hang out with his friends, and he didn’t really have anything else to do. Video games provided entertainment.

Gaming didn’t have a negative impact on his grades, but he did start to circumvent the rules his parents had for him, including playing on the weekends and buying new games which led to arguments with his family.

Midway through grade 7, with arguments happening more frequently, Josh began to think about whether he should continue gaming or not. Gaming was becoming a big issue, he was having emotional breakdowns and getting really sad – he didn’t want to have a bad relationship with his father.

Plus, if he was to quit now, it would probably have a positive impact on his future, and the earlier he started building his future, the better, because he would have more time to grow. This became part of his why – the purpose behind his decision to quit.

After a Google search he found the StopGaming community on Reddit, and found it inspiring and full of encouragement.

“It’s great that people out there have the same problem, and we can come together as a group and sort things out together.”

For the first month he joined a club for Gunpla, which are plastic models you can build and customize based on the Gundam animation series. He wasn’t exactly sure what he was looking for, but he used this time to explore the world around him instead of the virtual world online. 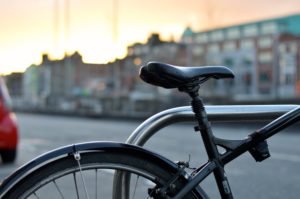 He also found cycling which was a lot of fun, but he would still spend more time than he’d like watching streams on YouTube. This is something Josh is still working on.

Recommended: Should You Watch Gaming Streams?

His friends would try to get him to play – they didn’t really believe him when he said he quit – and he would just say no. They eventually gave up. Instead of losing his friends, Josh focused on going out more often and organizing things to do together, like going to Disneyland.

He found his social life improved a lot by quitting video games and it helped him to take more of a leadership role with his friends. He also met more of his classmates, instead of just being friends with the ones that were gamers.

He found that by taking school more seriously, his classmates would approach him for advice on doing well in school.

He worked on developing qualities like showing appreciation and having empathy for others. He also found his attitude and personality improved, as he became more friendly and social, since he was no longer pre-occupied with 4-5 hours of gaming.

And then Pokemon GO came out…

Josh hadn’t played a video game in over 350+ days, but the social pressure to play Pokemon GO became too much to handle. He had also been thinking about playing it for a year before it was released.

Recommended: Should You Play Pokemon GO?

Two weeks later he realized he was playing too much again. He was pre-occupied, thinking about it all the time and he even had a hard time sleeping one night. He began to wonder what else he could be doing with his time instead.

He decided to quit Pokemon GO and invest his time in other activities, such as:

There is still social pressure for him to play Pokemon GO, but he has other goals now. He wants to find a purpose for his future career, continue to be more social, and taking time to reflect on who he wants to be after school is over.

His Advice For You 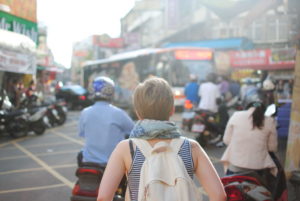 During our conversation, Josh continued to reiterate the importance of getting out of the house. He said:

Going out is key to avoid cravings. Whether you’re socializing or not, it doesn’t matter, but by getting out of the house you’ll see a lot of things you wouldn’t normally see. When you’re in your house, you’re confined to the things you always see. And that can be boring.

To get out of the house, Josh recommends to keep it simple. When his family goes out for lunch, he joins them, and then he roams around the area to explore.

Recommended: How to Get out of the House More Often

He also encourages you to be more social and talk to people you wouldn’t normally talk to. When you were gaming there were a lot of people you may have been judging, and now this is an opportunity to build your own personality.

Finally, he encourages you to reflect on your actions. There will be times that you think you will want to play, but in these moments you need to pause, and remind yourself what your purpose is – what your goal is by quitting. Sometimes you will forget it, so it’s key to remind yourself of your why.

Best of all, the relationship he has with his family has improved, and that was important to him, not only to have a better relationship with his father, but also his grandparents.

I encourage everyone who is struggling with video games and thinking about quitting to go for it. It helps you secure your future, and it also brings happiness to those in your family.

Josh turns 14 in the fall and he has a bright future ahead of him. And that future is even brighter because of his decision to quit playing video games.

Thanks for sharing your story, Josh!