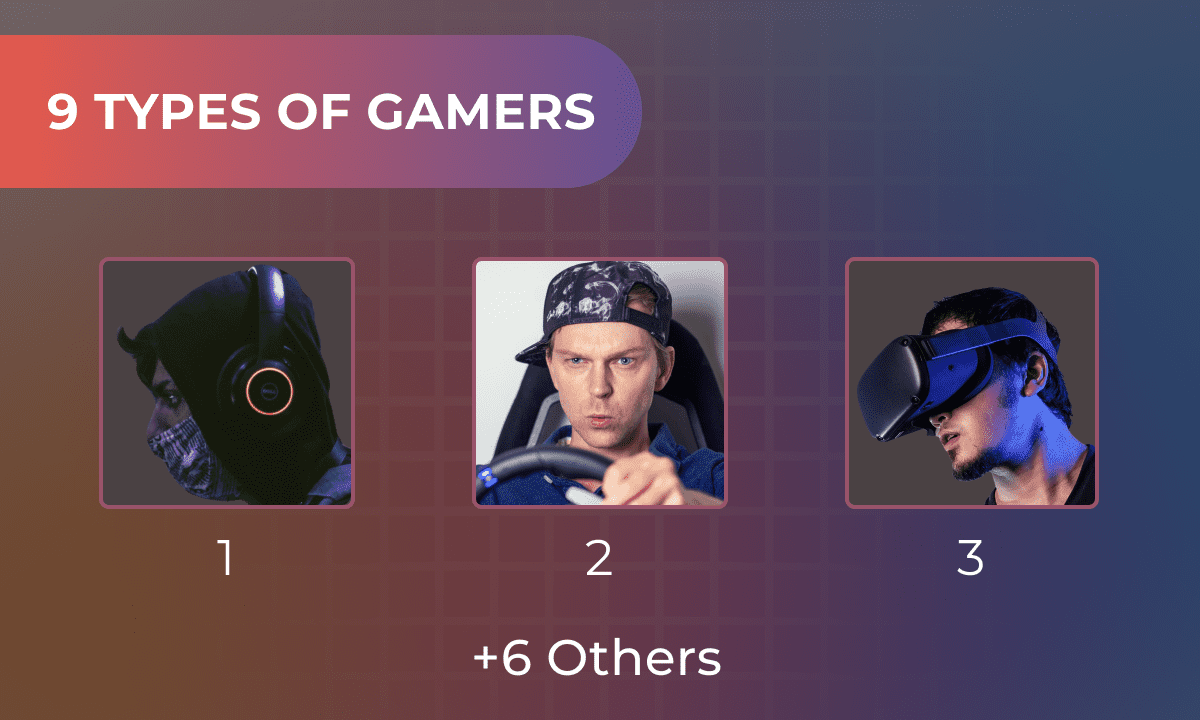 Gaming is a global phenomenon with 3.4 billion active players worldwide. With players from different countries and backgrounds, the question is are they all the same or are there different types of gamers?

We have identified nine different types of gamers and in this article we will help you understand what your gamer type is, and also what you need to know about it.

As the popularity of video games has risen, so have the number of people with unhealthy gaming habits. In 2019, the World Health Organization (WHO) officially recognized gaming disorder as a mental health condition. So let’s start by looking at the four different types of gaming behavior.

The four types of player behavior 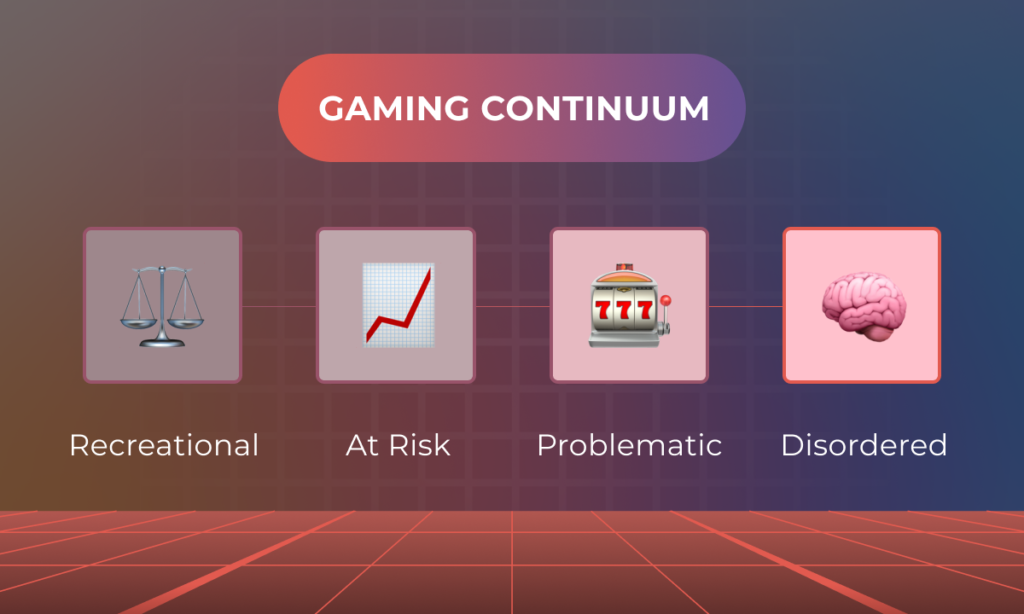 Video gaming is an activity that occurs on a continuum, from healthy to harmful. There are four types of gaming on this spectrum: recreational, at risk, problematic and disordered.

When gaming is a positive habit, it is a regular part of life – people make time to play video games but still manage to prioritize school, work and other responsibilities.

This is when gaming habits start to cause some day-to-day issues that, if continued over time, may result in problems and ultimately escalate into disordered gaming.

Gaming becomes problematic if it begins to replace other daily commitments and activities. It can negatively affect the player’s mental and physical health, family dynamics and relationships.

Also known as video game addiction, disordered gaming is when a player is unable to control their gaming habits. It is defined as ‘gaming disorder’ in the World Health Organization’s International Classification of Diseases (ICD-11).

All gaming activity can be described using these four types of gaming. Therefore, each of the different types of gamers outlined below fits somewhere along the gaming continuum.

What are the different types of gamers?

Let’s look at the different gamer types to understand what are casual gamers and what is a heavy gamer? In 2015, Joël Billieux and his team conducted a study to identify the traits associated with different types of gamers. 1 1. Billieux, J., Thorens, G., Khazaal, Y., Zullino, D., Achab, S., & Van der Linden, M. (2015). Problematic involvement in online games: A cluster analytic approach. Computers in Human Behavior, 43, 242–250. × They wanted to understand more about the differences between problematic gamers and those who played without any negative consequences.

So, what are the types of gamers they found? They split them into non-problematic gamers – recreational and social – and problematic gamers: the achiever, the escaper and the hardcore gamer. 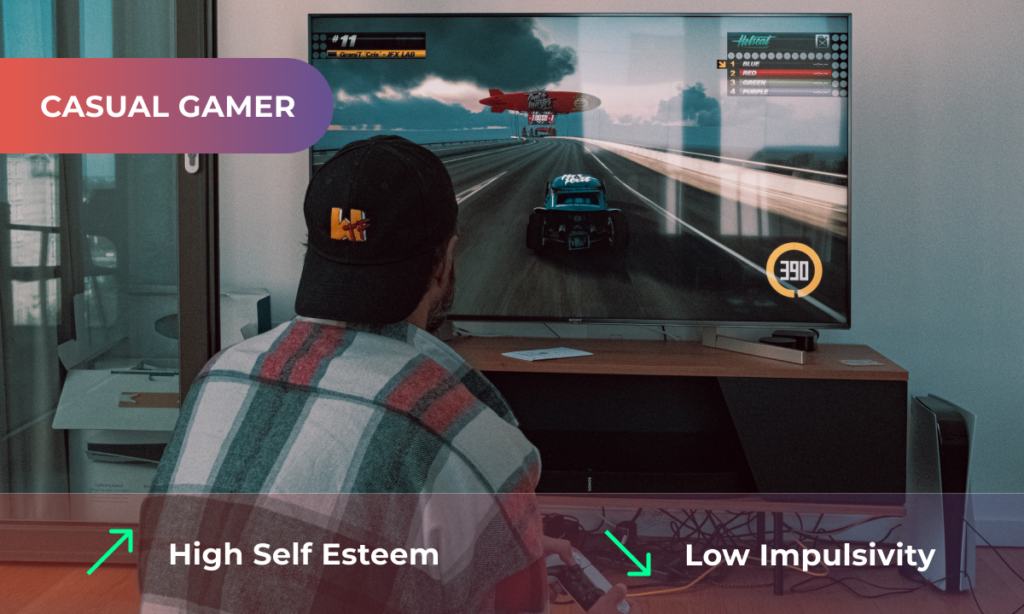 A recreational (casual) gamer has low impulsivity and high self-esteem. Playing video games is usually a hobby they enjoy alongside other interests and activities. Gaming doesn’t satisfy their basic needs and they don’t feel compelled to game in order to escape or feel a sense of achievement. 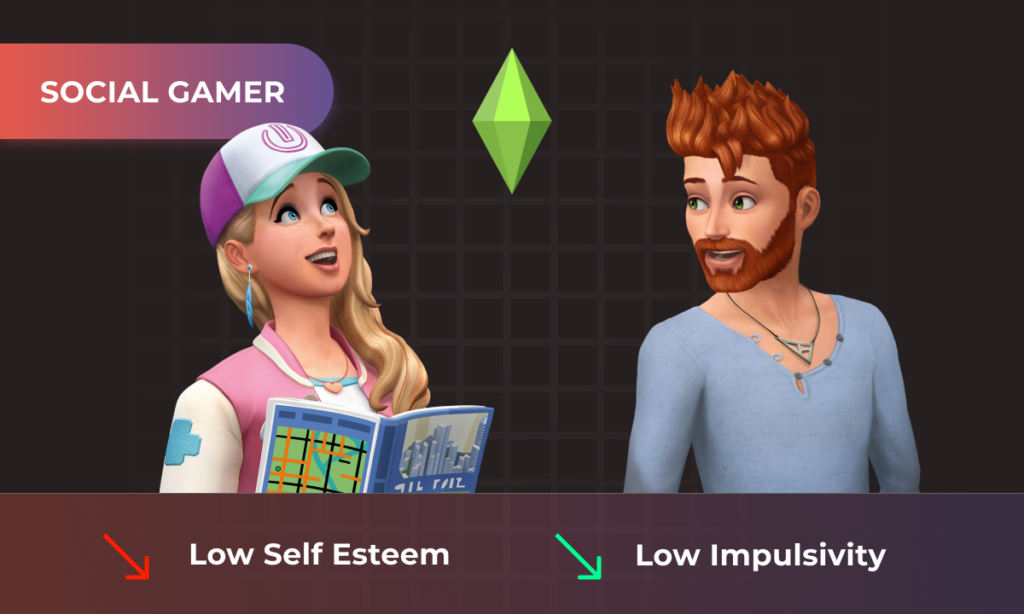 This type of gamer has low impulsivity, so they aren’t driven to play compulsively. But, unlike recreational gamers, they have relatively low levels of self-esteem. They play video games for the social experience and enjoy creating virtual characters and the role-playing opportunities this brings. However, in most cases, they are not trying to replace their real-life identity.

“Two of my best friends I know from outside gaming also play with me. My social circle and my gaming is so interlinked.” – Gamer 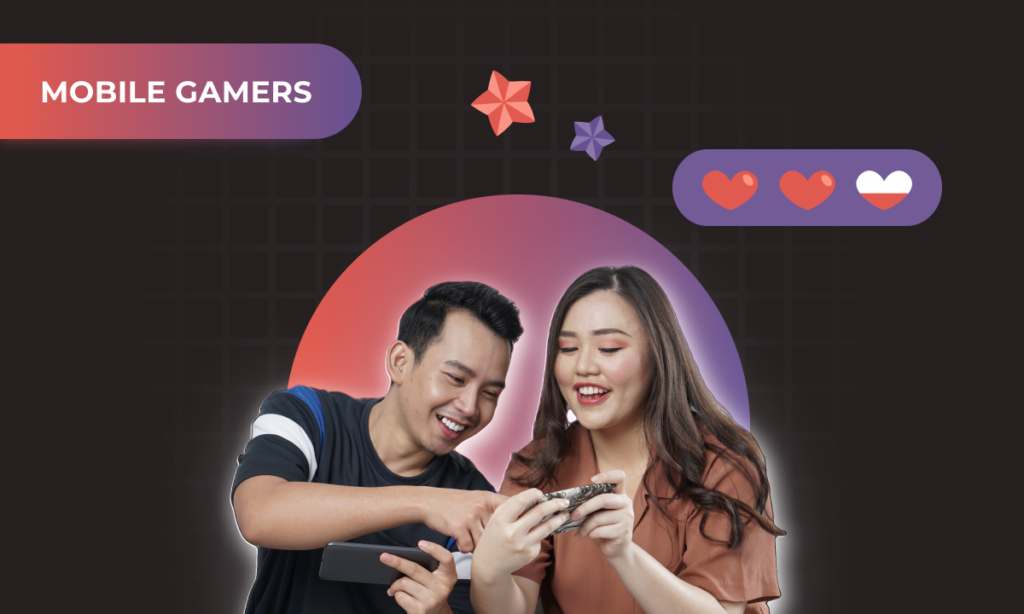 A mobile gamer is someone who prefers to game on a smartphone rather than a console or PC. Often they will play games such as Candy Crush or PUBG. Having access to video games 24/7, gives this type of gamer the opportunity to play anytime, anywhere. This could lead to problematic play if they’re unable to control their gaming habits, especially if they play these addictive mobile games.

However, many gamers enjoy the accessibility and convenience of gaming on the go without any adverse consequences. It is therefore likely that mobile gamers fall into each type of gamer category outlined on this blog. 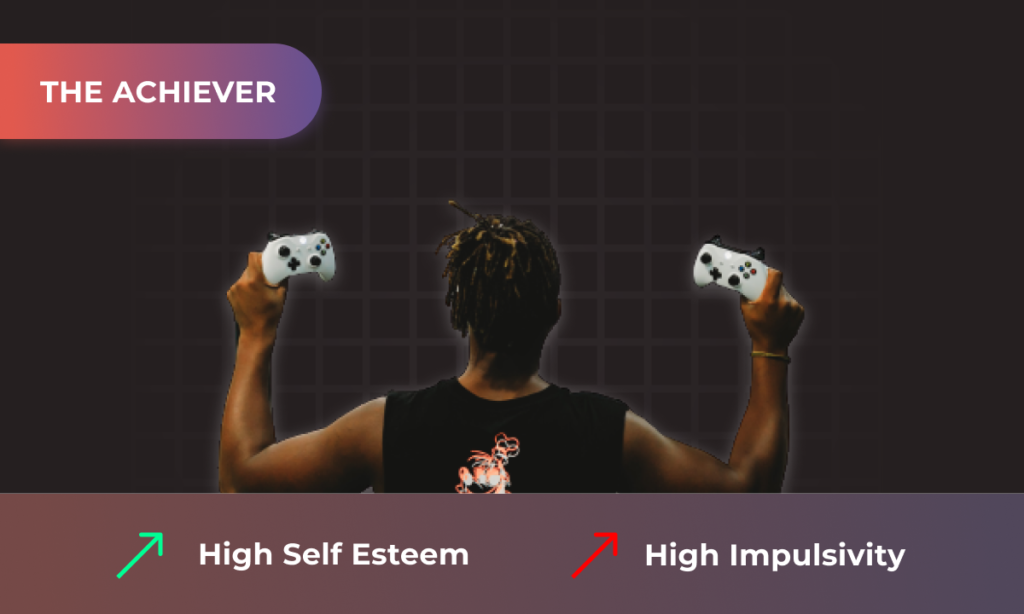 Achievers are highly impulsive with high self-esteem. They want to excel in the game and are less interested in role-playing, socializing or escaping from real-life problems. As they are highly impulsive, they lack self-control and have trouble resisting the immediate gratification provided by gaming. Their high self-esteem means they don’t play to boost their self-worth, they play because they want to master the game.

“It’s a crave for achievement and recognition and reward. That exact same feeling needs be applied in real life work. That competitive mode. I only played PVP in everything. Except assassins.” – Gamer 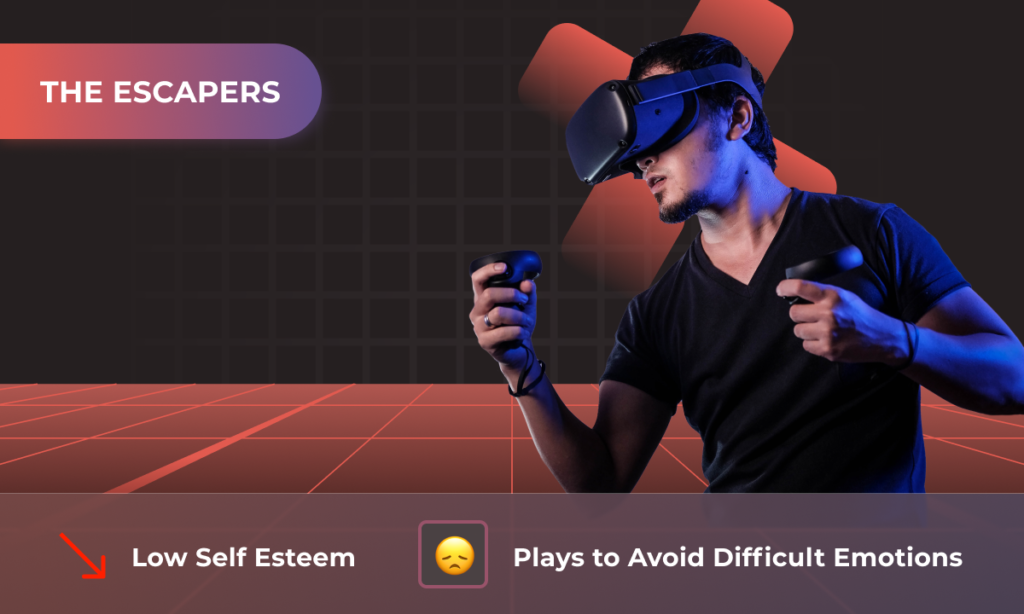 Escapers engage in immersive gameplay as a coping strategy to relieve negative moods. They play more to escape from real-life difficulties and their low self-esteem than to succeed in the game. It is likely that their gaming behavior is due to an underlying mental health condition or a traumatic life event.

“Gaming has devoured precious time I should have used for studying and was one of the main reasons I dropped out of university. It creates a desire to withdraw into my own world rather than spend time with people who care about me.” – Gamer 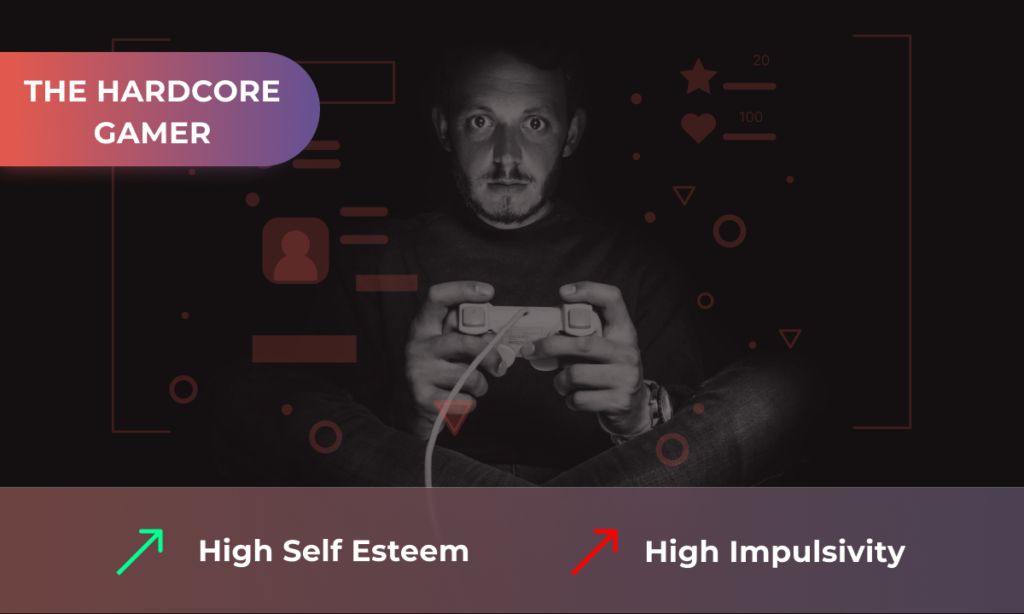 The hardcore gamer is a combination of the escaper and the achiever. This type of gamer is mainly motivated by achievement and escapism, but role-playing is also an important part of their gameplay. They have high self-esteem and high impulsiveness which affects their decision making and control. They define themselves through their gaming life and reputation; their sense of self is boosted by their virtual world achievements and status.

Personally, I’m an example of a hardcore gamer. I liked to achieve and see if I could be the best player I could be, but I was also dealing with a lot of real-life challenges and stress and needing to escape and just play for hours and hours and hours and not have to think about what was going on in my real life. The problem was that no matter how much gaming I did, it didn’t fix any of the problems that I was experiencing so things just tended to get worse and worse. Although the achievements I got in the game made me feel like things weren’t so bad. That’s a big reason why I was addicted to playing World of Warcraft and many other hardcore players are too.

At Game Quitters, we have also come across four other types of players: at-risk gamer, problematic gamer, disordered gamer and mobile gamer.

A heavy gamer (also known as an at-risk gamer) spends a significant portion of their leisure time gaming without experiencing negative consequences. They are still able to manage their responsibilities – like school assignments, work demands and family commitments – spend time with family and friends, and usually have other hobbies and interests.

They may want to play more but being irritable or moody when they can’t play is uncommon. They sometimes feel like they’re not reaching their full potential, but as long as they keep their gaming under control, it is not problematic.

Some behaviors that may increase the risk of excessive gaming include having few activities besides gaming, spending large sums of money on gaming, heavy weekday gaming sessions, and pursuing esports or streaming as a career. 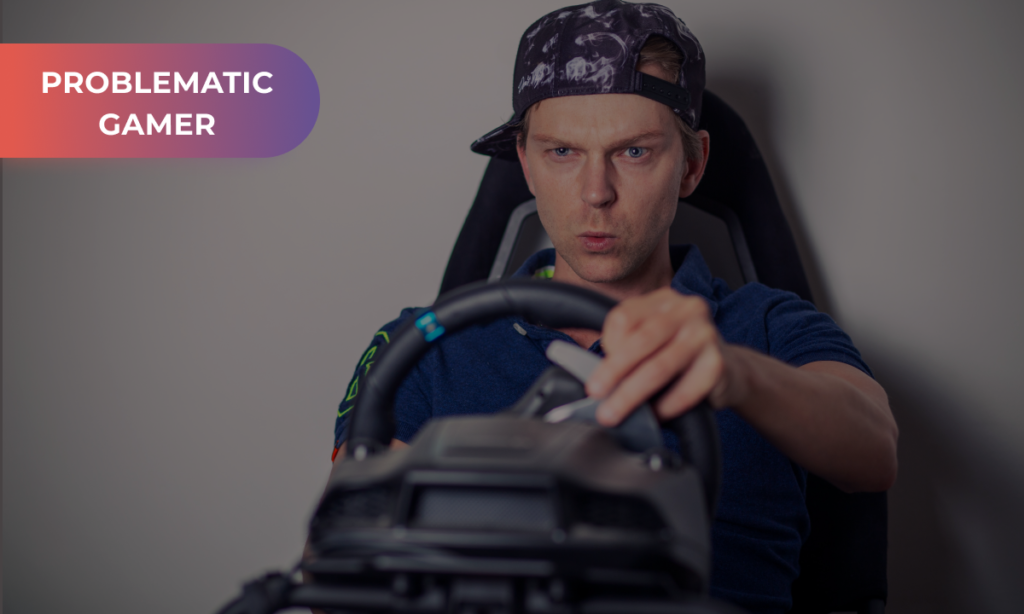 “Both my mental and physical health began steadily declining. I feel irritable and depressed all the time and nothing about life seems fun or exciting anymore, even video games.” –Gamer 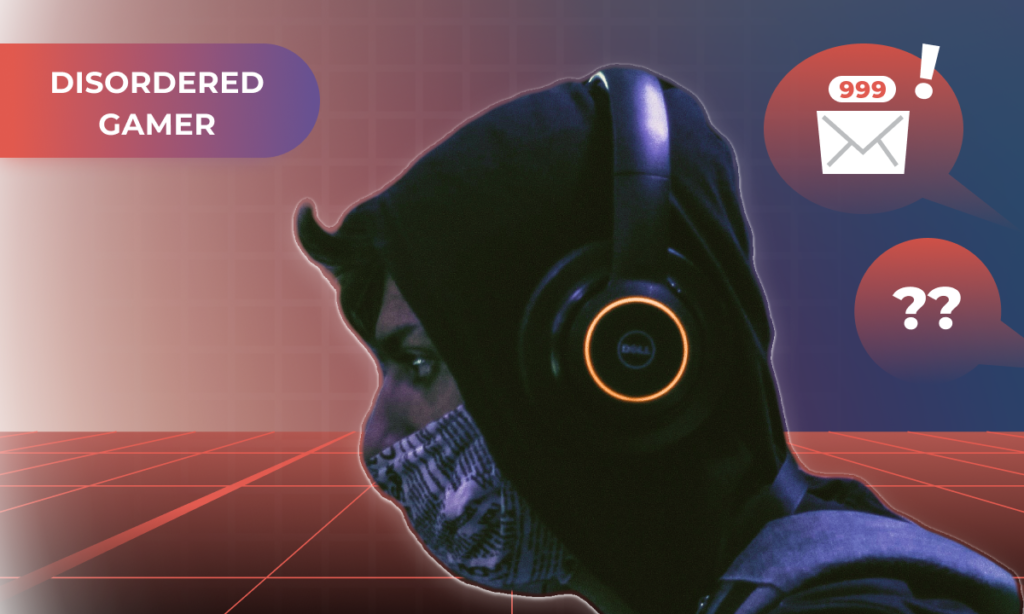 At this point, the gamer is addicted. They experience negative consequences from playing video games but feel compelled to continue. This impaired control over their gaming results in functional impairment. A disordered gamer is a type of gamer assessed by a qualified professional and may include formal screenings for WHO’s gaming disorder classification criteria.

Curious about your type of player? Take our video game addiction test for gamers.

Do you have a gaming problem? Do you need help to get your gaming under control or are you worried about a loved one’s gaming habits? If so, we can help.

Our Respawn program helps gamers to quit or moderate their gaming habits.

The Reclaim program helps families reduce conflict and manage problematic gaming at home, even if the gamer is currently in denial.