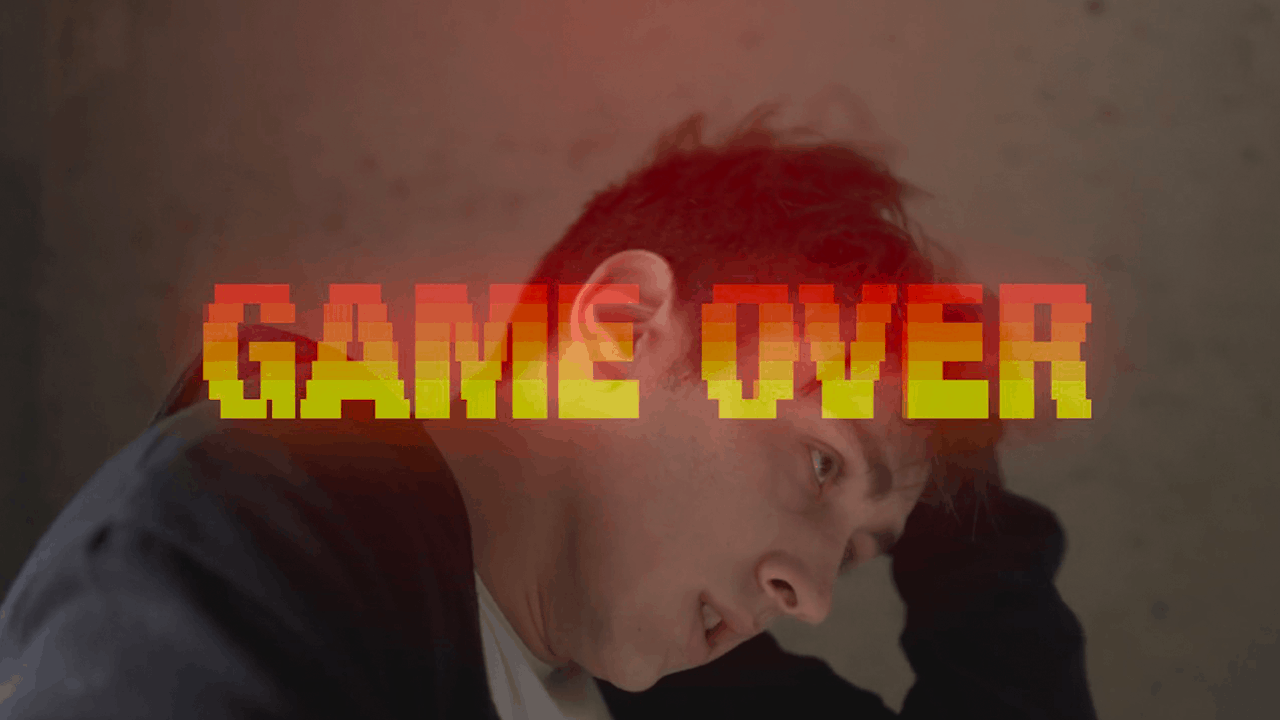 On May 25, 2018, the World Health Organization (WHO) added gaming disorder to their list of diseases – ICD 11.

The WHO stated that the main reason for including the gaming disorder on their list was the ever-growing body of evidence that shows gaming disorder causes functional impairment to someone’s life:

“…the exclusion of other daily activities, as well as to any changes in their physical or psychological health and social functioning that could be attributed to their pattern of gaming behavior.”

Globally, gaming disorder is estimated to impact 3% of gamers. We have put together a set of detailed video game addiction statistics for you, including how the issue affects different countries.

For individuals struggling, there are video game addiction withdrawal symptoms you can be aware of regarding psychological health. Some of the most common ones include:

Gaming disorder is treated as a mental health condition. However, it can be a disorder of our brain’s reward system.

According to the dopamine theory of addiction, playing video games causes a quick release of dopamine. This causes our reward system to be flooded by a sudden rush of dopamine, which makes us feel pleasure and happiness.

When we play games for prolonged periods, this can create a dopamine imbalance. Other activities don’t provide us with the same amount of dopamine, which leads us to play more and more games to feel the same levels of satisfaction we once did.

Below we will share more the common symptoms you may experience when you stop gaming.

Because they can no longer access their favorite source of entertainment, they’ll start to feel edgy and irritable about it. In some cases, the irritability goes to such an extent that the individual gets aggressive with people around them.

“My son has been without games for one week, and he attacked me last night. He body-slammed to the floor. I hit my head and now feel like I might need to visit the hospital. This shit is out of control. It just takes their minds. He’s only 13.”

If you or your child starts to experience these symptoms, it’s important to have a safety plan. It’s normal to feel irritable and even angry, but aggression or violence should be treated seriously. Contact your local emergency department immediately if violence occurs.

When you stop doing something that you love doing, you’ll start to crave it. The same goes for video game addicts, only that the cravings can be so intense that the addicted person will be prepared to do almost anything to get another game.

These cravings are caused by the imbalance of chemicals in our brain – most importantly, dopamine. For example, when we play video games, increased amounts of dopamine are released, caused by the hyperarousal of our brains.

Video game addiction causes individuals to crave games after they stop playing them. They start to seek entertainment and pleasure from these games, and if they can’t get it, they begin to feel irritated or even aggressive.

Watch: How to Stop Cravings

As we’ve already mentioned, most of the video game addiction withdrawal symptoms will be psychological.

Then there’s also the aspect of social isolation and gaming addiction. Because most gaming addicts are deprived of real-world social connections, they start to feel depressed because of this as well.

Depression and sadness are not to be confused, though. Sadness is a temporary state of mind, while depression is a clinical diagnosis and it requires treatment. Sadness should start to disappear after 2-3 weeks after quitting gaming, but if it persists and other symptoms such as irritability are present, then you should talk to a therapist.

General anxiety and social anxiety are not uncommon, too. Once the gamer stops playing video games, they’ll often start to feel depression and anxiety, which were set in stone during the addiction already. When they stop playing games, these two withdrawal symptoms begin to get amplified.

According to members of our community, most of them tend to spend at least four hours a day on video games. Additionally, many spend four additional hours on other types of entertainment, like binge-watching Netflix or YouTube or spending too much time on Reddit.

When video games are no longer a distraction, it creates a deep hole in their schedule. All of a sudden, their main daily activity is taken away. As a result, hours of daily time are freed up, and it often happens that the person has no other activities to replace the gaming activity.

Gaming is a challenge; we like to be challenged, and suddenly, you lose your main source of challenge. As a result, you start to lose a lack of purpose, and you don’t know what to do next in life.

It’s normal to become bored because of a lack of video games. The solution for this is simple: find other activities to replace your gaming. You can use our hobby tool to find some great hobbies that you’ll enjoy doing.

Headaches are not as common as other symptoms, but they often happen. Many members of our community report having severe headaches after stopping gaming.

Insomnia and even nightmares are also commonly present in addition to headaches. Now, headaches after quitting gaming should not persist very long – usually, they should go away after about a week after stopping.

I know when I quit gaming, I had a bunch of nightmares about me playing, and it’s a weird experience, but they will go away eventually.

Watch: Is It Normal To Have Dreams and Nightmares About Gaming?

You should know that overcoming addiction is a huge process to go through. As you stop playing, big changes start to happen in your brains, which begin to cause these withdrawal symptoms.

In some cases, it might even cause thoughts of suicide. If that’s you, please talk to someone about this, whether your friend, teacher, parent or therapist. It’s best to let your feelings be known and seek help immediately.

Regardless of how long the withdrawal symptoms last or how intense they are, it’s important to focus on embracing them as they happen.

It would be best if you learned how to navigate them instead. Some symptoms might last for much longer than just a few weeks. For example, some people still feel cravings for playing games years after quitting playing.

So the best way to cope with the withdrawal symptoms is to embrace them as they happen at the start and then learn how to navigate your life despite them.

Everyone’s a bit different, and the types of withdrawal symptoms and why they’re happening will be unique for you, but there’s a few things I can share about this.

The first is that withdrawal symptoms tend to spike initially after you stop for the first 84 hours, and then they begin to dissipate over time.

Now, how long this will take is hard to say. Still, generally, boredom, for instance, usually takes about three weeks before you start to experience other activities as being engaging and fulfilling in the same way.

Overall, the biggest gains and benefits tend to happen in the first 30 days of not gaming, and then things become just more normalized in your life.

So how can you navigate the video game withdrawal symptoms?

Step 1: Give yourself some space from gaming. This means that you’ll want to uninstall all of your games and delete your accounts if necessary. You’ll also want to delete your games from your phone, unsubscribe from gaming subreddits, and use blockers to block all gaming content. It might even mean taking a step away from your gamer friends. We have a list of tutorials on deleting your accounts here.

Step 2: Create and improve your coping strategies. It would help if you learned how to cope with the withdrawal symptoms as they happen. You might want to find replacement activities and hobbies. Also, find other ways to relax: meditate, do yoga. You could also go for a walk, listen to podcasts or music you find relaxing, or read books.

To feel the sense of progress, you make in games, you should start new hobbies or learn new skills. These should keep you motivated and challenged throughout the process.

Step 3: “This too shall pass.” Know that most of these symptoms are temporary and will go away after some time. After that period, you can start enjoying the little things in life again. No matter how intense the symptoms are, they’ll be gone. Just stay focused and strong. You’ve got this!

Get Help When You Need it.

Don’t be afraid to ask for help if or when you need it! You can talk to your friends and family about your problems or someone you trust, or a therapist.

At Game Quitters, we have created a full guide on overcoming your video game addiction symptoms – it is included in our guide called Respawn, where you’ll also find other tips and strategies for overcoming your gaming addiction.

We also have other guides and content that you can use, including:

If you’re a mental health professional and would like to learn more about treating gaming addiction, visit INTENTA for more information.